Home » Politics » The true story, and tragic ending, of 76 Allied prisoners' 'Great Escape' from the Nazis

The true story, and tragic ending, of 76 Allied prisoners' 'Great Escape' from the Nazis

Just after 5:00 a.m. on March 25, 1944, a German soldier patrolling around the Stalag Luft III prisoner-of-war camp in Żagań, Poland, noticed slushy tracks in the snow outside the camp.

As he got closer, he noticed a prisoner crawling through the snow. Realizing an escape was underway, the soldier fired his weapon in the air and called for help. Alarms went off all around the camp, floodlights were turned on, and four prisoners were captured at the mouth of a tunnel.

In the hours that followed, the Germans realized the full extent of the escape: 76 men had made it out in the largest escape attempt of the war. Almost all of them, however, wouldn’t make it to freedom.

A plan to escape 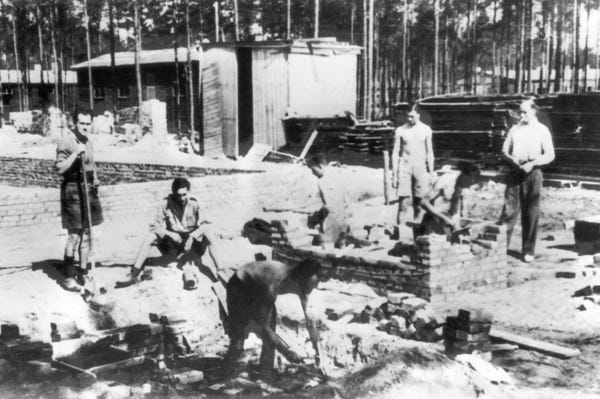 It was supposed to be extremely hard to escape from Stalag Luft III. Run by the Luftwaffe, the camp was built on sandy soil, which made tunneling difficult. The prisoner huts were elevated so any tunnels could be spotted, and seismograph microphones were buried 9 feet deep along the fence line to detect digging.

The camp housed thousands of prisoners. Most were officers from US, UK, and Commonwealth air forces, though a number of prisoners and workers there were from other Western and Eastern allied countries as well.

The obstacles didn’t deter Roger Bushell, a Royal Air Force squadron leader who was shot down at Dunkirk and had already made two escape attempts at other camps.

In March 1943, Bushell assembled an “Escape Committee” and planned a massive and extremely daring escape.

Three 30-foot deep tunnels would be dug to get roughly 200 men out of the camp. The escapees, with forged documents, civilian clothes, maps, and compasses, would then take trains or hike to a neutral country or seek out friendly resistance groups.

Failing that, they were to remain on the run for as long as possible to force the Germans to divert war resources to their recapture. 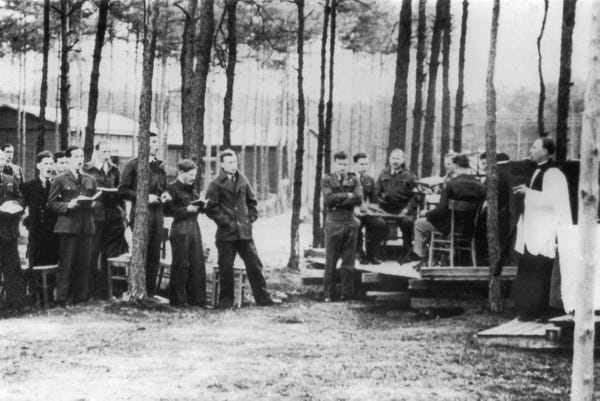 About 600 prisoners worked on the plan for a year. Fifty complete suits were made almost from scratch, 4,000 maps were procured or duplicated, and 500 compasses were distributed. Hundreds of forged documents, like travel passes and worker papers, were created as well.

About 100 tons of sand was excavated by hand during construction of the tunnels and discreetly distributed around the prison grounds. Wood from 4,000 bed boards, 62 tables, 34 chairs, and 76 benches was used for support beams and ladders in the tunnels, codenamed Tom, Dick, and Harry.

“Tom” was discovered by the Germans in September 1943, while “Dick” was abandoned and used for storage after the area it led to was cleared for camp expansion.

That left “Harry.” Built under a stove in hut 104, it was 336 feet long and 2 feet wide. Electric lights were strung throughout the tunnel, which also had a small trolly line and an air pump to circulate air.

The tunnel was declared ready for use by March 14, but Bushell and the Committee wanted to wait for a cloudy and moonless night to attempt the escape. On March 24, weather conditions were supposed to be favorable, and the escape was a go. 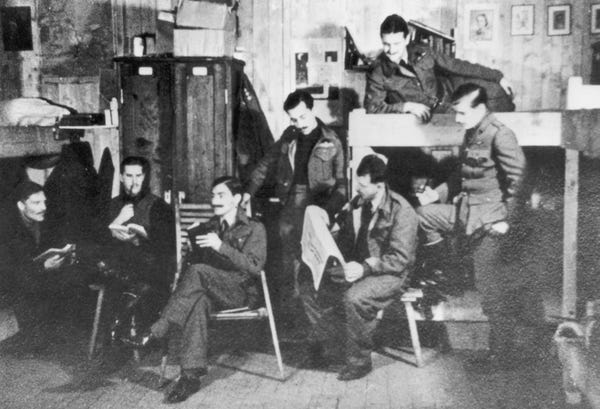 The escape began at 8:45 p.m., with 200 men crammed into hut 104. But there were immediate problems. The freezing temperature and thick snow had frozen the soil just below the surface, forcing the escapees to spend over an hour digging their way out.

When they breached the surface, they discovered more problems. The tunnel was unexpectedly short of the tree line and just 15 yards from an external sentry tower. That almost led them to cancel their escape attempt, but the forged documents were date-stamped and would be worthless if not used.

One by one, escapees crawled out of the hole and into the woods. Progress was painfully slow; one man left about every six minutes instead of every two minutes as planned. To make matters worse, a nearby bombing raid forced the Germans to cut the power, and multiple cave-ins caused more delays.

It became clear they would not meet their goal of 200 escapees. Bushell had already left, but the officer he left in charge decided to stop at 87, but the discovery of the 77th man brought everything to an abrupt halt.

The guards forced all prisoners out of their huts and tried to determine who was missing. The prisoners tried their best to buy time for their comrades by giving false names and milling about, but they were threatened with execution if they didn’t comply.

Within hours, the entire area was on alert. 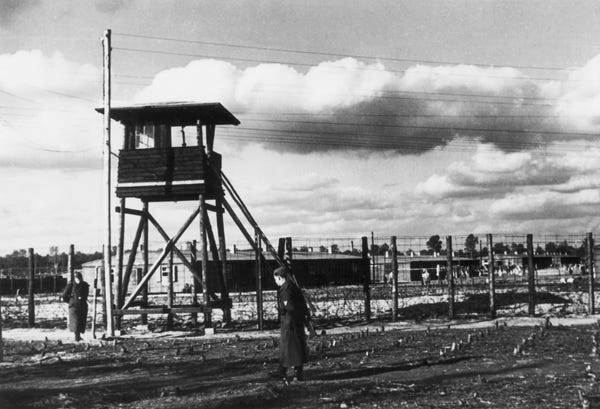 A massive manhunt began as soon as the scale of the escape was clear. Within two weeks, 73 had been recaptured. Infuriated by their brazenness, Hitler ordered all escapees be executed — a clear violation of the Geneva Conventions.

German generals argued that doing so would risk Allied reprisals against captured German airmen, and Hitler instead ordered more than half be executed.

In weeks that followed, the Gestapo executed 50 men singly or in pairs. They were driven to isolated locations near the camp in an attempt to hide the murders. All were labeled as having been killed while resisting capture or attempting to escape.

The remaining 23 prisoners were sent to other prison camps, including Sachsenhausen concentration camp and Colditz Castle.

Eighteen Gestapo officers were tried for the murders after the war. Five received prison sentences, while 13 were sentenced to death and executed.

Two Norwegian pilots, Per Bergsland and Jens Müller, reached Stettin, where they secured passage to neutral Sweden on a Swedish ship. They then flew to Scotland and spent the rest of the war as flight instructors in Canada.

Bram van der Stok, a Dutch pilot, made it to neutral Spain with the help of the multiple resistance groups. He returned to Britain through Gibraltar and served in the rest of the war as a fighter pilot.