Home » Politics » The royal yacht project will not go ahead

The royal yacht project will not go ahead 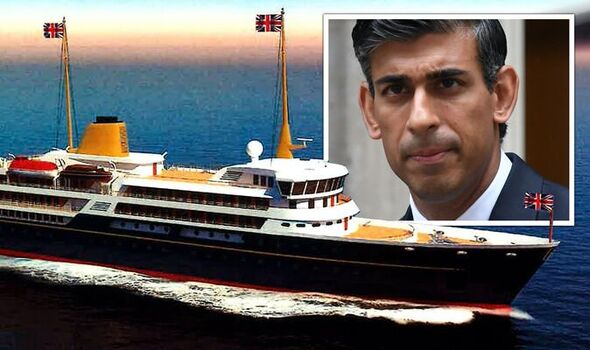 Work on the Royal Navy crewed ship had been due to begin this year. Seen as a national flagship to drum up trade, it would have doubled as a replacement for Royal Yacht Britannia. But Mr Sunak is set to scrap the plans, branded a “vanity project” by critics, as part of a raft of cutbacks.

Rishi will sink plans for the Royal Navy’s “national yacht” as part of cost-cutting measures, sources have confirmed.

The idea for a national flagship was pioneered by Boris Johnson and was intended to replace The Royal Yacht Britannia, which was decommissioned in 1997.

Instead of just serving the Royal Family, however, the vessel was also to be used as a business platform to host trade initiatives and foreign dignitaries.

This would have included docking in ports where a prime ministerial visit was taking place to accommodate parallel discussions between British and local businesses.

The 4,500-ton vessel – which would have boasted a complement of 200 sailors – was to have been built in Newcastle or Glasgow, creating jobs and helping to level up northern Britain.

It had been suggested the yacht could double as a replacement for Britannia and be made available to working royals. But the Palace appeared lukewarm and royal sources reportedly dismissed it as “too grand” a symbol to represent a 21st-century monarchy.

Liz Truss recommitted to the project when she became PM, suggesting that its ballooning £250million cost should be met by private sector funding.

But Chancellor Jeremy Hunt has now asked all departments to look for savings to help counter the economic crisis as he seeks cuts of £40billion. And last night senior sources in Downing Street confirmed that the yacht would no longer be built.

The Ministry of Defence had planned an international competitive procurement process to select a team to design and deliver a “vessel which reflects British expertise and includes the latest innovations in green technology”.

When first announced, the new royal yacht – which was expected to have a 30-year lifespan – was priced at £150million.

But this soared to £250million, with more than £2.5million already spent on staff costs and consultants.

Among the architects to have submitted proposals were Foster + Partners, Renzo Piano and Zaha Hadid, as well as designers John Pawson and Philippe Starck.

According to an initial MoD contract notice, “the ship will be the first national flagship since 1997, when the HMY Britannia was decommissioned.

“As well as being a resource for British firms looking to export globally, the ship will also be a manifestation of British ingenuity and shipbuilding expertise.”

Last night, a senior Whitehall source confirmed: “The national flagship, as it is known, will not be going ahead any time soon.

“The Prime Minister’s team have identified it as non-essential and therefore it is off the list in order to make savings.”