The Looming Showdown Over Unemployment Benefits

Extra federal unemployment benefits are set to expire this year, and Republican state legislatures will be eager to cut benefits further once they do ― unless Democrats in Congress come up with a plan to stop them.

So far this year, Republicans in Tennessee, Iowa and Louisiana have proposed bills to cut down how many weeks jobless Americans can get unemployment pay. These proposed cuts, which GOP legislators say are necessary to shore up unemployment trust funds, could mean an even weaker safety net for millions of Americans for years to come.

Democrats in Congress have options: They can extend the federal programs created in response to the pandemic, or enact a broader overhaul of the state-federal unemployment compensation system.

Senate Finance Committee Chair Ron Wyden (D-Ore.) is set to introduce legislation this week that would reform the unemployment system, but it’s unclear if Democrats will prioritize the proposal.

“This year-long economic crisis has underscored the urgent need to reform the unemployment insurance system so it better supports workers, particularly workers of color, and meets the needs of the 21st century economy,” Wyden said. 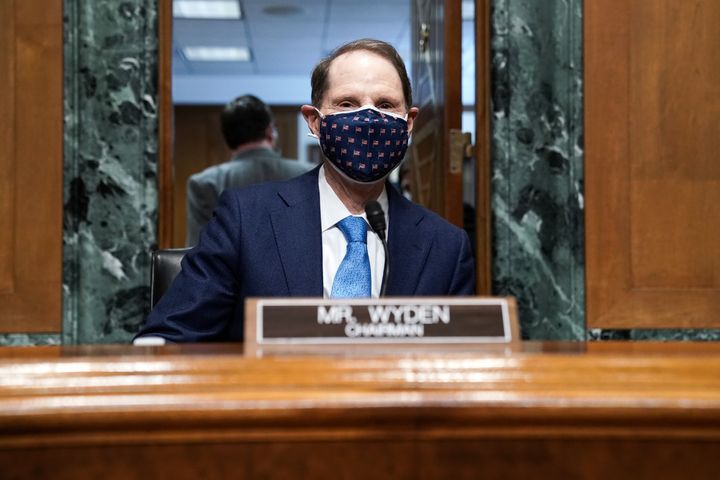 A Democratic Congress temporarily expanded benefits in the aftermath of the Great Recession, and then Republican lawmakers in nearly a dozen states made permanent cuts to their own programs. Florida, for instance, reduced the duration of benefits from 26 weeks to just 12 weeks when the state’s unemployment rate is low.

Democrats anticipated states would make similar moves to cut benefits during the COVID-19 crisis, and they put some safeguards in place. The CARES Act passed last year included a “nonreduction rule” forbidding states from cutting weekly payments or reducing the number of weeks claimants can receive benefits, as long as the state participates in the federal supplement program that initially provided an extra $600 per week and currently adds $300.

The federal benefits will expire in September if Congress doesn’t act, meaning the extra $300 will go away, along with benefits for gig workers and the long-term jobless. At that point, there will only be state-funded benefits, which average about $300 per week and last 26 weeks in most states.

The way the state-level unemployment system is currently set up gives state lawmakers an incentive to make cuts. Regular unemployment benefits are backed by trust funds that are funded by payroll taxes. The trust funds, which are largely inadequately funded, have taken a major hit as jobless numbers have soared during the pandemic. In many states, depleting the trust fund can trigger automatic increases in those taxes.

Republicans can argue benefit cuts are needed to help restore their state’s trust funds and prevent tax hikes for businesses.

In Tennessee, Republican legislators proposed cutting the number of weeks the jobless can receive unemployment benefits from 26 to as few as 12, depending on the state’s unemployment rate. Tennessee already has one of the smallest unemployment programs in the country, maxing out at $275 in benefits per week.

“If we want to grow the trust fund, there’s only so many levers that we can pull,” state Rep. Kevin Vaughan, the Republican behind the proposal, told the local newspaper the Tennessean. “And one of those is shorten the period of benefits.”

In Louisiana, where Democratic Gov. John Bel Edwards is faced with a very conservative state legislature, a Republican state senator has also proposed cutting the number of weeks Louisianans can be on unemployment from 26 weeks to 12. And in Iowa, Republicans are pushing a bill that would reduce benefits and limit the number of weeks a claimant can receive benefits.

“This is the clearest case ever for strong federal standards at all times,” said Andrew Stettner, an unemployment policy expert with The Century Foundation.

Democrats made sure the pandemic relief bills Congress passed included large sums of money that states could use to replace missing revenue and avoid cuts to social programs ― including unemployment compensation.

Nearly half of states shored up their unemployment trust funds by drawing from the CARES Act’s $150 billion Coronavirus Relief Fund. The American Rescue Plan passed last month includes another $219 billion in state assistance that states will likely be able to use for unemployment, but Democrats included provision disallowing states from cutting taxes if they take the money.

Tennessee was one of the states that used federal money for its unemployment insurance trust. That’s why Democrats in the state are so frustrated with this latest proposal, state Sen. Jeff Yarbo (D) told HuffPost.

“To then cut benefits to further protect that fund is offensive,” Yarbo said. “It’s some real Ebenezer Scrooge stuff here.”

Ironically, Republicans balked at the funding for state and local governments, calling it a bailout for blue states. But some red states, including Ohio, have already embraced the money. Ohio will use the funds to repay a federal unemployment loan; failing to do so quickly enough can result in automatic payroll tax increases on a state’s businesses.

“This loan was caused by the global pandemic, and paying it off now will free Ohio employers from this burden so they can instead focus on getting employees across our state back to work,” Ohio Gov. Mike DeWine (R) said in a statement last week.

The state aid was one of the most-criticized parts of the $1.9 trillion American Rescue Plan, which President Joe Biden signed into law last month. No Republicans voted for the law, with many complaining states didn’t need the extra money.

“They want to send wheelbarrows of cash to state and local bureaucrats to bail out mismanagement from before the pandemic,” Senate Minority Leader Mitch McConnell (R-Ky.) said on the Senate floor in March. “They’re changing the previous bipartisan funding formula in ways that will especially bias the money toward big blue states.” 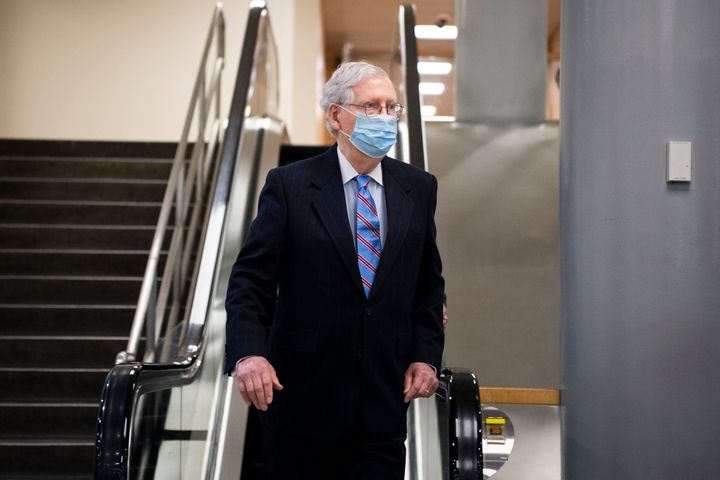 In McConnell’s home state of Kentucky, the Republican legislature approved using $575 million from the Rescue Plan to shore up the state’s unemployment trust fund, which the state’s Chamber of Commerce celebrated because it saves business from “large tax increases due to the drained Unemployment Insurance Trust Fund.”

It’s still not yet clear if states will be allowed to use the money this way. The Treasury Department is expected to issue guidance within the coming weeks, and the American Rescue Plan stipulates that states are not allowed to use the funds to cut taxes.

“What they are effectively doing is using money that is supposed to be keeping people in their homes and putting food on the table,” said Zach Schiller, with the progressive think tank Policy Matter Ohio. “Instead of providing Covid relief to families, we are going to prevent future tax increases to businesses.”

“Employer cries about taxes are just completely overstated,” Schiller added. “Let’s get real about whether this is in fact some big problem for them.”