Sunak announces he will attend climate change talks in Egypt 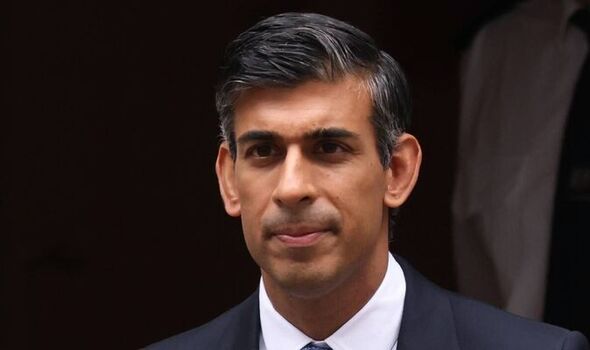 But he said yesterday the country’s economic fortunes are tied into progress on the environment. Mr Sunak told the Commons: “There is no long-term prosperity without action on climate change and there is no energy security without investment in renewables.

“That’s why I will attend Cop27 next week, to deliver on Glasgow’s legacy of building a secure, clean and sustainable future.”

Mr Sunak’s announcement came the morning after Mr Johnson said he was happy to go” to Sharm El Sheikh for the conference.

Opposition MPs said Mr Sunak was only going after being “embarrassed” into it by Mr Johnson.

But Downing Street said the PM decided to attend the summit in Egypt after making “good progress” with Chancellor Jeremy Hunt on this month’s autumn statement.

The Prime Minister’s official spokesman said: “He has always recognised the importance of this summit and indeed on tacking climate change more generally.

“We wanted to make sure we were making good progress on the Government’s domestic agenda and the autumn statement in particular.

“Following discussions with the Chancellor this week he has now agreed to attend. The Prime Minister feels there is sufficient space to make this trip.”

Mr Sunak wants to make progress on the commitment to halt deforestation by 2030 and to agree new partnerships on clean and renewable energy during his visit.

The PM’s spokesman said he was not aware of the Prime Minister and Mr Johnson “doing anything jointly together” on the climate, nor does it seem likely that Mr Sunak could offer his former Downing Street neighbour a lift to Egypt to reduce their carbon footprint.

Last Friday Mr Sunak said he was “focusing on the depressing domestic challenges we have with the economy” as he explained why he would not attend the summit.

“I think that’s what people watching would reasonably expect me to be doing as well,” he said.

Shadow climate secretary Ed Miliband said Mr Sunak had agreed to go “to avoid embarrassment not to provide leadership” and seized on his change in language, saying: “The guy is a phoney.”

“The Prime Minister has been shamed into going to Cop27 by the torrent of disbelief that he would fail to turn up,” Mr Miliband added.

“Yet again we see a Prime Minister who only makes decisions for reasons of political management not the national interest.”

The key day for world leaders is Monday, when high-level talks are scheduled, and US President Joe Biden is expected to attend.