Sullivan clarifies Biden 'in kind' comment, says US has 'no intention' of using chemical weapons 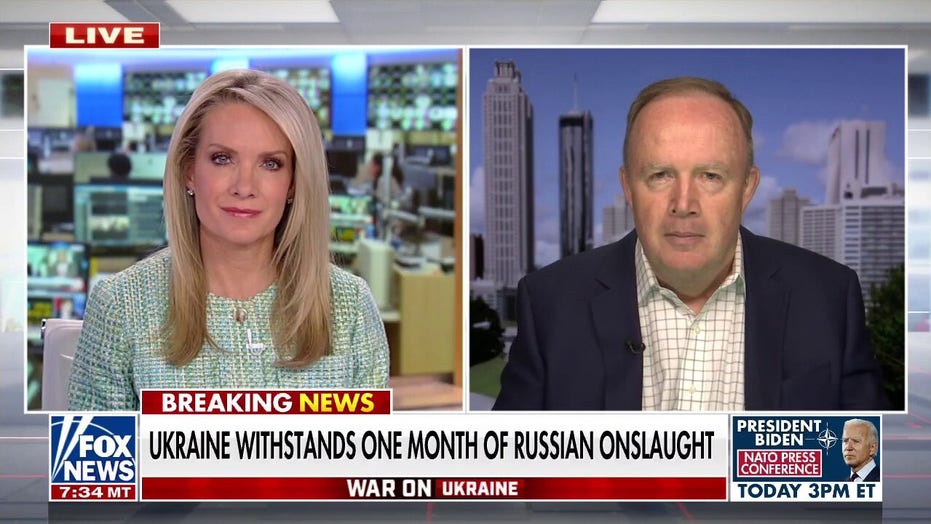 White House national security adviser Jake Sullivan said the U.S. has “no intention” of using chemical weapons, after President Biden said his administration would respond “in kind” if Russia uses such a weapon in Ukraine.

Sullivan was asked Friday what Biden meant by “in kind.”

Sullivan said that meant “we’ll respond accordingly” and that Russia would pay a “severe price.”

“We will collect the form and nature of our response based on the nature of the action Russia takes,” Sullivan said. “And we’ll do so in coordination with our allies.”

“And I won’t go beyond that other than to say the United States has no intention of using chemical weapons, period, under any circumstances,” Sullivan maintained.

Pressed further, Sullivan responded saying: “I will just say, with respect to any use of weapons of mass destruction — nuclear, chemical, biological — Russia would pay a severe price.”

Sullivan maintained that Biden administration officials have discussed this matter with allies and partners and have done “contingency planning within our own government.”

“We have communicated directly to the Russians and I’m not going to speak further to it here,” he said.

Biden, on Thursday, said the U.S. “would respond” if Russia uses chemical weapons. When asked whether Russia’s use of chemical weapons could prompt a military response from the U.S. and NATO allies, Biden maintained that there would be some type of response.

“You’re asking whether NATO would cross – we’d make that decision at the time,” Biden said.

This week, Putin spokesman Dmitri Peskov refused to say Russia would not use nuclear weapons if it thought Russia’s “existence” is under threat. Peskov said the conditions were consistent with Russia’s national security concept.

“If there’s a threat to the very existence of our country, it can be used in accordance with this concept,” Peskov stated in response to the question of whether Russia’s use of nuclear weapons could be completely ruled out, according to the Russian government-controlled news site TASS.

Last week, Sullivan spoke with the secretary of the Russian Security Council, Gen. Nikolay Patrushev, and called for Russia to “stop attacking” Ukrainian cities and towns, while warning of “consequences” should Russia decide to use any chemical or biological weapons on Ukraine.

Sullivan’s warning about Russia’s possible use of chemical weapons comes after the White House said that Russia could use “chemical or biological weapons in Ukraine” or could create a “false flag operation” using them, after the Kremlin accused the U.S. of being involved in biological weapons research at Ukrainian labs.