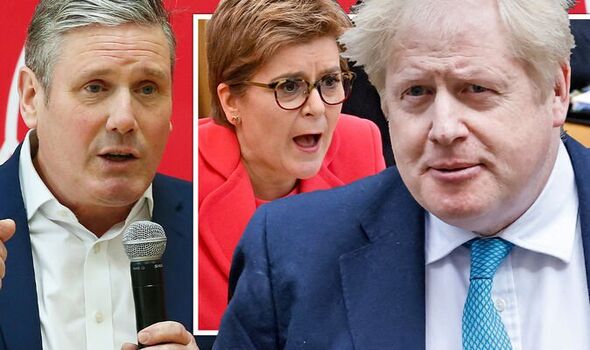 Nicola Sturgeon and Keir Starmer are leading the myriad of demands for the PM to step down as the fines following Downing Street parties devastate the reputation of the Conservative government.

Carrie Johnson, the wife of the Prime Minister, has also been told to expect a fixed-penalty notice (FPN), her spokeswoman confirmed, while Scotland Yard confirm they have delivered another 50 fines.

Sir Keir said: “Boris Johnson and Rishi Sunak have broken the law and repeatedly lied to the British public. They must both resign.

“The Conservatives are totally unfit to govern. Britain deserves better.”

Scottish First Minister Nicola Sturgeon tweeted: “Boris Johnson must resign. He broke the law and repeatedly lied to parliament about it.

“The basic values of integrity and decency – essential to the proper working of any parliamentary democracy – demand that he go.

“And he should take his out of touch chancellor with him.”

A No 10 spokeswoman said: “The Prime Minister and Chancellor of the Exchequer have today received notification that the Metropolitan police intend to issue them with fixed penalty notices.

“We have no further details, but we will update you again when we do.”