WASHINGTON — Julesa Webb resumed an old habit: serving her children three meals a day. Corrine Young paid the water bill and stopped bathing at her neighbor’s apartment. Chenetta Ray cried, thanked Jesus and rushed to spend the money on a medical test to treat her cancer.

In offering most Americans two more rounds of stimulus checks in the past six months, totaling $2,000 a person, the federal government effectively conducted a huge experiment in safety net policy. Supporters said a quick, broad outpouring of cash would ease the economic hardships caused by the coronavirus pandemic. Skeptics called the policy wasteful and expensive.

The aid followed an earlier round of stimulus checks, sent a year ago, and the results are being scrutinized for lessons on how to help the needy in less extraordinary times.

A new analysis of Census Bureau surveys argues that the two latest rounds of aid significantly improved Americans’ ability to buy food and pay household bills and reduced anxiety and depression, with the largest benefits going to the poorest households and those with children. The analysis offers the fullest look at hardship reduction under the stimulus aid.

Among households with children, reports of food shortages fell 42 percent from January through April. A broader gauge of financial instability fell 43 percent. Among all households, frequent anxiety and depression fell by more than 20 percent.

While the economic rebound and other forms of aid no doubt also helped, the largest declines in measures of hardship coincided with the $600 checks that reached most people in January and the $1,400 checks mostly distributed in April.

“We see an immediate decline among multiple lines of hardship concentrated among the most disadvantaged families,” said H. Luke Shaefer, a professor at the University of Michigan who co-authored the study with a colleague, Patrick Cooney.

Given the scale of the stimulus aid — a total of $585 billion — a reduction in hardship may seem like a given, and there is no clear way to measure whether the benefits were worth the costs.

The study does not address the critics’ main complaints, that the spending swelled the deficit, that much of the money went to economically stable families who did not really need it and that the checks were part of a pattern of aid over the last year that left some people with less incentive to find jobs. Some analysts say hardship would have fallen anyway as a result of job growth and other safety net programs.

Still, the aggressive use of stimulus checks coincides with growing interest in broad cash payments as a tool in social policy, and the evidence that they can have an immediate effect on the economic strains afflicting many households could influence that debate.

Starting in July, the government will mail up to $300 a month per child to all but the most affluent families in a yearlong expansion of the child tax credit that Democrats want to make permanent. 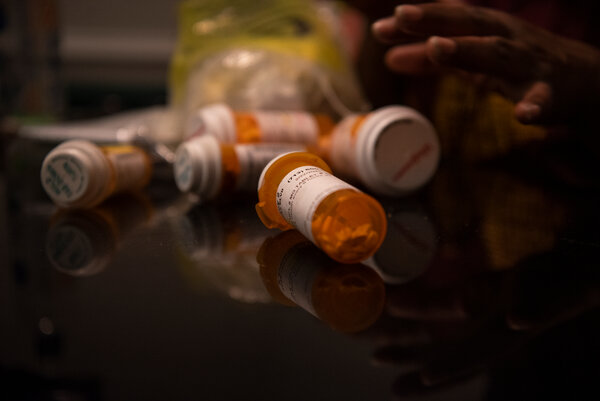 While the ability of cash payments to reduce hardship might seem obvious, Mr. Shaefer pointed out that critics of such aid often warn that the needy might waste it. He argued that the size, speed and variety of the hardship reductions vindicated the use of broad cash relief. While other forms of pandemic aid have been better targeted, some have taken many months to distribute and can be used only for dedicated purposes like food or housing.

“Cash aid offers families great flexibility to address their most pressing problems, and getting it out quickly is something the government knows how to do,” Mr. Shaefer said. Extrapolating from the survey data, he concluded that 5.2 million children had escaped food insufficiency since the start of the year, a figure he called dramatic.

The experience of Ms. Ray, a warehouse worker at a recycling company in Houston, captures the hardships that the pandemic imposed and the varied ways that struggling families have used stimulus checks to address them. Earning $13 an hour, Ms. Ray had an unforgiving budget even before business closures reduced trash collection and cut her hours by a third.

Her car insurance lapsed. Her lights were shut off. She skipped meals, even with food pantry aid, and re-wore dirty work clothes to save on laundromat costs. When her daughter discovered that they owed thousands in rent, she offered to quit high school and work, which Ms. Ray forbid. A stimulus payment in January — $1,200 for the two of them — let her pay small parts of multiple bills and restock the freezer.

“It bridged a gap,” Ms. Ray said, while she waited for slower forms of assistance, like rental aid.

Then she got cancer. To confirm the diagnosis and guide her treatment, she had to contribute $600 to the cost of a CT scan, which she did with the help of a payment in April totaling $2,800.

In addition to providing for the test, Ms. Ray said, the checks brought hope. “I really got down and depressed,” she said. “Part of the benefit of the stimulus to me was God saying, ‘I got you.’ Spiritual and emotional reassurance. It took a lot of stress off me.”

Scott Winship, who studies poverty at the American Enterprise Institute, questioned the reliability of the census data used in the University of Michigan study, noting that fewer than one in 10 of the households the government contacts answer the biweekly surveys.

He also argued that hardship would have fallen anyway, since the last round of stimulus checks coincided with tax season, which sends large sums to low-wage workers through tax credits. Between the earned-income tax credit and the child tax credit, a single parent with two children can receive up to nearly $8,500 a year.

Researchers at Columbia University estimate that poverty fell sharply in March, but Zachary Parolin, a member of the Columbia team, said that about half the decline would have occurred without the pandemic relief, primarily because of the tax credits.

Noting that the stimulus checks allocated as much to households with incomes above $100,000 as they did to those below $30,000, Mr. Winship called them inefficient and a poor model for future policy. “It’s not sustainable to just give people enough cash to eliminate poverty,” he said. “And in the long run it can have negative consequences by reducing the incentives to work and marry.”

Analysts have long debated the merits of cash versus targeted assistance like food stamps or housing subsidies. Cash is easy to send and flexible to use. But targeted benefits offer more assurance that the aid is used as intended, and they attract political support from related businesses like grocers and landlords.

Throughout the pandemic, policymakers have employed both approaches. The first round of stimulus checks, $1200 per adult and $500 per child last year, started before the Census Bureau surveys began, so it is harder to gauge its effect.

With full eligibility extending to families with incomes of up to $150,000, the stimulus checks could reach nearly 300 million Americans. While that greatly increased the cost, Mr. Shaefer said it reduced the resentment that could accompany aid to the chronically needy and noted that hardships have expanded up the income ladder.

Even among households that had prepandemic incomes of $50,000 to $75,000, more than 11 percent of those with children sometimes or often lacked food at the start of the year — a figure that has since fallen in half, according to the Census data.

When some people heard the latest checks were coming, they considered the news too good to be true. Ms. Webb, a St. Louis nursing aide with three young children, lost about two-thirds of her earnings when the pandemic left fewer patients seeking in-home care. She found another job but lost it after catching Covid. Food was the first casualty.

“We’d have breakfast a little later than normal, and then dinner — no lunch,” she said. “Sometimes the kids would have dry cereal because we didn’t have milk.”

Despite her skepticism, Ms. Webb received $8,000 for her four-person family between the two rounds. She used the money to pay back family loans and reduce her overdue rent, and she started serving lunch and an afternoon snack “to make sure the kids were full-full.”

“I was like, ‘Woo!’ This is the most money I ever seen in my bank account,” she said. “I’m still in a hole, but I’m starting to see more sunlight now.”

Mr. Shaefer acknowledged that other aid and an improving economy might have helped reduce hardship, but he said the timing pointed toward the stimulus checks. Among families with children, nearly 90 percent of the improvement in food sufficiency this year occurred in the two weeks after each round of payments.

“Throughout the crisis, the level of hardship faced by U.S. households can be directly linked to the federal government’s response,” Mr. Shaefer and Mr. Cooney wrote.

Low-income families often emphasize the stress that economic uncertainty brings, especially when it threatens needs as basic as shelter and food. At the start of this year, 73 percent of households with children reported spending at least several days a week feeling anxious. That figure has since fallen to 57 percent, according to the census data.

But mental health might have improved for many reasons, Mr. Winship said, including increasing vaccinations, falling disease rates and the socialization that has accompanied the reopening of businesses and schools. “I would really question whether that’s the stimulus checks,” he said.

Still, research in recent decades has emphasized the debilitating effect that stress can have on children raised in low-income households. And recipients of the stimulus payments often describe them as an emotional balm.

For Ms. Young, 40, the problems of poverty and poor mental health are deeply entwined. A Chicago woman with schizophrenia, she is raising a teenager and a baby on food stamps and disability checks. Extra help from adult children lapsed during the pandemic when they lost work. The result was a disconnected water line and two weeks of toting jugs from her neighbor’s apartment.

“It’s really depressing, having to worry about losing your lights and water,” Ms. Young said. “Very stressful. It was a very, very dark path.”

She did not receive the stimulus payment that most people got at the start of the year, for reasons she does not understand. She checked her bank account in April, to see if she could buy a loaf a bread, when she found it swollen with a $1,400 stimulus check.

Ms. Young bought the bread — two loaves — and paid down her utility bills to avoid more outages. “I did it that day,” she said. “You just don’t know — it was such a relief.”