Home » Politics » Stelter: President Trump is winning the story-telling game, with help from his friends in the media 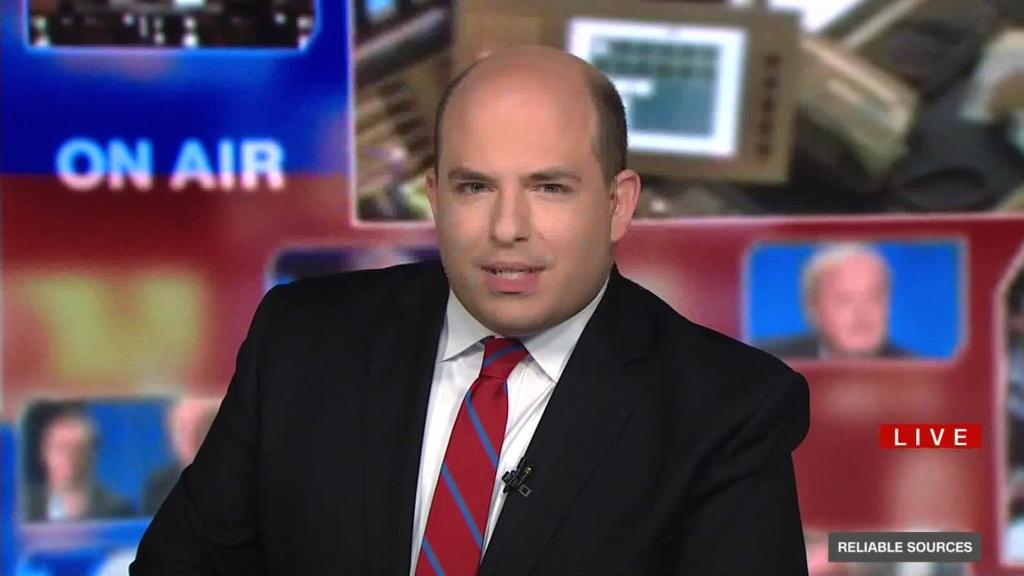 Watch enough of President Donald Trump’s rallies, and his power as a storyteller shines through.

He’s the hero, the savior, the dragon-slayer of his own story. The villains include Democrats, foreigners and the journalists in the back of the hall.

Love him or hate him, but give credit where it’s due: Trump is succeeding at telling a story.

Trump’s stories are often more fiction than fact. But the thing about a story, like a novel or a drama, is that it’s not really meant to be fact-checked. The narrative is meant to make you feel.

That’s what Trump does to great effect. Just look at the faces of the people at his rallies. The star of “The Apprentice” knows exactly what he’s doing.

At Trump’s three most recent rallies, he bombastically recounted his election night victory and bragged about defying his critics. He listed his enemies and explained how he was outsmarting them. His expressions of rage and resentment provided drama. His inside jokes and insults — even when they were hurtful to others — provided comic relief for his fans.

“We’re doing a lot of things that people don’t even know about,” he said at Saturday’s rally.

How do you fact-check THAT? You can’t. It’s just part of the story he’s telling, both at the rallies and on Twitter and Facebook.

As much as I promote fact-checking and accountability journalism, I think it’s also important to analyze what he is doing through a storytelling prism. After all, that’s how some members of his audience receive Trump’s messages.

Some of the stories — like Trumpworld’s false claims about the infamous Trump Tower meeting — may ultimately hurt the president. And his fans may eventually stop buying what he’s selling. But the body of evidence suggests his storytelling so far has worked wonders with his base.

Trump encourages his supporters to be part of the story. This relates to the uptick in attention around the QAnon conspiracy theory, but let me come back to that in a minute.

Like any entertainer, like any producer, Trump knows his story needs heroes and villains. It’s us versus them, darkness versus light. Newt Gingrich said it well on “CBS This Morning” in June: “Trump is a storyteller, he’s an entertainer. His whole career has been like this.”

When the hosts brought up Trump’s fabrications, Gingrich said, “He should tell the truth, but he also likes to tell stories. And sometimes his stories stretch things.”

Obviously Gingrich was being generous. Trump doesn’t just “stretch things,” he lies day in and day out. The dishonesty is one of the defining features of his presidency.

But many of the lies are in service of the grand story he’s telling. Look past the lies for a moment, and you can see why his crowds love it. He says he’s putting America first, fixing the economy, and fighting the dark forces trying to stop him. His story is about wall-building and swamp-draining and deep-state-defeating. In other words, he is the hero, battling against Democrats, Never Trumpers and Robert Mueller.

He is not the only person telling this story. Far from it. The pro-Trump media act as his co-producers. Hosts like Sean Hannity and websites like Breitbart tout Trump’s accomplishments and demonize people who are perceived to be standing in his way.

In Hollywood terms, it’s as if Trump has a well-stocked writers room, where loyalists develop the plotlines for the next episodes.

A shout out to friends in the media

Trump, in turn, promotes his boosters to millions of people. At Saturday’s rally, he gave shoutouts to “the guys that we love,” crediting pro-Trump hosts with having high ratings: “Hannity, Laura Ingraham, Tucker Carlson, Steve Doocy, Ainsley, Brian.” (Ainsley Earhardt and Brian Kilmeade are Doocy’s two co-hosts of “Fox & Friends.”)

A few seconds later, Trump realized he left Lou Dobbs and Maria Bartiromo off the list, so he circled back and thanked them too.

When he was talking about Fox News, Trump used the word “we.” But he doesn’t just promote TV shows, he also promotes radio shows — he called into “The Rush Limbaugh Show” the other day — and websites and books.

He tells people to read specific books that back up the story he’s telling. Sometimes his recommendations get shrugged off. Sean Spicer’s new book, for instance, isn’t selling well. But two pro-Trump books by Fox stars — Gregg Jarrett and Jeanine Pirro — are Nos. 1 and 2 on The New York Times best-seller list right now.

Think about it. By watching shows, buying books, attending rallies, and retweeting supporters — Trump gives people multiple ways to “participate” in his story — and that’s a really important part of this. That’s what “Q” is about. 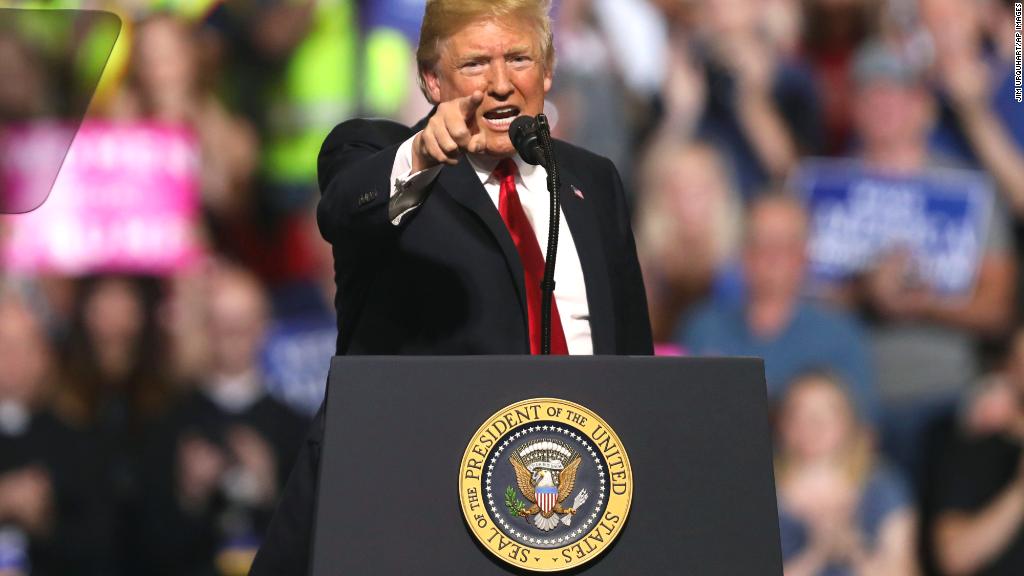 The outlandish QAnon conspiracy theory, nearly a year old at this point, garnered media attention when people with Q signs showed up at three Trump rallies in a row.

The theory takes many forms, but it essentially stipulates that Trump is secretly saving the world and stopping pedophiles and the like. As Paul Musgrave recently wrote for The Washington Post, the central conceit is that “behind the scenes, Trump is really doing something amazing and heroic — that the shambolic mess of a commander in chief the world sees is just a front for a hypercompetent superhero.”

Some believers in this theory take it really seriously. They talk about it on message boards and social media sites. Others aren’t sure what to think, but they know it’s “fun” to participate in, like a political video game. They become part of a story that stars Trump as the hero.

There’s a “choose your own adventure” aspect to all this. Trump’s allies are expert at providing a counter-narrative to the prevailing media narrative. And Trump himself knows how to change the story with the click of a Twitter button.

This is why the term “alternative reality” comes up so often in conversations about the Trump presidency.

There’s Trump … and his favorite talk shows … and his favorite authors … and the fans who come up with the conspiracy theories … all of the Twitter bots and trolls that promote it … and the politicians who play along … all amounting to a well-constructed reality that bears almost no resemblance to news reportage.

And they’re motivated to keep telling his story.