From granting voting rights to expanding worker protections, midterm voters passed a wave of progressive ballot measures across the nation. Since then, however, many of their own elected officials have delayed, diluted or simply refused to implement them.

In Florida, nearly two-thirds of voters approved a ballot measure to restore voting rights to felons. Since then, according to the Tampa Bay Times, state officials have argued that the Legislature should weigh in on what constitutes a “felon” under Florida law. Similarly, the Utah Legislature has limited the implementation of a voter-approved medical marijuana law by restricting the number of dispensaries and the forms of cannabis available.

And in some cases, local politicians moved preemptively. In Michigan, the GOP Legislature recently repealed its own minimum wage and sick leave legislation. The provisions were set to be on the November ballot as the result of citizen signature-gathering campaigns. But the Legislature prevented them from appearing on the ballot by passing the laws, then reversed itself after the election was over.

“It’s an unprecedented, blatant attempt by lawmakers to undermine the will of people,” said Chris Melody Fields Figueredo, the executive director of the Ballot Initiative Strategy Center. The ballot measure showdowns come at the same time as Republican efforts in Wisconsin and Michigan to limit the powers of incoming Democratic administrations.

While ballot initiatives have always been delayed or selectively implemented by state legislatures, recent years have seen an increase in the scale and brazenness of these efforts. Last year, South Dakota’s GOP Legislature repealed a range of ethics and fair-elections laws under “emergency” powers that prevent voters from passing them again. Also in 2017, Maine Republican Gov. Paul LePage blocked voter-approved measures to raise the minimum wage and expand Medicaid. According to The New York Times, one-quarter of the 46 ballot initiatives approved by voters in the 2016 election were rolled back or altered in implementation the following year.

“Ballot measures are often at odds with the preferences of lawmakers,” said Craig Burnett, a political scientist at Hofstra University. “After all, if lawmakers thought the policy was such a great idea, they would have enacted it themselves.”

One of the factors that explains the recent uptick in obstruction, Burnett said, is the combination of progressive ballot initiatives and conservative state legislatures. “The most recent round of measures are a reaction to the fact that Republicans have dominated state houses across the country for almost a decade,” Burnett said. “So naturally these legislators are going to be more hostile to progressive ballot measures. It’s a series of actions and reactions.”

Another factor that explains this year’s legislative backlash is the proliferation of ballot measures regulating the political process itself. After voters approved two anti-gerrymandering measures in Ohio, for example, lawmakers have attempted to restrict citizens’ ability to get measures on the ballot next election. Todd Donovan, a political scientist at Western Washington University, said legislatures are most likely to water down initiatives that limit their power to govern and their likelihood of being re-elected.

This also explains why lawmakers in Florida may be moving to limit the impact of the constitutional amendment giving felons the right to vote. “A changing electorate challenges a party’s power,” Donovan said. “Representatives in Florida might be thinking, ‘We’ve got to do this because it’ll be a different electorate next time and we’re toast.’ They’re abandoning the norm that when you lose an election you lose power.” 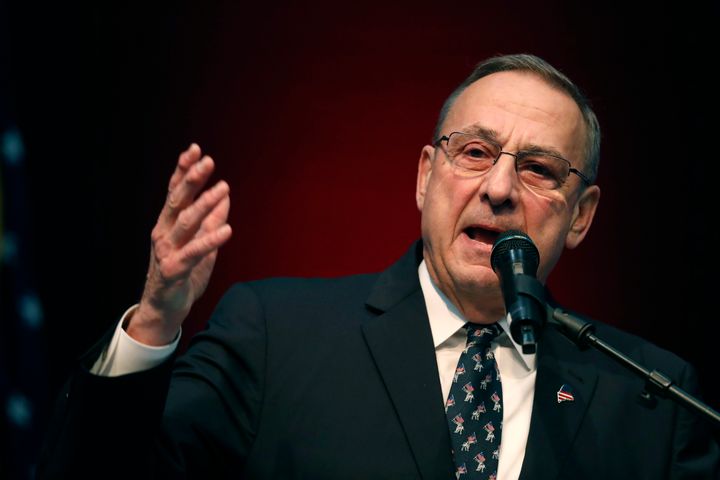 Donors and interest groups also play a role. Earlier this year, the city council in Washington, D.C., repealed a ballot measure raising the minimum wage for tipped workers. Public Citizen, a consumer rights organization, pointed out that the elected officials supporting the repeal had received major donations from restaurant industry groups that opposed the measure.

What this means, Donovan said, is that the newer, more intense challenges to progressive ballot measures could be the result of precisely the dark money and gerrymandering they seek to prevent.

“There are very few legislators worried about losing their seat,” Donovan said. Fewer Americans live in purple districts these days, and a dwindling number of local elections are decided by single-digit margins. “If you’re from a safe seat,” he said, “you don’t have to worry about the entire electorate.”

Curtailing voter-approved ballot measures through poor implementation or outright repeal falls into a legal gray zone. Eleven states explicitly permit legislatures to overturn ballot measures. Constitutional amendments, which are not implemented by legislatures, can get around this problem but aren’t permitted everywhere and can be selectively interpreted by judges. Last year, the Supreme Court struck down an effort by Arizona’s GOP Legislature to overturn an anti-gerrymandering ballot initiative.

But even courts may not provide a remedy. LePage, the Maine governor, was eventually ordered by a judge to expand Medicaid and still refused. “I will go to jail before I put the state in red ink,” he said in a radio interview.

So for residents whose representatives are blocking ballot referendums from going into force, they may simply have to wait for the next election and vote them out.

If legislators let them, that is.