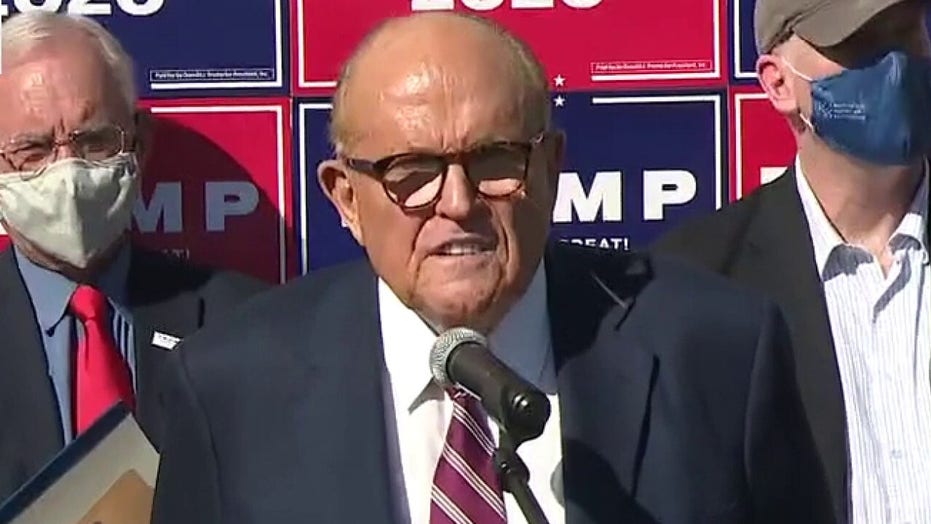 South Dakota Gov. Kristi Noem urged the country to “afford the 70.6 million Americans that voted for President Trump the same consideration" provided to former vice president Al Gore in the 2000 legal battle that resulted in a Supreme Court decision and a George W. Bush victory.

In a Sunday interview on ABC’s “This Week", the Republican governor argued that President Trump should be allowed "his day in court," pointing to Gore's 37-day legal effort to challenge the results of an election too close to call on Election Night.

"What I think is going on here, George, is that this is all premature. This is a premature conversation because we have not finished counting votes," Noem said. "There are states that have not been called, and back in 2000, Al Gore was given his day in court. We should give President Trump his day in court."

Host George Stephanopolous pointed out that despite the president's assertions of wrongdoing at the polls, Republican state officials have "come up with zero evidence of widespread fraud."

Noem dismissed his claim as "absolutely not true" and urged voters to let the legal process unfold.

"People have signed legal documents, affidavits stating that they saw illegal activities," she argued. "And that is why we need to have this conversation in court. The New York Times itself said that there were clerical errors."

Noem brought up the example of an error in a Michigan county, where several thousand Trump votes were counted for Democratic President-elect Joe Biden.

"If you look at what happened in Michigan, that we had computer glitches that changed Republican votes to Democrat votes," she explained. "You look in Pennsylvania, dead people voted in Pennsylvania. So, George, I don’t know how widespread it is. I don’t know if it will change the outcome of the election. But why is everybody so scared just to have a fair election and find out?"

Noem again referenced the fight over the Nov. 7, 2000 presidential election in Florida that finally came to an end when the high court ruled the next month that Bush defeated Gore in the state by just 537 votes out of nearly 6 million cast.

"We gave Al Gore 37 days to run the process before we decided who was going to be president," she said. "Why would we not afford the 70.6 million Americans that voted for President Trump the same consideration?"

"All I’m asking for, George, is that we don’t break this country," Noem concluded, warning, "When you break the process on which we elect our leaders, you will break America forever."