Under the Labour leader’s plans the cap would run only until next April. 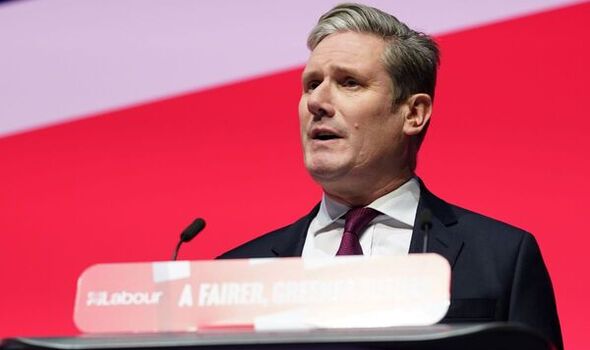 There has been widespread praise for Liz Truss’s landmark energy price guarantee which will help shield millions of hard-pressed families from the worst of the cost of living crisis.

But Sir Keir refused to commit to the same timeframe, insisting he would have to look at future forecasts before making a decision.

He told the BBC’s Sunday With Laura Kuenssberg: “We need to know what the forecasts are.

“We didn’t put our plan on the table until the middle of August because we needed to know exactly what the forecasts were for this winter.

Difficult “Nobody knows the forecast for next April. Does there need to be a medium and long-term answer to this? Yes there does.”

The Government’s price cap, which begins next week, means that a typical household will pay around £2,500 a year. Without the help, bills would have rocketed to almost £4,000.

Sir Keir also vowed to make the UK the first major economy in the world to generate all its electricity without using fossil fuels.

He said that achieving zero carbon energy by 2030 would be a key priority if he wins the next election.

But he said fossil fuels may be used as a “fall-back” if it cannot be achieved by the end of the decade.

He told Ms Kuenssberg it was a “difficult” goal but “absolutely doable”. The Government has already committed to zero-carbon electricity by 2035 but that pledge was made before the global spike in energy prices.

Liz Truss has promised more renewable energy as part of a plan to make the UK a net exporter of energy by 2040, ending our dependence on foreign supplies.

She has also announced plans to restart fracking and issue more licences to drill for gas. Sir Keir, who will make his keynote speech to Labour’s conference in Liverpool tomorrow, is kicking off with a promise to turn the UK into a clean energy superpower, breaking dependence on Russian gas.