Carole Malone claimed that Liz Truss’ response during the latest leadership debate was inadequate as the foreign secretary looked “terrified”. Ms Malone said when you are looking for someone to be able “to make a snap quick decision” and “react in a crisis”, the taken aback look of Ms Truss did not fill her with confidence. She later added that anyone “would be the first over there” to the incident if they saw it, questioning why Ms Truss had not done the same.

Jeremy Vine on 5 host Jeremy Vine said: “I don’t know to what extent she fell and hurt herself but obviously the crashing sound was a shock for the viewer.

“But by that same token, Carole, Liz Truss will have seen that it was the lectern doing that. You think she was too long?

Ms Malone said: “Well, yes, I think she was too long to go. If people are looking for a leader to make a snap quick decision on something and to react in a crisis, she did not react very well there. She looked terrified!

“I would expect you on this show if one of the cameramen keeled over, you would be the first over there, you would.” 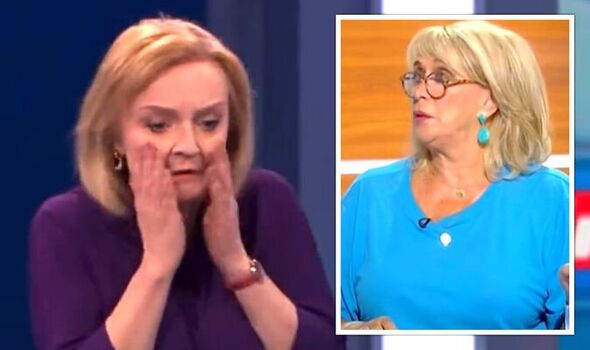 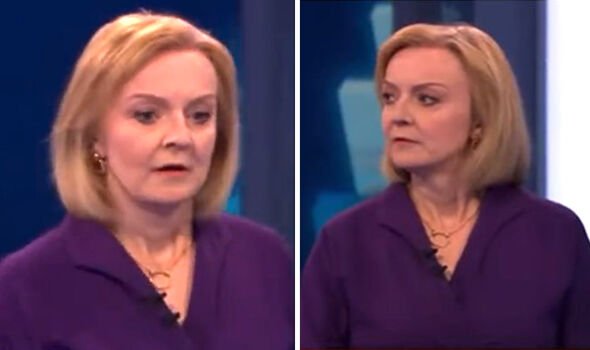 Viewers heard a loud crash as it is believed the lectern hit the ground as Ms McCann became overwhelmed.

It was later reported that Ms McCann was “fine” but the show was not resumed because, TalkTV said, “the medical advice was that we shouldn’t continue with the debate”. 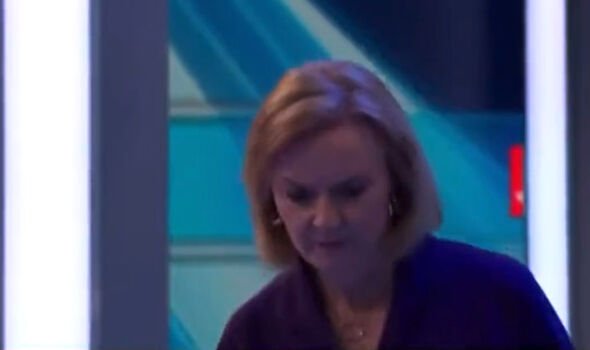 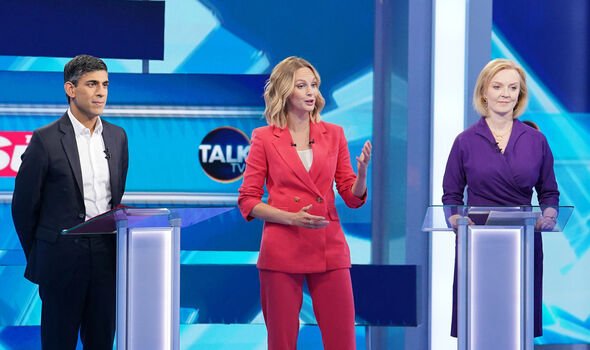 Ms Truss was in the middle of speaking about how best to deal with Vladimir Putin and Russia when the incident occurred.

The foreign secretary was stunned by what happened, holding her hands to her face and proclaiming “Oh my god!” as the situation unfolded.

She looked towards her Tory rival Rishi Sunak for a moment before considering what to do next while the camera followed her.

She then stood up straight, stunned and silent, and appeared to be unmoving for several seconds, before eventually heading towards Ms McCann to check if she was okay. 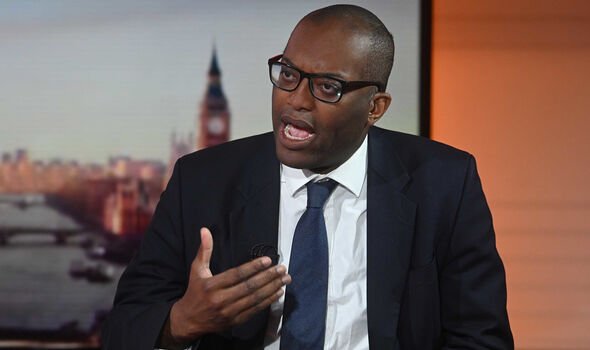 Despite the drama, Ms Truss’ campaign team were back to criticising Rishi Sunak on Wednesday morning, with Tuesday night’s incident forgotten.

The former chancellor came under fire for “flip-flopping” on tax after pledging to cut VAT on energy bills and for interrupting Ms Truss during the debates.

It came after the former chancellor unveiled plans to remove VAT from domestic energy bills for a year if the price cap – currently just under £2,000 a year for the average home – exceeds £3,000 as is forecast by experts.

Ms Truss’s campaign declared it a “screeching U-turn” after Mr Sunak has repeatedly branded her tax-cutting plans as “comforting fairytales” throughout the contest, which has been dominated by bitter clashes over taxation.

Inheritance tax raid: Treasury tipped to rake in a staggering £1.3bn
BBC sent furious letter over question choice in Tory debate
We should not pay EU a penny until they back down on Northern Ireland
Deborah Meaden blasts Sunak and Truss’ attitude to climate change
Cabinet members and Celebs place their bets at the races!