Should bipartisan talks stall, the Senate majority leader is exploring trying to use budget reconciliation to legalize millions of undocumented immigrants. 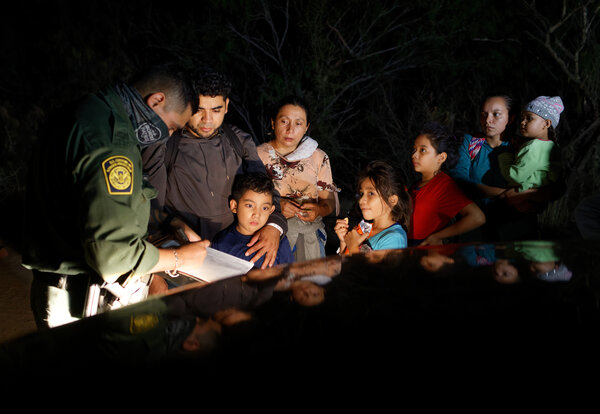 WASHINGTON — Senator Chuck Schumer, Democrat of New York and the majority leader, is quietly considering trying to use a fast-track budget maneuver to legalize millions of undocumented immigrants should bipartisan talks on providing a pathway to citizenship fall apart.

Mr. Schumer has privately told members of the Congressional Hispanic Caucus in recent weeks that he is “actively exploring” whether it would be possible to attach a broad revision of immigration laws to President Biden’s infrastructure plan and pass it through a process known as budget reconciliation, according to two people briefed on his comments.

The move would allow the measures to pass the evenly divided Senate with a simple majority of 51 votes, shielding them from a filibuster and the 60-vote threshold for moving past one, which would otherwise require at least 10 Republican votes.

The strategy is part of a backup plan Mr. Schumer has lined up in the event that talks among 15 senators in both parties fail to yield a compromise. As the negotiations drag on with little agreement in sight, proponents are growing increasingly worried that Democrats may squander a rare opportunity to legalize broad swaths of the undocumented population while their party controls both chambers of Congress and the White House.

“Democrats must act,” says Sergio Gonzales, the director of the Immigration Hub, which pushes for a pro-immigrant agenda in Congress. “Now is the time. This year is the time. We must have citizenship this year.”

Mr. Biden’s immigration plan would provide a pathway to citizenship for an estimated 11 million undocumented immigrants, and increase diversity visas and border-security funding. But, conceding the long odds of achieving such extensive changes, lawmakers are focusing on cobbling together a package of smaller bills that would legalize about eight million or fewer undocumented immigrants.