And one MP has contrasted his decision with his welcoming of Myanmar’s leader Aung San Suu Kyi to the House of Commons, despite accusations of her involvement in the persecution of the Rohingya people. Mr Trump is due to visit the UK from June 3-5, with his trip timed to coincide with the 75th anniversary of D-Day. Mr Bercow is already under pressure as a result of his refusal to allow Mr Trump to address the House of Commons.

Shortly after Mr Trump’s election in 2016, Mr Bercow signalled his opposition to the billionaire businessman addressing the chamber, suggesting he was “strongly opposed” to him doing so as a result of concerns about his controversial ban on Muslim immigration.

Now he has been sent an invitation for the lavish event at Buckingham Palace, which is traditionally held for heads of state when they make an official visit.

However, Mr Bercow’s spokeswoman told Express.co.uk: “Mr Speaker has been invited to the Banquet, but he will not be attending.”

No further details were provided – but the announcement angered Tory MP Daniel Kawczynski. 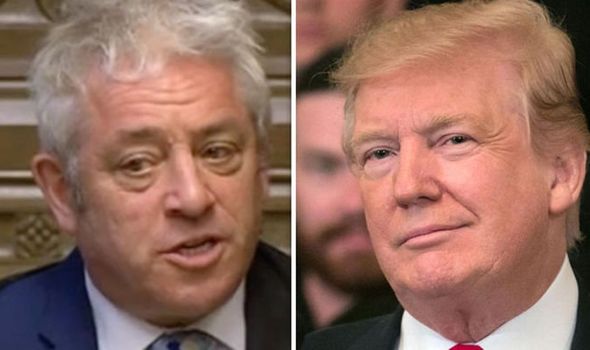 Mr Kawczynski told Express.co.uk: “Interesting to see how keen Speaker was to personally host Aung San Suu Kyi in Commons who is now implicated in serious human rights abuses in Burma but refuses to engage with leader of our closest ally.”

Mrs Kyi, State Counsellor of Myanmar, formerly known as Burma, has been accused of inaction in the face of massacres committed by the country’s military against the Rohingya.

Liberal Democrat leader Vince Cable has also declined the invitation to the State Banquet, and has written to Buckingham Palace to explain his reasons.

He tweeted: “We should not be beguiled by pomp and circumstance into hobnobbing with a man who is on record as a misogynist and a racist. 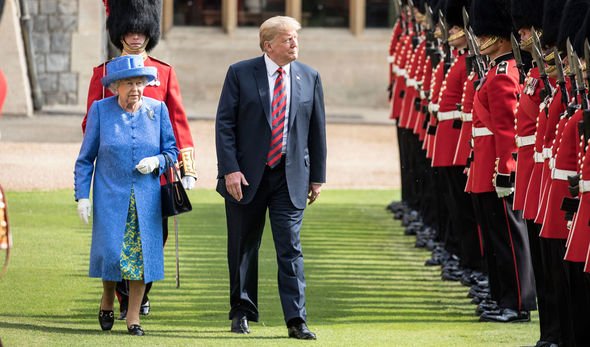 “Rolling out the red carpet to Trump is a shameful stain on this government.”

Shadow Foreign Secretary Emily Thornberry launched a stinging attack on Mr Trump on Tuesday after the state visit was confirmed this week.

She said: “It beggars belief that on the very same day Donald Trump is threatening to veto a UN resolution against the use of rape as a weapon of war, Theresa May is pressing ahead with her plans to honour him with a State Visit to the UK.

“This is a President who has systematically assaulted all the shared values that unite our two countries, and unless Theresa May is finally going to stand up to him and object to that behaviour, she has no business wasting taxpayers’ money on all the pomp, ceremony and policing costs that will come with this visit.” 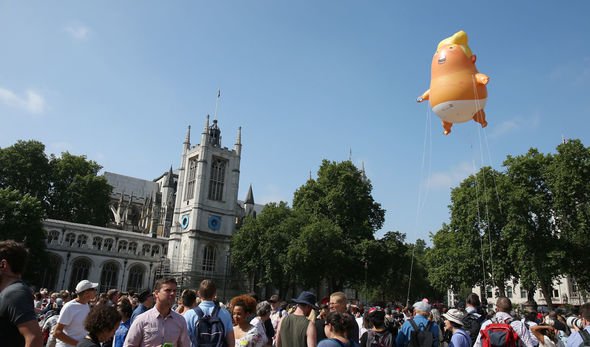 Express.co.uk has contacted the Labour Party to ask whether leader Jeremy Corbyn has been invited, and if so whether he would attend.

Mr Trump’s visit to the UK last June, which was not an official State occasion, was characterised by widespread protests, with an inflatable “Trump Baby” blimp flown over Trafalgar Square.

Organisers have indicated they will organise similar demonstrations in June, with Leo Murray, one of the Trump Baby’s creators, telling CNN: “The original Trump baby blimp will definitely be back.

“We are looking at other creative interventions we could make.

“We’d looked into commissioning a bigger balloon, including getting quotes for hot air balloons – but decided against it as it’s so expensive.”

REALLY? Juncker claims he would have WON Brexit referendum for Remain if Cameron had asked
Politics News