Rooftop Revelations: Employment and security are key to uplifting neighborhoods 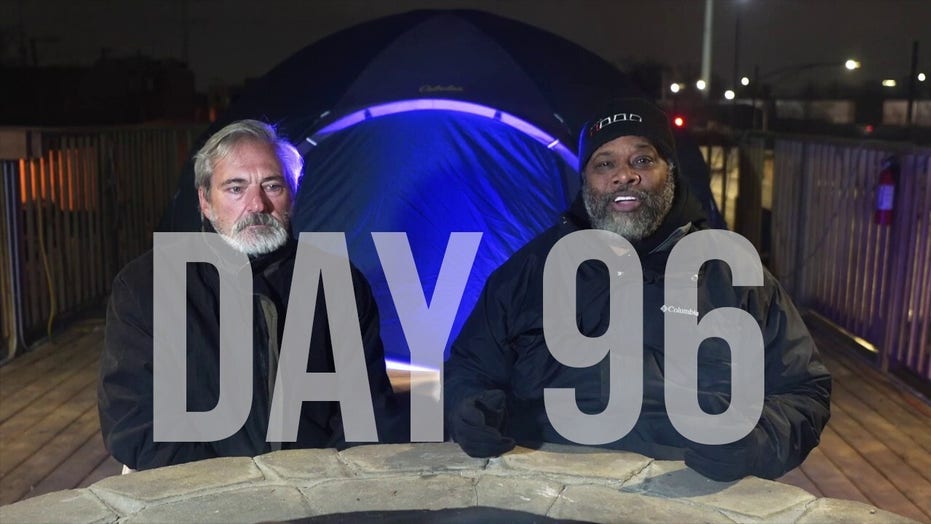 CHICAGO – On the 96th day of his 100-day rooftop vigil to raise funds for a transformative community center on the South Side of Chicago, Pastor Corey Brooks invited Bill O’Kane, CEO of Fox Group Management, to the roof for a wide-ranging conversation. O’Kane manages rental properties throughout Chicago, which gives him unique insights to various neighborhoods and what is necessary to raise the standard of living. Two of his major takeaways is that these communities need security and employment to move upward.

“What brings you to this rooftop tonight, on the south side of Chicago?” the pastor began.

“Because I want to help. So if I’m going to help, I want to make sure that my efforts are effective,” O’Kane replied.

“It needs to be in Chicago,” the pastor said, agreeing. “It needs to be in the state of Illinois. That’s one of the ways that we can bring some of these children out of their poverty and hopefully keep some of them out of gangs by giving them an education … From your point of view, explain to people what needs to change if we’re going to change these kids out of gangs and change this neighborhood like this, what do you think it’s going to take?”

“There needs to be a change in the culture. Again, with the kids, they need to be rewarded for good results, which I don’t believe is happening now,” O’Kane said. “Crime is just getting out of hand. We need more business in the city, like it used to be. In the past, it was better. Business, I think they don’t want to be here because of crime and taxes. Taxes are out of hand, and they’re getting worse. So why is someone going to come here … and pay Illinois state income tax, and Florida is zero, Texas is zero. A lot of states are zero. You have to motivate people, right?”

“You have to motivate kids and reward them.”

“And you punish bad behavior.”

“Without a doubt,” the past said. “That’s the reason why I’ve said in previous Rooftop Revelations, how people will come up to me and say, ‘You just want to throw more black people in jail.’ And I’m like, ‘Listen. It’s not about being black or white. It’s about being a criminal.’ If you’re a criminal, you need to go to jail, regardless of what color you are. You’re a successful businessman, and one of the things that you said is about how we have to have businesses. Why is that so important, especially for this area that we’re in, in West Woodlawn? It’s an impoverished area, crime ridden. Why is it important that we get businesses established here?”

“You can take pride in your work. That’s not bad pride, to do a good job,” O’Kane added. “We talked about education in jail. I mean, I’ve said for decades, I believe in education, not incarceration.”

“I want these criminal guys to go get a job and be a taxpayer.”

“That’s what Project H.O.O.D. is all about. That’s why we’re trying to transform a lot of these guys who are in gangs, to help them to change their hearts, change their minds, change their lives. Get them redirected,” the pastor said. “As you look at the scope of Chicago, as a businessperson, how does all this violence hurt your business?”

“People are afraid. I’m in the real estate business. We rent apartments. We’re virtually in all good areas. But when crime gets too much, they’re going to move. And our residents, I mean, they have feet. At a high-end building, there’s a couple carjackings there. People don’t want to put up with that. And why should they?” O’Kane asked.

“I also know that some of those areas are now experiencing the violence that has spilled over” from poorer areas, the pastor said.

“There’s always spill over,” O’Kane answered. “We need to be pro-police. There’s always going to be a few bad ones. Every job, everything you do, there’s always that one or two percent—”

“But at least with the landlords, we’re motivated to make money. Usually you have to deliver a good product,” O’Kane said. “We compete with each other because you want the business. It’s kind of the self-policing effort, you know?

“I think you’re right. We have to be supportive of our police, we have to keep our politicians accountable, we have to eliminate crime and we have to do so much better with education.”

Follow along as Fox News checks in Pastor Corey Brooks each day with a new Rooftop Revelation.

Eli Steele is a documentary filmmaker and writer. His latest film is “What Killed Michael Brown?” Twitter: @Hebro_Steele.