The Labour MP launched a scathing attack on the Chancellor arguing the Government is acting in a way that suggests “hatred” towards Greater Manchester. Mr Gwynne accused Rishi Sunak of favouring his own town over Greater Manchester in the allocation of extra funds to fight the coronavirus pandemic. But the Chancellor blasted back: “It’s disappointing to hear the Honourable Gentleman’s tone.

“It’s obviously a very difficult time for many people in this country as we evolve our response to this virus.

“But what we need is people acting in a constructive spirit and that’s what my Honourable Friend the Community Secretary is offering to do.

“And I hope those conversations are happening as we speak.

“Greater Manchester is being treated exactly the same as every part of our United Kingdom.

“These are national support schemes that we put in place, that help the most vulnerable in our society.

“He raises a number of questions, as he will know there are a number of schemes to protect businesses, to protect employees and provide support to his local authority.” 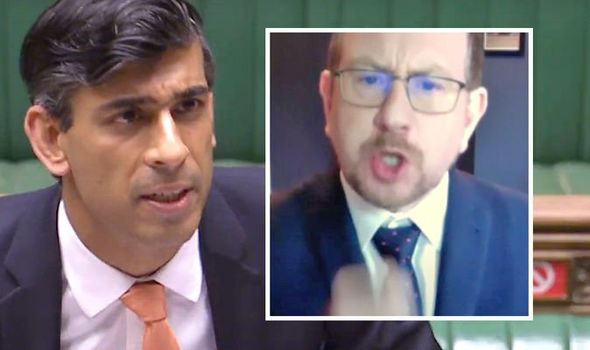 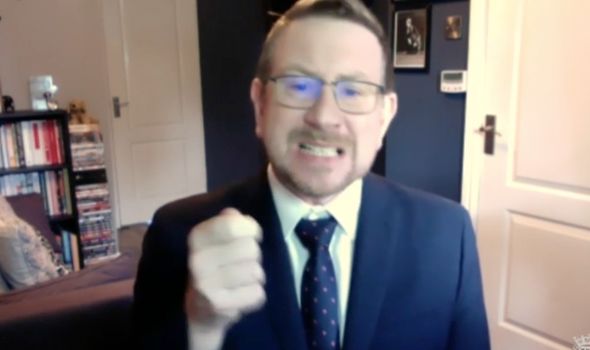 Addressing the Commons, the Chancellor failed to rule out harsher lockdown measures when challenged by Labour, but added that a “localised approach is the best approach”.

During Treasury questions, his Labour opposite number Anneliese Dodds asked: “Last week when the Prime Minister was asked whether a circuit-breaker was likely he said ‘I rule nothing out’. Does the Chancellor rule it out, yes or no?”

Mr Sunak replied: “Of course, I agree with the Prime Minister.”

Ms Dodds warned that not undertaking a circuit-breaker now “could cost our economy £150 million” and asked the Chancellor if he had estimated the costs of not implementing harsher restrictions nationally.

“What I can tell her is that would be enormously damaging for people’s jobs and livelihoods causing unnecessary pain and suffering in parts of the country where the virus prevalence is low. A localised approach is the best approach.”

Health Secretary Matt Hancock said on Monday that talks were continuing with leaders in Manchester about increasing restrictions in and around the city.

He added that talks were planned this week with South Yorkshire, West Yorkshire, Nottinghamshire, the North East and Teesside.

Hartlepool Borough Council leader Shane Moore said no talks had happened since Friday, when the Tees Valley and the North East were given a reprieve from the toughest measures.

He tweeted on Monday evening: “Apparently it was announced in the House of Commons earlier that there were talks happening in relation to #Hartlepool & wider #TeesValley going into Tier 3. This is untrue.

“No talks with us since update on Friday & if anyone suggests it to me this week they’ll be told to sod off.”

Asked if Hartlepool will be placed in Tier 3 next week, Mr Moore replied on Twitter: “Not unless I am presented with clear evidence that the current restrictions are not working and that serious hospital admissions are causing strain on local health services.”

Ben Houchen, the Tory elected mayor for Tees Valley, said he had received a reassurance there were no plans to put them in Tier 3.

He tweeted: “After today’s statement, I spoke to Matt Hancock’s team and I was pleased that they confirmed what local leaders were told on Friday – that there are NO imminent plans to move our area to tier 3. “