Rishi Sunak announced on Thursday a new jobs support scheme that would help firms keep people employed but on shorter hours, as he warned he could not save every business or role. The Chancellor had ruled out a wholesale extension of the Coronavirus Job Retention Scheme, which supported 8.9 million private sector jobs at its peak in May and ends next month, but new restrictions to counter a growing second wave of COVID cases has brought clamour for a replacement. He went on to expose Labour MP Anneliese Dodds for the party’s furlough scheme demands.

Ms Dodds told MPs: “I’ve called for the introduction of a system of targeted wage support 40 times. That call has been rebuffed by this Government 20 times. It’s a relief this Government have U-turned now.

“But we must be open and honest. That delay in introducing this new scheme will have impacted on businesses’ confidence.

Mr Sunak replied: “In the last few weeks and months she has said that furlough shouldn’t go on forever and then changed her mind and said that we should extend it. 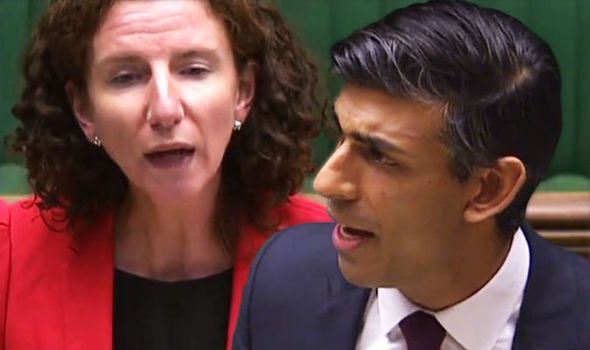 “Then she changed her mind and said it should be replaced.

“Only yesterday the leader of the Opposition said it should be extended again. That’s not the kind of certainty British businesses need.”

He added: “The party opposite doesn’t even have a plan A.”