Minnesota GOP fighting back against lockdowns

A volunteer attorney for the Trump 2020 campaign is asking the Minneapolis Police Federation to gather retired officers to help watch polling places in "rough neighborhoods."

William Willingham sent an email to Minneapolis Police Federation President Lt. Bob Kroll on Wednesday, asking him to recruit 20 to 30 former officers to serve as poll challengers and act as the campaign's "eyes and ears in the field," as The Star Tribune first reported, but State Secretary Steve Simon told Fox News that the email appeared to be in conflict with Minnesota law.

He explained that under Minnesota law, the Minnesota Republican Party or a county Republican Party group would have to designate one poll challenger to represent a specific polling place and that the Trump campaign itself cannot do that. 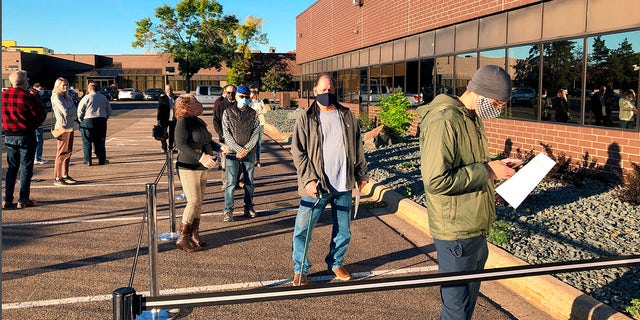 In this Sept. 8, 2020 file photo voters line up outside of the Minneapolis early voting center as Minnesota opened early voting for the general election. (AP Photo/Steve Karnowski, File)

"It’s an opportunity for me to say what the law is," he said.

Both the Trump and Biden campaigns have been assembling thousands of volunteer poll observers and attorneys ahead of Election Day, according to Politico.

"Mr. Willingham is a volunteer who has been assisting in Minnesota,"  Trump campaign Deputy National Press Secretary Thea McDonald said in a statement to Fox News. "Neither the Trump Campaign nor the RNC instructed him to send this email. Even so, retired police officers are members of their communities, and as such are well within their rights to participate and volunteer as rule-abiding poll watchers."

She continued: "The media’s breathless obsession with the Trump Campaign poll watchers is baffling, given that every campaign—including Joe Biden’s—recruits them, and they are key to election transparency and accountability." 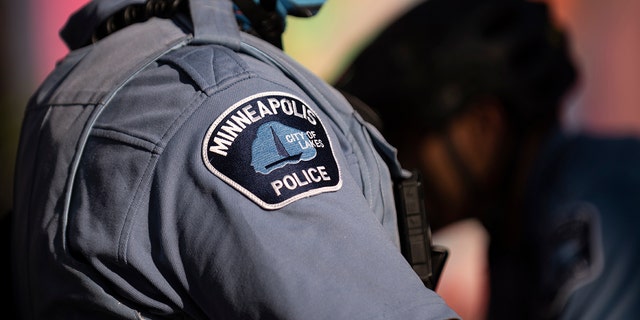 At least seven police officers in Minneapolis have quit and others are in the process of resigning in the wake of the protests over George Floyd’s death. (Photo by Stephen Maturen/Getty Images)

Poll watchers and challengers are not supposed to interfere with elections or voters but can monitor polling areas, check identification, report turnout for specific parties and report issues or concerns to election officials. Simon said poll challengers in Minnesota must also remain six feet away from voters, and any challenges they wish to make must be based on personal knowledge and put into writing.

The Trump campaign trains all of its poll workers not to interact with voters, even if state law does not mandate such training.

Willingham's email said "poll challengers do not ‘stop’ people, per se, but act as our eyes and ears in the field and call our hotline to document fraud," according to the Star Tribune.

The email continues: "We don’t necessarily want our Poll Challengers to look intimidating, they cannot carry a weapon in the polls due to state law. … We just want people who won’t be afraid in rough neighborhoods or intimidating situations."

The email also said poll watchers would be observing "problem areas" — a phrase Minnesota State Secretary Steve Simon took issue with, saying, "When [poll challengers] do get in there, I sure hope the email didn’t mean to imply that 'problem areas' should somehow be subject to more scrutiny."

The Minneapolis Police Federation did not respond to a request from Fox News for a copy of the email.

Minnesota's official state website says "major political parties can appoint voters who are residents of Minnesota from that party to act as challengers." There can only be one challenger per precinct, and challengers may only "contest a voter’s eligibility, if and only if they have personal knowledge of that voter’s ineligibility."

"Suspicion is not a basis for making a challenge. The challenger must personally know that a specific person is not eligible to vote for a specific reason," the website states.