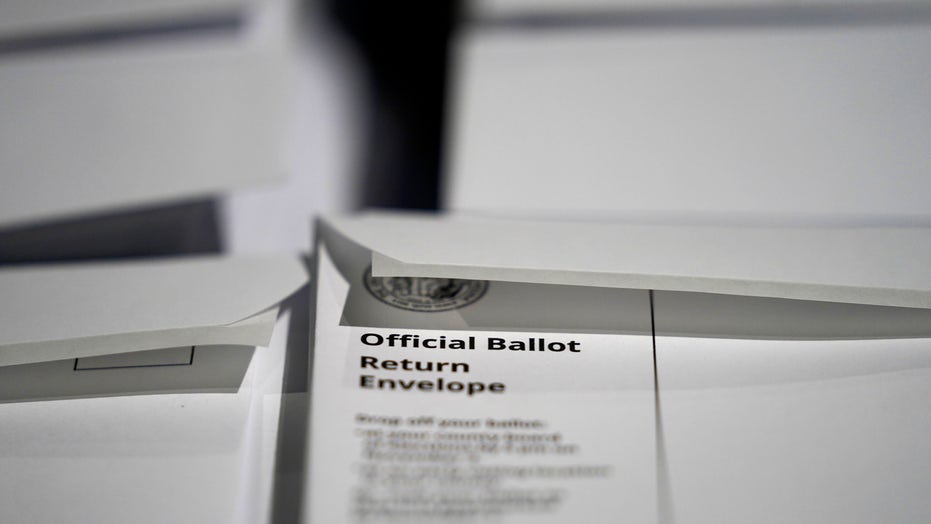 Republicans in Michigan are asking the state attorney general to probe a video showing an unlocked ballot box in the state.

Video shows an election box in Lansing, Mich., with the filmer pulling open the back of the election box to find a single piece of election mail inside.

After calling the video released by the Michigan Republican Party "disingenuous," the clerk said the same box is now out of order.

The state GOP said the first video was taken two weeks ago at a ballot box outside the Foster Community Center.

Early on Wednesday, Swope declared the Foster Community Center ballot box secure in a press conference. Two hours later, a sign was posted on the box saying it was temporarily out of order.

Absentee ballots were mailed from Swope’s office beginning Sept. 24 and the first ballot was received Sept. 26, according to the city clerk. The boxes were installed Sept. 25.

Swope told the Lansing State Journal the envelope seen in the box is not a ballot. He said Lansing’s ballot envelopes have green on them and the envelope in the video does not.

Michigan is one of a number of states mailing ballot applications to every registered voter. The GOP also released a second video of the same ballot box, where a member of the city clerk’s office is seen struggling with the lock. They said the second video was taken Tuesday.

Swope told the Journal the boxes are new and employees are still getting used to them. He said they have a spring load, so they aren’t able to be left unlocked if they are fully closed. He said his office is meeting all requirements set by state law, and the boxes are emptied daily.

Michigan Republican Party Chairman Laura Cox said in a statement she was "outraged" at the negligence shown by Swope's office and Secretary of State Jocelyn Benson.

"This is evidence that our election system has potentially been compromised.” Cox said.“I am calling on Secretary Benson to launch a full investigation into this incident, to determine if any ballots were stolen or tampered with, and to ensure this never happens again. I stand with President Trump in his fight for the free, fair election Michiganders, and all Americans, deserve.”

Jake Rollow, a spokesperson for Benson, who is a Democrat, accused Republicans of trying to “suppress voting” by circulating the videos.

"The claim there were 'ballots inside' is easily disproven by their own video," Rollow said. "By sharing blatantly false statements in the press release, they are irresponsibly spreading misinformation likely intended to suppress voting among Michigan citizens."