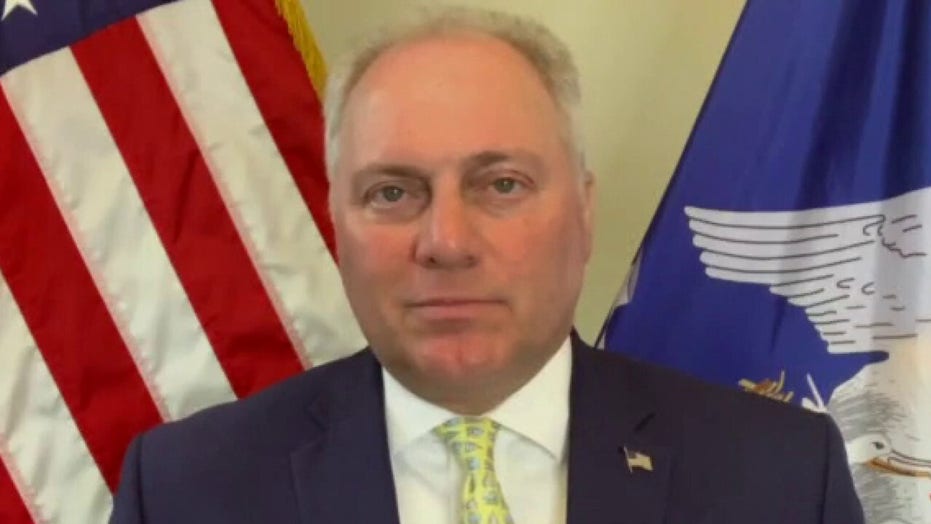 House Minority Whip Rep. Steve Scalise, R-La., on Sunday slammed “President Biden’s Saigon moment” in Afghanistan amid reports that Taliban insurgents had seized Kabul and most of the region after the U.S. began withdrawing troops.

Scalise appeared on CBS’s “Face the Nation” just minutes after the news broke that the Taliban had reached Afghanistan’s capital on Sunday, forcing President Ashraf Ghani to flee and the U.S. embassy to be evacuated.

“It’s a very dire situation when you see the United States embassy being evacuated,” the Louisiana Republican said. “In fact, you just had President Biden a few days ago saying you wouldn’t see helicopters evacuating the embassy like Saigon, and yet, here we are. This is President Biden’s Saigon moment, and unfortunately, it was very predictable.

“It seems like many in President Biden’s intelligence community got this devastatingly wrong, and I think a lot of questions will be asked later about why just weeks ago they were saying something completely different than what we’re seeing on the ground today in Afghanistan,” he said.

Scalise slammed the Biden administration’s attempts to blame former President Donald Trump for setting the May 1 troop withdrawal date. In a statement Saturday, Biden said Trump left the Taliban “in the strongest position militarily since 2001,” and that he was forced to choose between sending more troops or pulling out.

Secretary of State Antony Blinken echoed that sentiment on CNN Sunday morning, saying that had thousands of U.S. troops remained in Afghanistan past the deadline, then “attacks would have resumed on our forces” and “we would have been back at war with the Taliban.”

Scalise accused the administration of “a lot of finger-pointing and blaming” and little ownership for the rapidly deteriorating situation in Afghanistan.

“You know, there used to be a saying that the buck stops here on the president’s desk, and he wants to blame everybody else,” he said.

“This sends a more concerning message to our allies around the world, really sends a concerning message to our enemies around the world who are watching this,” he continued. “China is very involved in what’s happening right now in Afghanistan, as are other adversaries. And so they’re seeing just how easy it was to overtake these areas where the president really said it wouldn’t happen. And it did happen. So it’s an epic failure of President Biden’s foreign policy, and he needs to take ownership of it and take other steps to make sure this doesn’t happen again.”