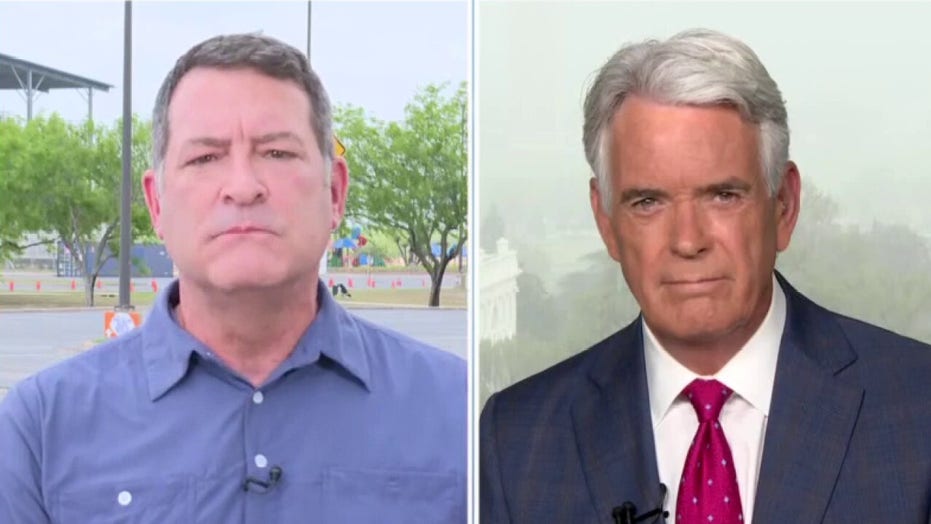 Rep. Mark Green, R-Tenn., said Wednesday on “America Reports” that he was “offended” when he heard Rep. Alexandria Ocasio-Cortez, D-N.Y., condemn the use of the term “surge” when discussing the ongoing border crisis.

“They wanna say, ‘But what about the surge?'” Ocasio-Cortez said on Tuesday night during an Instagram Live session. “Well, first of all, just gut check, stop. Anyone who’s using the term ‘surge’ around you consciously is trying to invoke a militaristic frame.”

AOC HAS ONLY TWEETED ABOUT CHILD MIGRANT DETENTION TWICE UNDER BIDEN

REP. MARK GREEN: If I say cancer is bad, AOC is going to say that I’m a racist. That’s everything that comes out of their mouths these days. It’s ridiculous. Those CBP agents, they are there trying to do their best to take care of those children. It is absolutely insane to say that by their pointing out the fact that there is a 400-percent increase, it’s somehow racist. That’s absurd.

And it’s very clear that Joe Biden’s canceling of policies that Trump put into effect has caused this mass whatever you want to call it. I call it a tragedy.