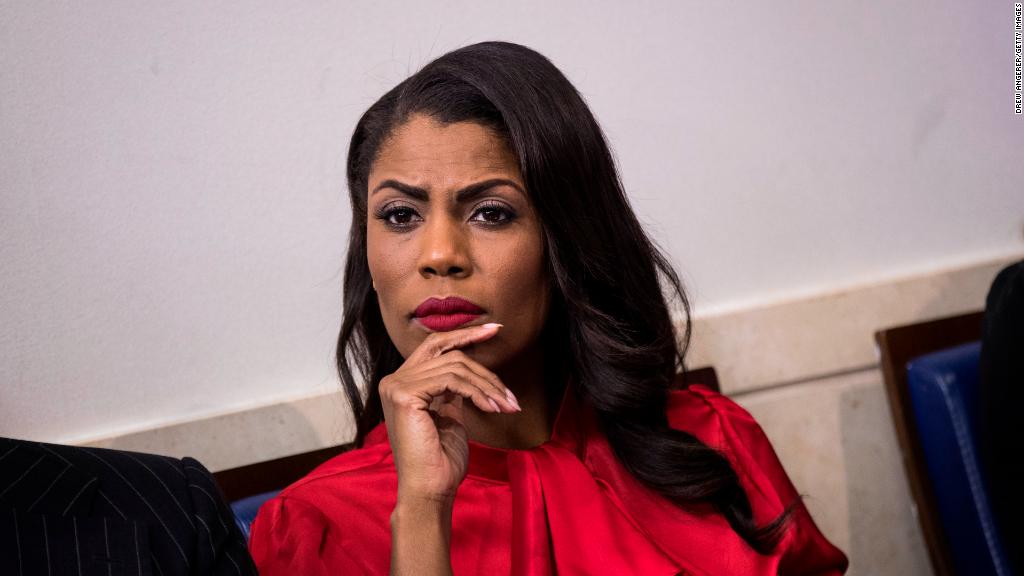 A version of this article first appeared in the Reliable Sources newsletter. You can sign up for free right here.

Laura Ingraham’s claim that “most of us don’t like” America’s “massive demographic changes” is continuing to reverberate. I’m surprised there hasn’t been more talk of an advertiser backlash. There’s certainly been a widespread backlash from commentators up and down the dial. Take a look at what “The Next Revolution” host Steve Hilton said on Fox News on Sunday night. He didn’t utter Ingraham’s name, but he seemed to be rebuking his colleague:

Hilton went on to say that “the incredible and unique thing about this country is that anyone can become an American.” America is founded on an idea, “not rooted in a racial or ethnic identity. America is always changing…”

One is by the AP’s Jill Colvin and David Bauder. They say Trump’s new deputy chief of staff for comms “has yet to move into a permanent office or bring on his own staff,” but his presence is already being felt — he’s “clashing with reporters,improving the production quality of W.H. events and trying to shape the message” of the admin…

The other piece is by WaPo’s Sarah Ellison and Philip Rucker. LOTS of colorful details here. A few of ’em:

— “Shine has told people he wants to ‘lower the temperature’ on the toxic relationship between the press and the president. But so far his actions seem to have been counterproductive…”

— “He is considering adjustments to the daily press briefings and is beginning to recruit staffers to join the communications team, which has been depleted by recent departures…”

Omarosa’s book launch is nigh

“Unhinged” is out on Tuesday. But Omarosa’s TV tour began on “Meet the Press” on Sunday, and it will continue on “Today” on Monday. She shared one of her tapes from the White House with Chuck Todd on Sunday… She said it was recorded in the Situation Room… And it backed up her claim about John Kelly firing her. One obvious question for the “Today” show crew: “Omarosa, aren’t you concerned about the legal repercussions of making secret tapes in highly secure areas?”

–> Walter Shaub on CNN: “There’s some irony: She is being told she’s being fired for misconduct while she’s committing misconduct…”

—> Maggie Haberman tweeted: Like Michael Cohen, “Omarosa learned the necessity of taping to prove an event with Trump or his allies happened…”

Is she a whistleblower or a fame junkie?

Is it possible she’s both? When it comes to “Unhinged,” two things are true are the same time.

She’s a reality TV star with a villainous reputation… BUT she worked in the White House for almost a year.

There are startling claims that merit attention… BUT there are also some basic mistakes that undermine her credibility.

CNN’s Kevin Liptak and co. read the entire book over the weekend… Here’s his recap. And on “Reliable,” I asked my panel how seriously the press should take the book… Here’s the convo…

“This is a White House where everybody lies,” Omarosa said to Todd. “The president lies to the American people. Sarah Huckabee stands in front of the country and lies every single day. You have to have your own back.” Thus, she said, she taped some of her conversations…

Get your media fix with the Reliable Sources newsletter

I was struck by that explanation… and also by this comment: “I was complicit with this White House deceiving this nation,” she said. “They continue to deceive this nation by how mentally declined he is… how difficult it is for him to process complex information. How he is not engaged in some of the most important decisions that impacts our country. I was complicit, and for that I regret.”

Reactions to the book tour…

— April Ryan, who’s had an ongoing feud with Omarosa, on “Reliable Sources:” “She’s a liar, and I would say she’s evil.” I was not expecting that…

— Jonathan Swan with the bottom line: “Trump has nobody to blame but himself for Omarosa’s raucous book tour, in which she calls him a racist and a misogynist, and says he’s in mental decline. Trump brought her into the White House at the senior-most level with the top salary…”

— Even after all this attention, the book still has not cracked the top 10 on Amazon’s best-selling books page. Right now it’s at #17… Bob Woodward’s “Fear” is at #11, and it’s not out for another month…

White nationalists outnumbered at their own rally

Newsrooms were on high alert for Sunday’s white nationalist rally right outside the White House. The rally was a bust — just a couple dozen people turned up — but hundreds of counter-protesters filled the surrounding streets. When the hatemongers went home early and it started to rain in downtown DC, news outlets shifted to other stories… But some critics still thought the protests received too much attention.

Jeff Greenfield tweeted: “Would have been way better if networks had led tonight with: ‘After all the hype, about 25 white supremacists — that’s right, TWENTY FIVE — marched in DC today. ‘ [pause] Back to you at the anchor desk.”

COUNTERPOINT: Any gathering of racists in the nation’s capital is newsworthy, especially on the one-year anniversary of the Charlottesville riot, and the organizers’ failure to turn out more support is also newsworthy… As Poynter’s Al Tompkins told me the other day, “No problem, including racism or hate, gets smaller by ignoring it…”

“Holding their feet to the fire”

…But in that same story, Lois Beckett warned that racists use news coverage as a recruitment tool. Read the whole thing here. Indira Lakshmanan said it well on Sunday’s “Reliable:” Reporting on racists means “knowing how to interrogate groups whose ideas rely on a lot of lies… Holding their feet to the fire and not just giving them a free platform…”

As Garrett Haake said on MSNBC: “The counter-protesters absolutely dwarfed this message — drowned it out. It was impossible for these white nationalists to communicate anything.”

In one case on Saturday night, a marcher cursed at a news crew and violently swatted away a camera. NBC’s Cal Perry, who posted the video, described the march as “almost exclusively Antifa at that point.” NBC declined further comment.

More: A WTVD crew said “members of Antifa tried to stop us from filming,” and “then cut our audio cable.” WaPo’s Terrence McCoy tweeted that “journalists are being cursed at for doing stand ups and asking questions…”

Some observers said the focus on both DC and C’Ville was misplaced. Educator Clint Smith tweeted Sunday evening, “Wild how we gave all of this media coverage to like seven white supremacists & barely talked about how Puerto Rico admitted that the death toll from Hurricane Maria was at least twenty times higher than originally reported.”