Deputy Prime Minister Dominic Raab was confronted on the fact that Conservative frontunner Rishi Sunak has raised taxes in two years by the same amount Gordon Brown did in 10 years.

Sky News’ Sophy Ridge began by asking: “Rishi Sunak always says that he is someone who believes in low taxes.

“If we look at this record, he raised taxes.

“Rishi Sunak raised the same amount in two years as Gordon Brown did in ten.

“He says he believes in low taxes.

“But when you look at his record, it points to a bit of a different story.” 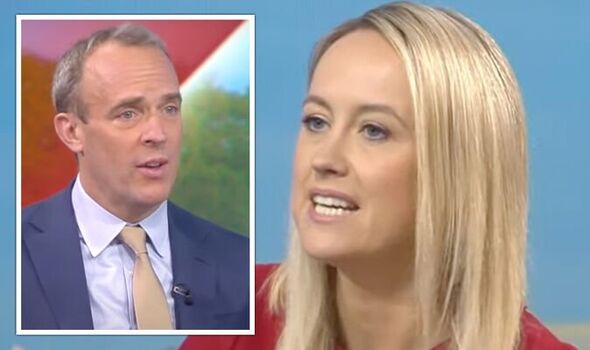 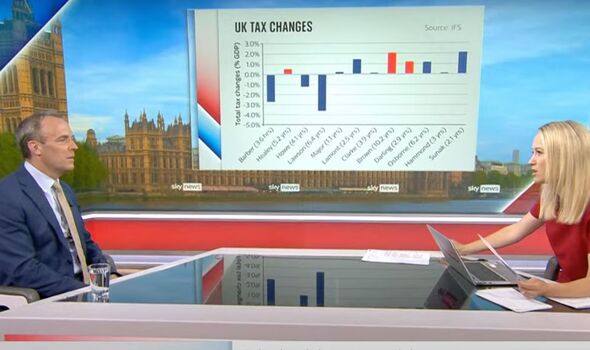 Mr Raab squirmed: “Well, I think the elephant in the room was of course the pandemic.

“We had the biggest economic contraction in 300 years and then all the pressures of getting the NHS back on track.

“I don’t think anyone – none of those other Chancellors – had to deal with that.

“And very interestingly, all of the other Conservative Chancellors who have commented, have said that actually, he’s the one with a credible economic plan.” 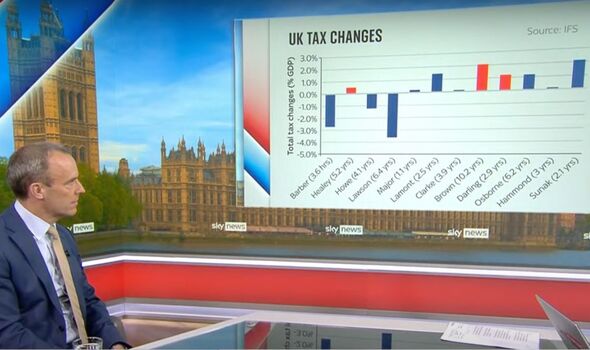 Sky News’ Sophy Ridge cut him off, saying: “I absolutely accept that the pandemic is something that came along and you had to respond to.

“But there are choices there, too.

“You can raise taxes. You can also cut spending and get back to austerity, which Rishi Sunak said he didn’t want to do. Or you can look at borrowing.

“So, there are political choices there, too,” Ms Ridge hit back. 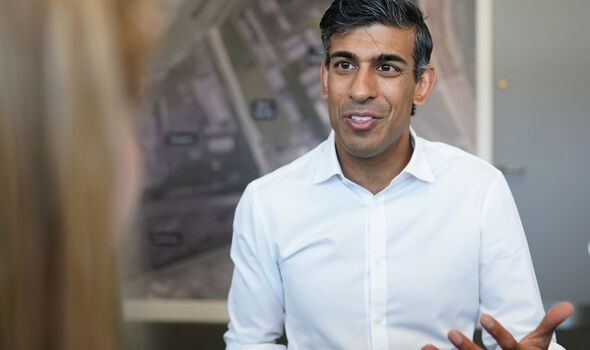 Mr Raab fired back: “Well, you can’t borrow your way out of an inflation crisis. And if people are suggesting that we should make cuts to the NHS at a time not just of Covid but of all the other non-Covid NHS challenges.

“What Rishi has done is say, look, we’ve got to get inflation under control. he has cut national insurance – the biggest tax cut in a decade for payrolls. £330 for the typical worker.

“But what he is not going to do – and it’s important to explain why – is cut taxes when actually you’d be taking… we want to all leave people more money in their pockets.

“But if you cut taxes and then inflation robs people of that money because it’s worthless or sees interest rates go up, so their mortgages get more expensive. 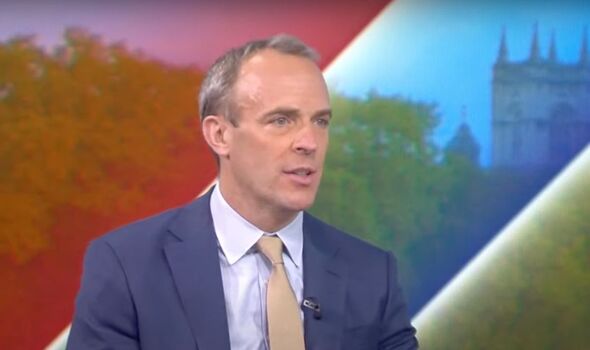 “Then frankly, it’s a false economy. I thionk Rishi is the one who’s credibily stating until we control inflation – he’s the only one saying – we’re not going to be able to deliver those other things.

“Tech, pharmaceuticals, financial services – areas of great comparative advantages to the UK economy. So from the immediate challenge to the long-term perspectives, I think he’s the on with a plan.”