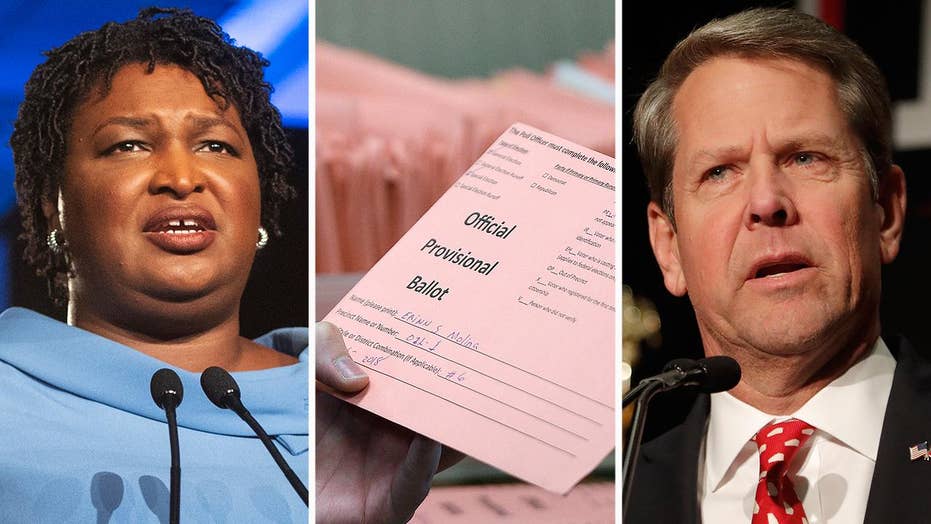 ATLANTA – A week after the election, rhetoric is still heated in Georgia’s race for governor.

Today, Georgia Democrats accused Republican Brian Kemp of “preemptively declaring himself the winner" over Stacey Abrams in an election still too close to call. The state party released a new political ad continuing its accusations of voter suppression that played a prominent role during the campaign.

In the ad, a narrator asks, “This election, was your voice heard? Too many were silenced.”

Today, a federal judge enjoined election officials in the Atlanta suburb of Gwinnett County from rejecting absentee ballots in which voters fail to include their correct birth year.

This follows a Monday federal court ruling that requires the Georgia secretary of state’s office to wait until at least 5 p.m. Friday before certifying the results and to set up a hotline or website for voters flagged for registration issues to check the status of their provisional ballots and obtain an explanation if a ballot is rejected.

“It opens up to review potentially thousands of rejected provisional ballots that Stacey Abrams’ campaign believes could be the difference between forcing a runoff and losing this race,” said Greg Bluestein, a political reporter with the Atlanta Journal-Constitution.

Although Kemp is a fraction of a point above the 50 percent threshold needed to win the election outright, Bluestein said Abrams faces an uphill battle trying to get the votes she needs to force the race into a December 4 runoff.

“She needs to net about 20,000 votes,” Bluestein said. “And with a trove of provisional ballots coming in from two heavily Democratic Metro Atlanta counties (DeKalb and Gwinnett), she could get part of the way there. But Brian Kemp’s campaign believes there’s just not enough ballots outstanding for her to bridge that gap, even if she gets every single one of those votes.”

On Monday, Ryan Mahoney, the Kemp campaign’s communications director, issued a statement saying, “It's incredibly shameful that liberal lawyers are doubling down on lawsuits desperately trying to create more votes for Stacey Abrams. They don't want to win this election. They are trying to steal it."

With accusations of stealing elections on one side and voter suppression on the other, both candidates run the risk of alienating those who didn’t vote for them. Regardless of who is certified the official winner, the next governor will have to reach out to roughly half of Georgia’s electorate after this razor-tight race.