President Donald Trump is set to tout his economic policies and Republican tax cuts with a Tax Day trip to Minnesota on Monday, where he will participate in a roundtable on the economy and visit a truck and equipment retailer.

While the president seeks to leverage Tax Day to highlight his own economic policies, a recent poll found that most Americans don’t believe they’ve directly benefited from the Republican tax bill. A recent NBC News/Wall Street Journal Poll found just 17% of people thought their taxes would go down. 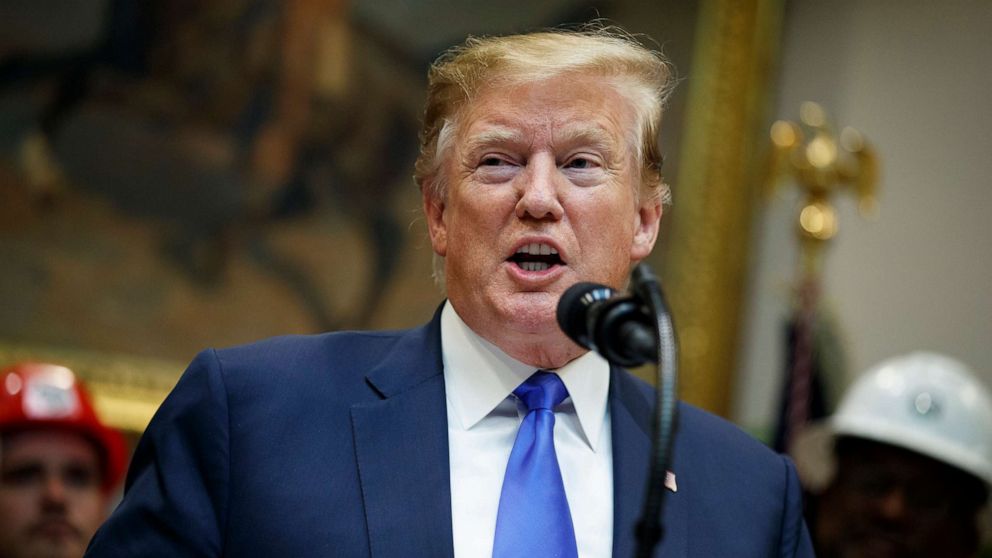 Ahead of the president’s trip, top White House economic adviser Larry Kudlow defended the popularity of the Republican tax cuts and the prosperity of the economy.

Tax Day also comes this year amid an ongoing battle for the president’s tax returns. Democrats have set a new deadline of April 23 for the IRS to hand over six years of the president’s returns, as requested by Rep. Richard E. Neal, D-Mass., chairman of the House Ways and Means Committee, under a provision of the tax code that gives the tax writing committee chair authority to request returns of any American.

Treasury Secretary Steven Mnuchin has said the administration intends to respond to Neal by the April 23 deadline but said there are “complicated legal issues” at play.

“These are complicated legal issues and I think it is more important to the American taxpayers that we get this right than we hit an arbitrary deadline,” Mnuchin told reporters. “I would just emphasize this is a decision that has enormous precedence in terms of potentially weaponizing the IRS.”

President Trump has repeatedly refused to hand over his tax returns, saying his legal team has advised him not to, claiming he us under audit, even though audits do not prohibit him from doing so.

“I would love to give them, but I’m not going to do it while I’m under audit. It’s very simple,” Trump told reporters last week, and also argued the matter has already been litigated through the 2016 election.

“Remember, I got elected last time — the same exact issue, with same intensity, which wasn’t very much because, frankly, the people don’t care,” he asserted.

The president’s personal lawyers sent a new letter to Treasury Department on Monday to make the case that the IRS should not hand over the president’s tax return information, saying the request is unconstitutional.

“We have once again reiterated our objections to the unconstitutional demand for the President’s tax returns,” the president’s personal lawyer Jay Sekulow said.

The president’s trip to Minnesota is also significant given that he lost the state, which is a traditional Democratic stronghold, by just two points in 2016.