Postmaster General Louis DeJoy told a Senate committee that he was not sabotaging the U.S. Postal Service in order to disrupt the anticipated rise in mail-in voting during the coronavirus pandemic in November, but said he would not reverse any recent changes including the removal of mail sorting machines across the country.

“I think the American public should be able to vote by mail and the Postal Service will support it,” DeJoy told the Senate Homeland Security and Government Affairs Committee on Friday, later adding that he is “extremely, highly confident” that mailed ballots sent seven days before the election will arrive on time to be counted.

President Donald Trump has attacked both the USPS and mail-in voting. He explicitly stated that he opposed increased funding for the post office to help it following a decline in income during the pandemic because it would help people vote-by-mail.

“Now they need that money in order to make the post office work so it can take all of these millions and millions of ballots,” Trump said on Aug. 13. “But if they don’t get those two items, that means you can’t have universal mail-in voting.”

“There has been no changes in any policies with regard to election mail with regard to the 2020 election,” DeJoy said, denying doing anything on purpose to disrupt mail-in voting. 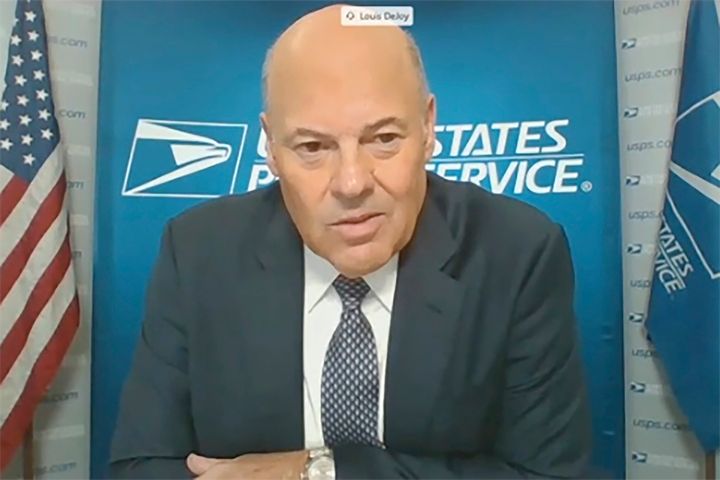 Since DeJoy entered office as postmaster general in July, the USPS has seen a dramatic increase in delivery delays and disruptions. Post offices around the country have been ordered to disable and dismantle 671 automatic mail sorting machines, limit overtime work and alter delivery schedules. Postal workers and Americans awaiting mail have reported huge delays, leading to late prescription drug deliveries to veterans and seniors and rotted meat and the death of baby chicks sent from and to farmers.

The changes to the post office, the ensuing disruptions to mail delivery and Trump’s statements have caused many to look skeptically at DeJoy, as he is a major Republican Party donor with significant investments in USPS competitors and contractors. He continues to hold between $25 and $50 million in XPO Logistics, a logistics firm that contracts with the postal service to help during heavy mail delivery periods like Christmas and acts as a courier between package and fulfillment centers and post office locations. And at least one former Postal Service board of governors member has stated that he was not qualified for the position.

He “didn’t strike me as a serious candidate,” David Williams, the former vice chairman of the Postal Service board, told a hearing held by the Congressional Progressive Caucus on Thursday.

The American people, and their representatives in Congress, however, have “pretty good reasons” to be suspicious of DeJoy and his changes to the USPS, Sen. Mitt Romney (R-Utah) admitted during the hearing, even if there is no nefarious intent on his part, as “the president has made repeated claims that mail-in voting will be fraudulent.”

Both Democrats and Republicans questioning DeJoy endorsed mail-in voting ― which Trump opposes ― and made sure to get DeJoy to say he is not trying to impair it.

Sen. Ron Johnson (R-Wisc.), the committee chairman, however, disagreed with Romney, and committee Democrats, and claimed postal disruptions were simply part of a “false narrative designed to extract a political advantage” and complaints from the public “are highly scripted.” He added that DeJoy “should be commended” and “not condemned.”

DeJoy claimed ignorance at the committee hearing on Friday, asserting that he learned about the removal of mail sorting machines and blue postal mailboxes when the public did. He denied ordering any reductions in overtime, despite reporting showing that he did just that. 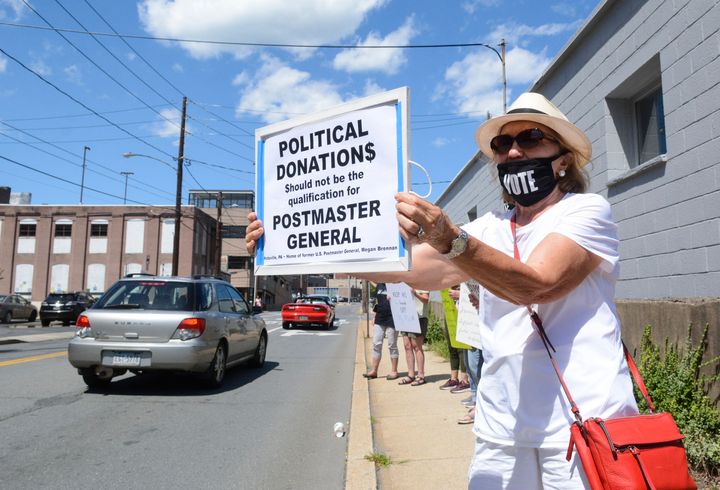 “The only change that I made was that the trucks leave on time,” he said.

DeJoy asserted that changes like the removal of mail sorting machines and mailboxes were caused by policies put in place before he arrived and that he stopped these changes due to “the excitement it was creating.” But he also said he had “no intention” to replace or return any mail equipment disabled in recent weeks.

Sen. Jacky Rosen (D-Nev.) pressed DeJoy to disclose any data or analysis he used to make the changes that have led to increased disruptions, but he was unable to do so.

And while DeJoy said he was halting policy changes at the USPS before the election, he said, “We’re considering dramatic changes” afterwards. Those changes will include major price increases and service reductions, among other things, according to a report by The Washington Post.