Former Secretary of State Mike Pompeo and others slammed the Biden administration Thursday after the White House signaled it was ready to restart diplomacy with Tehran over a nuclear deal.

The critics argued that the administration was rushing into talks with a regime that’s accused of sponsoring terror attacks against U.S. forces. Others fear the Biden administration may provide Iran with sanctions relief and concessions with little shift in its nuclear program.

“The Ayatollah understands only strength. I led a response to the Iranian threat that protected the American people from its terror and supported the Jewish state of Israel,” Pompeo said, according to the Washington Free Beacon. “Adopting the European Union model of accommodation … will guarantee Iran a path to a nuclear arsenal.”

Pompeo said the Trump administration — which in 2018 withdrew from the 2015 Iran nuclear deal negotiated by the Obama administration and other nations — “refused” to “appease the Iranian theocracy,” according to the Washington Free Beacon.

His comments came after State Department spokesman Ned Price said Thursday that the Biden administration would “accept an invitation from the European Union High Representative to attend a meeting of the P5+1 and Iran to discuss a diplomatic way forward on Iran’s nuclear program.” 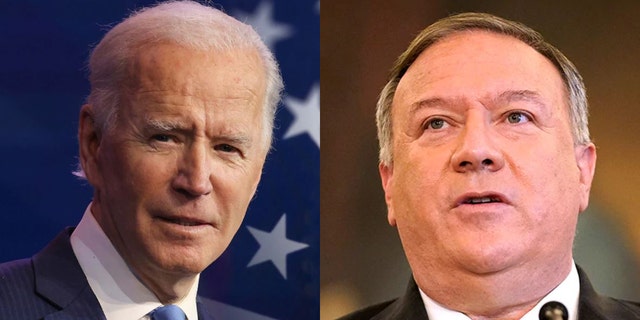 Earlier this week, during an appearance on “Fox News @ Night,” Pompeo responded to comments by his successor at the State Department, Secretary Antony Blinken, who claimed the U.S. was disengaged from foreign policy during the Trump administration.

Later, he added, “The work that we did in the Middle East — whether it’s the Abraham accords in getting multiple countries to agree to recognize Israel, or the work we did to put the Iranian regime under pressure — those were good things for the American people. It created wealth, it created jobs here at home and it kept us more safe as well.”

Bream then asked Pompeo how the Biden adminstration should properly respond to aggressive behavior from Iran.

“When the Iranians sense weakness, they’ll attack,” Pompeo said. “What we did is that when they came after an American, we made this very clear: Whether they attacked an American through a proxy force in Iraq, whether they attacked an American through Hezbollah in Syria, wherever it was, wherever Iran was responsible, we were going to hold the Iranians accountable. That’s the kind of strength that built the deterrance model that we had with respect to Iran. I hope that this current adminsitration won’t give up on that.

“We know under that under President Obama, they coddled the Iraniain regime,” he contined. “They signed up for a deal that presented a pathway, a clear pathway to a nuclear weapon. When the Iranians will sense that that’s the deal, they can strike, they’ll continue to inflict costs on the American people.

“We can’t go back. When President Biden talks about going back, the American people can’t afford to go back to those policies.”

He later characterized the Obama-negotiated accord with Iran as a “crappy deal” that gave Iran the notion it could “push President Obama around.”

“Our [Trump] administration didn’t permit that to happen,” he added.

Washington Post columnist Josh Rogin in an opinion piece Thursday wrote how the reignited talks came after alleged Iranian-linked Iraqi Shiite militia launched rockets at a U.S. airbase in northern Iraq on Monday. He added that the Biden administration had yet to acknowledge who was responsible — despite the militia claiming credit. 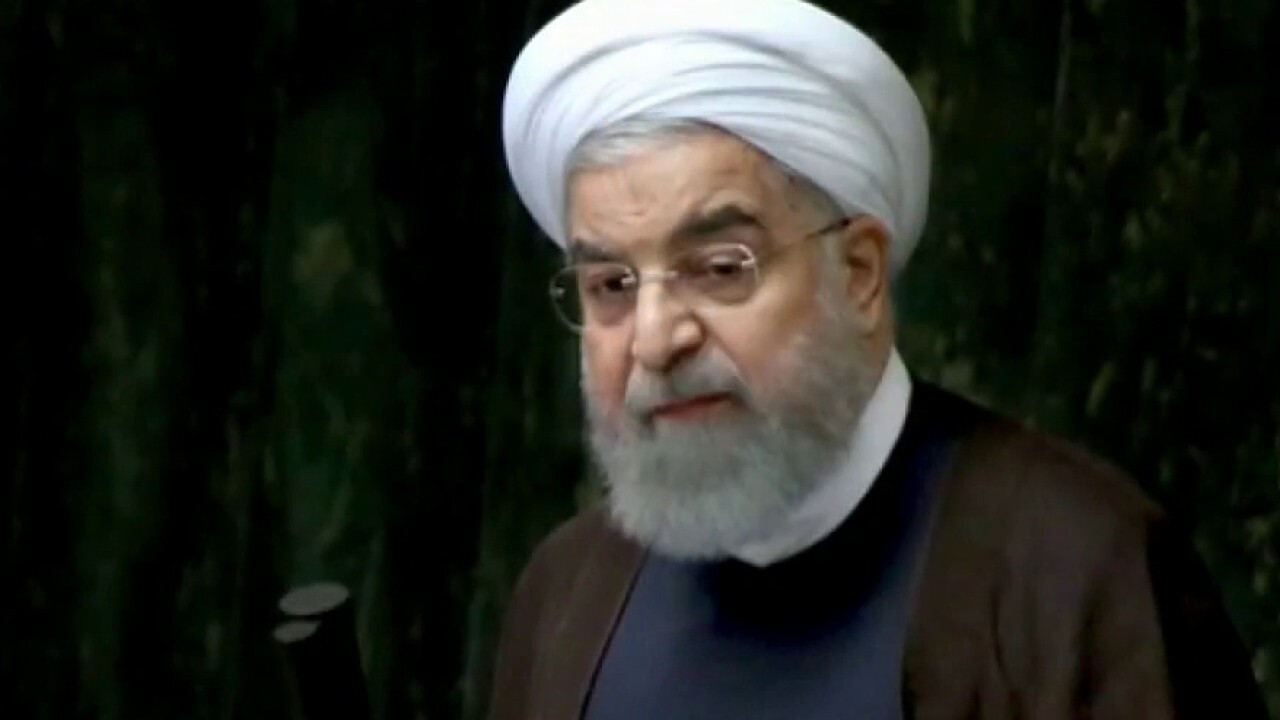 “Other Iranian proxies, such as the Houthis in Yemen, are not rewarding Biden’s more diplomatic approach with restraint — responding to outreach with new attacks on civilians,” Rogin wrote. “Meanwhile, the leaders in Tehran are acting as if they have all the leverage, making demands and escalating their nuclear brinkmanship.”

“Iran takes cheating on the nuclear deal to the next level, fires rockets at Americans in Erbil just days ago, then threatens to keep nuclear inspectors out, and how does Biden respond? Absolutely chokes,” added Hudson Institute senior fellow Rebeccah Heinrichs, according to the Daily Wire. “And what a disastrous message to be sending to adversaries the world over.”

U.S. Rep. Michael McCaul, R-Texas, also criticized the decision, saying the Biden administration needed to use the U.S. sanctions as leverage to get a broader deal that limits Iran’s aggressive actions.

“It is concerning the Biden administration is already making concessions in an apparent attempt to re-enter the flawed Iran deal,” said McCaul, the top Republican on the House Foreign Affairs Committee.

IRAN NUCLEAR DEAL: WHAT IS IT?

Still, others were optimistic in regard to the reignited talks, with U.S. Sen. Chris Murphy, D-Conn. calling it “great news.”

“But the U.S. needs to move quickly,” he wrote on Twitter. “The sooner we reunite with Europe, Russia, and China on Iran policy, the sooner we can extend the Iran deal and work with these partners to curb Iran’s other malevolent behavior.”

The Iran nuclear deal framework – officially the Joint Comprehensive Plan of Action – was a historic agreement reached by Iran and several world powers, including the U.S., in 2015.

Blinken and other senior State Department officials previously stated that in order to be granted relief from U.S. sanctions, Iran must cease its enrichment of uranium and come back into compliance with the 2015 deal, the Free Beacon reported.