WASHINGTON – A new government report concludes that federal police did not clear protesters from Lafayette Park near the White House last summer so then-President Donald Trump could walk to a nearby church for a photo op.

The report, released Wednesday by the Interior Department’s inspector general, says U.S. Park Police and the U.S. Secret Service determined it was necessary to remove protesters from the area in and around the park last June 1 so that contractors could install new security fencing.

Federal police didn’t learn of Trump’s plans to walk through the park and survey damage at St. John’s Episcopal Church until mid- to late that afternoon – hours after they had already begun developing plans for the security fencing and the contractor had arrived in the park, the report says.

“The evidence we obtained did not support a finding that the USPP cleared the park to allow the president to survey the damage and walk to St. John’s Church,” the report said.

‘I was horrified’: Witnesses injured by police testify about Trump’s photo op at Lafayette Square 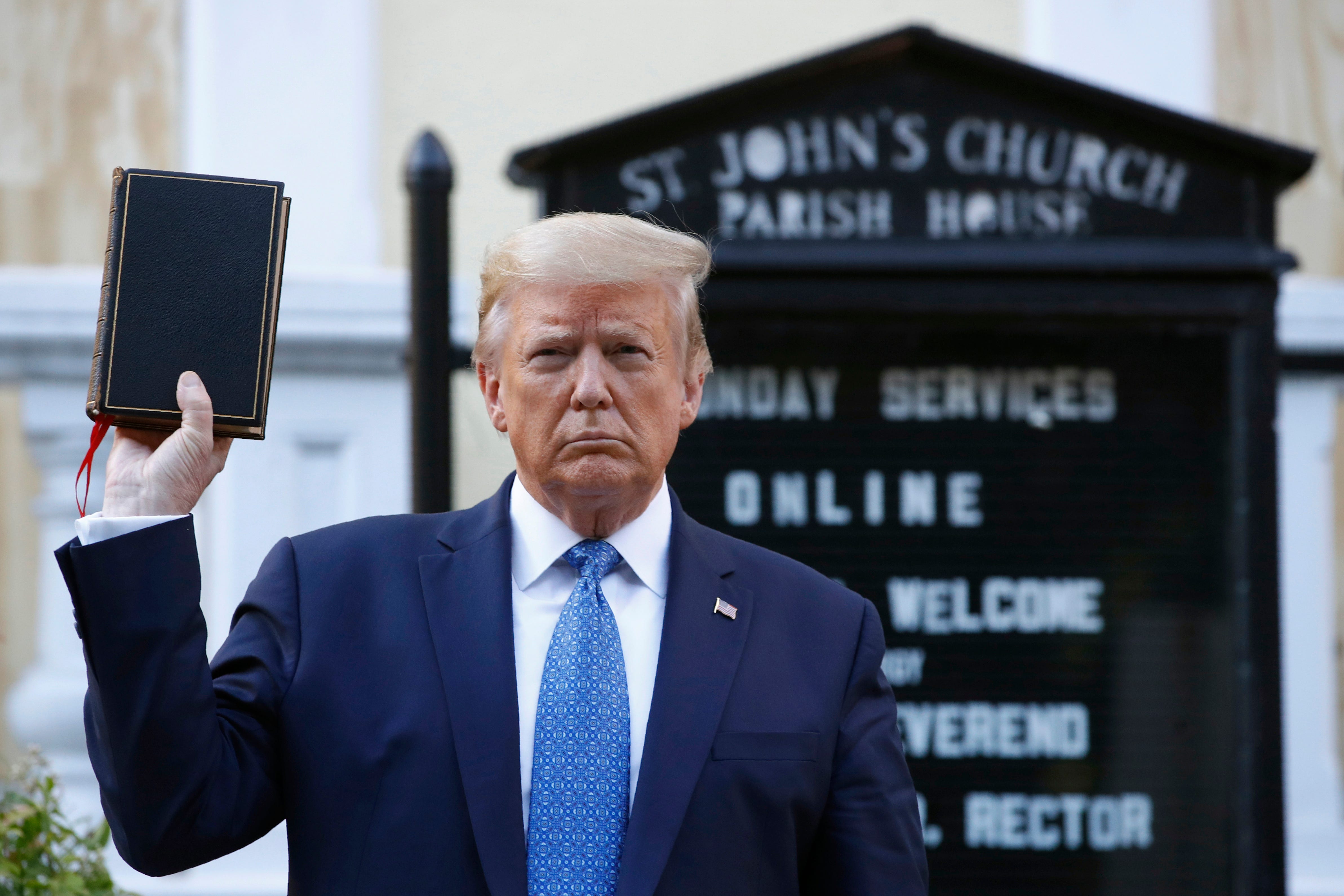 President Donald Trump holds a Bible as he visits outside St. John's Church across Lafayette Park from the White House on June 1, 2020 in Washington DC. (Photo: Patrick Semansky, AP)

Federal and military police violently clashed with protesters and drove them out of the park and nearby streets on the evening of June 1 shortly before Trump walked through the park and stood in front of St. John’s to hold up a Bible.

Police used pepper spray and other chemical irritants to clear the park and the nearby streets of protesters, who had filled the area for days in the wake of George Floyd’s death in the custody of Minneapolis police.

Shortly after the report was released, Trump issued a statement thanking the inspector general “for completely and totally exonerating me in the clearing of Lafayette Park!”

“As we have said all along, and it was backed up in today’s highly detailed and professionally written report, our fine Park Police made the decision to clear the park to allow a contractor to safely install antiscale fencing to protect from Antifa rioters, radical BLM protestors, and other violent demonstrators who are causing chaos and death to our cities,” he said.