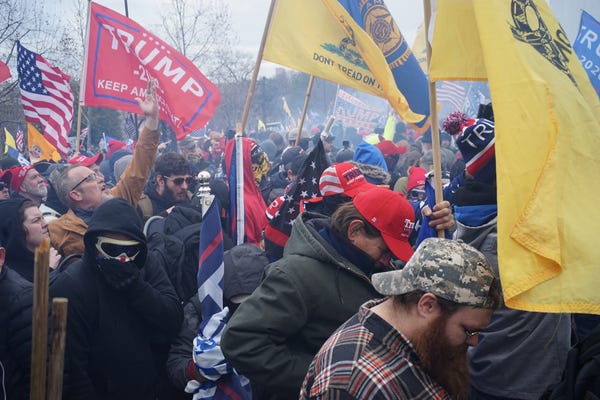 Thousands of rioters armed with sticks and metal pipes, and carrying flags and chanting slogans in support of President Donald Trump, stormed the U.S. Capitol on Wednesday.

The mey hem followed a "March for Trump" rally where Trump repeated unsubstantiated claims of electoral fraud and came as Congress convened to officially certify the results of the 2020 general election.

The crowd clashed with police and fended off barrages of pepper spray, tear gas, and flash bang munitions. Eventually, it grew large enough to form a human wave that surged and overwhelmed the metal barricades. Police officers retreated inside the building as the attackers broke windows and forced their way inside the building. 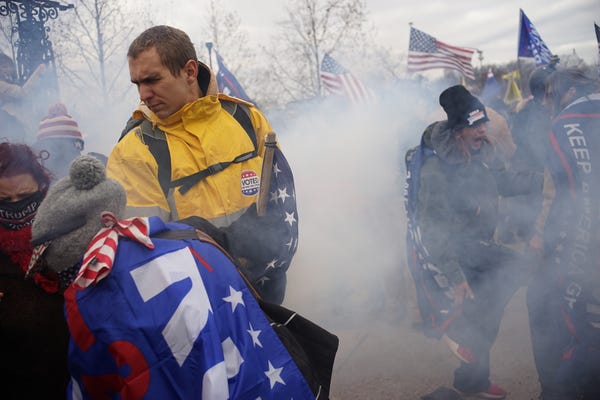 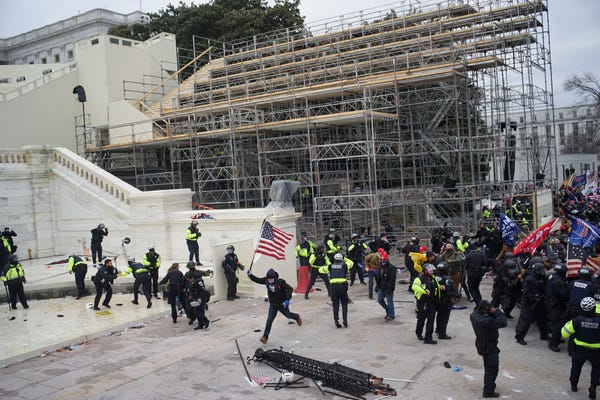 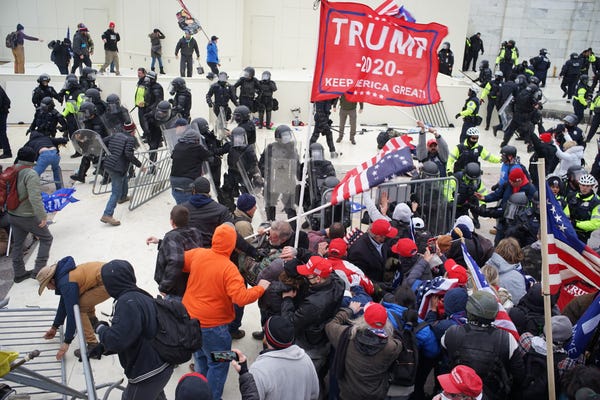 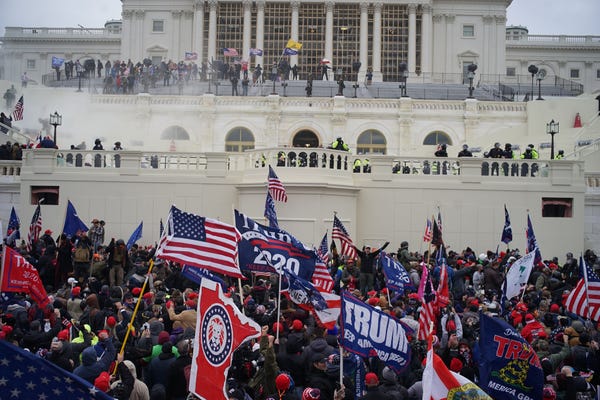 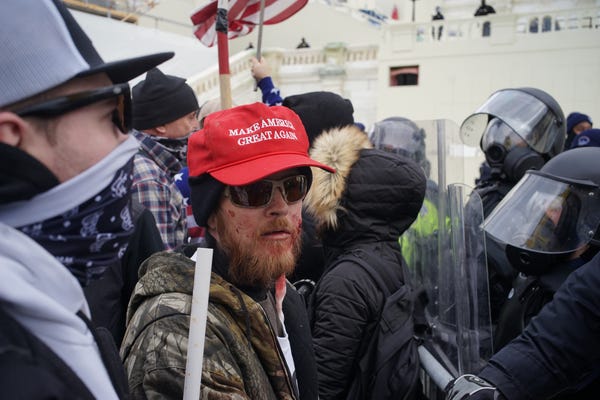 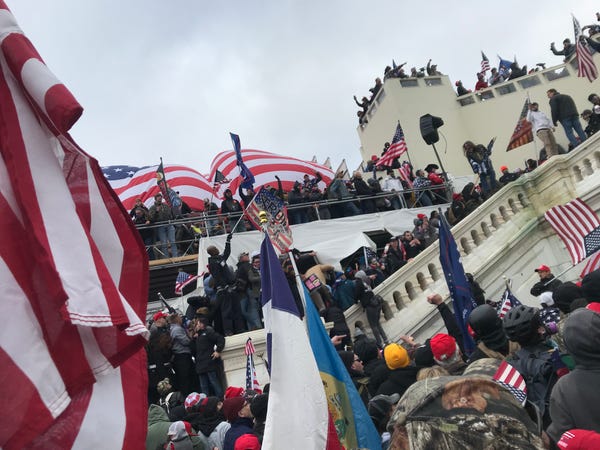 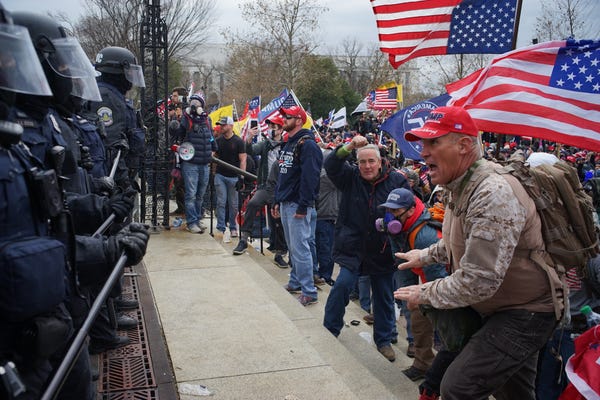 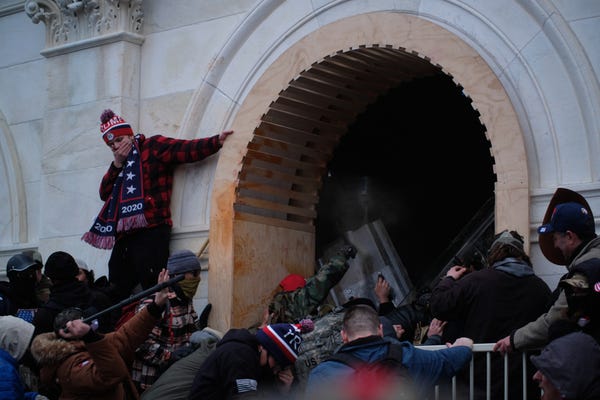 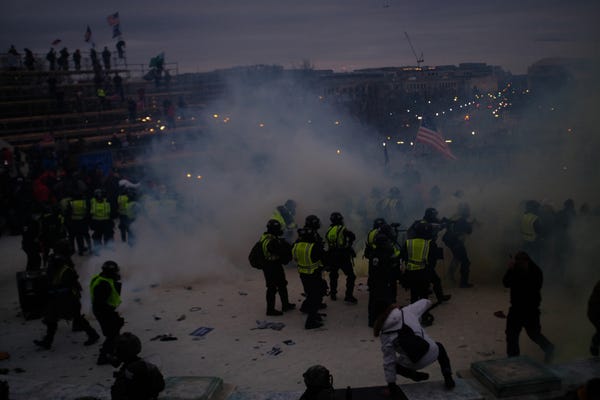