Home » Politics » Perdue balks at Raffensperger's demand for apology, doubles down on calls for resignation

Perdue balks at Raffensperger's demand for apology, doubles down on calls for resignation 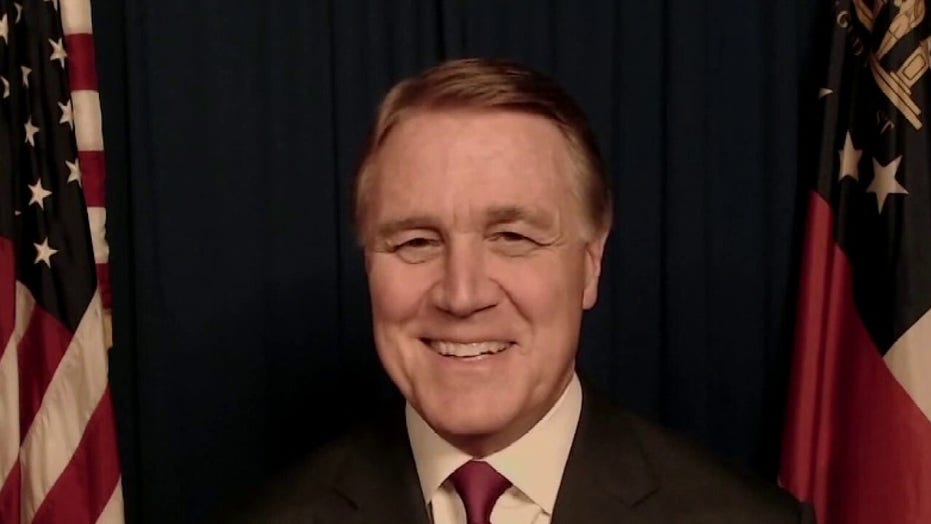 Sen. Perdue doubles down on call for Raffensperger resignation

Sen. David Perdue, R-Ga., fired back at Georgia Republican Secretary of State Brad Raffensperger on Monday after he was accused of provoking "death threats" against Raffensperger's family by calling for the election official's resignation.

"It’s outrageous that anybody made a death threat, but that had nothing to do with my call for his resignation," Perdue told "Special Report" host Bret Baier. " That had to do with total incompetence around what happened in November. "

Earlier Monday, Raffensperger told Fox News host Martha MacCallum that "Perdue still owes my wife an apology for all the death threats she's got after he asked for my resignation," and added that he has "not heard one peep from that man since."

Rafessnperger invited Perdue to call him and settle their disagreements "face to face, man-to-man."

The dispute came after the publication of details of a leaked phone call in which President Trump urged Raffensperger to "find" enough votes that would flip the state to the Republican column.

Perdue said Trump's Saturday call with Raffensperger, in which the president insisted he had won the state by "hundreds of thousands of votes," was aboveboard, and called Raffensperger's alleged leak of the call to the Washington Post "disgusting." Perdue and fellow Georgia Sen. Kelly Loeffler, also a Republican, previously called for Raffensperger to resign from his position and have echoed Trump's unsubstantiated claims of integrity issues surrounding the 2020 election in Georgia.

"Look, we had a secretary of state that acquiesced to Democratic demands," Perdue said of Raffesperger, adding that he found it "very unprofessional that a statewide elected official would secretly tape that and leak" Trump's call.

"That notwithstanding, what the president did on the phone call is what he's been doing the last eight weeks and what I've been asking for as well, " Perdue said. "That's a fair and transparent accounting of what happened in November."

Raffensperger declined to say whether he had advance knowledge that the Saturday phone call would be leaked to the Post, telling MacCallum: "That recording is out there and now people can look at the entirety of the comments that were said and then they can see what he said."