Democrat Rita Hart lost to Miller-Meeks by six votes out of more than 400,000 ballots cast — a less than 1% margin of victory — prompting Hart to petition the election results with Congress in late December.

The House Administration Committee tabled a motion to dismiss a petition contesting the election results of Iowa’s 2nd Congressional District Wednesday, setting up the committee to review the closest race in the 2020 general election. 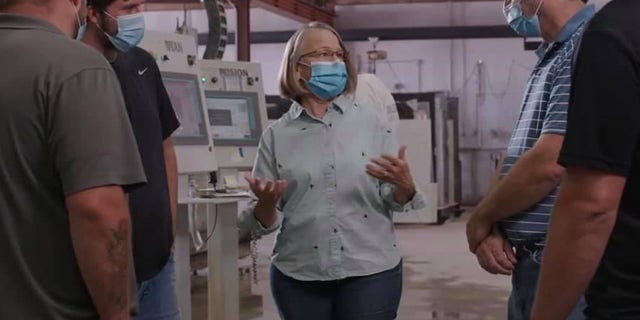 Photos were provided by the Mariannette Miller-Meeks campaign

Miller-Meeks then filed a motion to dismiss the petition, claiming Hart “failed to exhaust state judicial procedures before filing her notice of contest with the House.”

Instead of challenging the election’s results in an Iowa courtroom, Hart lodged her complaint with Congress, claiming that her campaign identified 22 voters in the 2nd District who voted legally, but whose ballots were not included in the final tally.

“At least twenty-two Iowans’ legally-cast ballots still have not been counted due to a string of errors. We are glad to see the House Committee on Administration taking the next step towards ensuring that every legally-cast vote is counted in this race and that all Iowans’ voices are heard,” a Hart campaign spokesman said in a statement on Wednesday.

Despite the close race, Iowa state officials certified the election’s results and Miller-Meeks was provisionally sworn into Congress on Jan. 3.

Republicans defied expectations and took a big bite out of the Democrats’ majority in last November’s elections and only needs to flip five seats in 2022 to regain the control of the House.