New York (CNN Business)The Tokyo Olympics officially kicked off this weekend, and on the face of it, the ratings for Friday’s opening ceremony looked like a flop.

According to early numbers, only 17 million people watched the opening ceremony on TV in the US. That’s down a sharp 36% from the Rio 2016 ceremony, which was itself the lowest rated since 1992.
That’s bad news for NBC, which has invested billions of dollars to license the Olympics over the next decade.

But dig a little deeper, and viewership wasn’t actually down as much as you’d think — underscoring that TV numbers no longer tell the whole story.

For example, the number of people streaming the Tokyo opening ceremony via NBCOlympics.com and the NBC Sports app soared 72% compared to Rio.

So far viewers have streamed 371 million total minutes of Tokyo Olympics content on NBC’s various digital platforms combined, up 21% from the comparable time period for Rio, according to NBC.
While the network didn’t break out specific metrics for Peacock, NBC did say the service notched its “most-consumed Saturday ever.”
Unlike five years ago, streaming is no longer a secondary side business scooping up some extra viewers via websites and apps. It’s a major part of every media company’s plan and future, with NBC’s year-old Peacock streaming service just one of dozens. Audiences have multiple viewing options, from these premier streaming services to social media, and their viewing habits are changing. 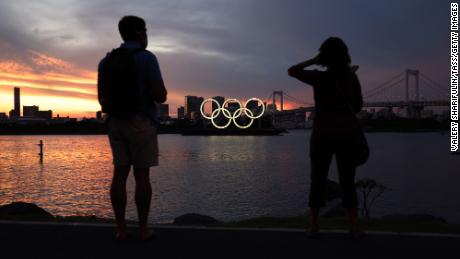 The shift underscores the increasing fragmentation of the media space, which means TV alone may not draw the huge numbers it once did — even for a monster event like the Olympics. That hardly means people aren’t watching, and because NBC is hoping the Olympics will boost signups and engagement for Peacock, the digital viewership is good news.
It’s not as if networks no longer care about traditional TV numbers. So yes, those opening ceremony TV ratings are a disappointment. But they’re also a reflection of the changing media times — and NBC is hoping those digital viewership numbers will remain strong through the two-week event.
Source: Read Full Article