But the committee stopped short of calling on News Corp to dilute or otherwise cede any of its Australian interests, and instead made a number of recommendations — including the creation of a judicial inquiry into media diversity, ownership and regulation.
The report said it is clear the country’s media regulation is not “fit-for-purpose” and that significant changes are needed.

The inquiry was launched after more than 500,000 people signed a petition initiated by former Prime Minister Kevin Rudd last year that called for a royal commission into News Corp’s outsized influence in Australian media. 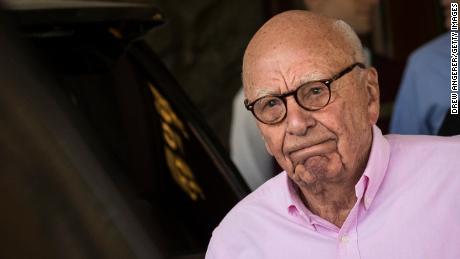 The company owns two-thirds of the country’s metropolitan print mastheads and some of Australia’s most popular news websites. It also has radio interests in every state and territory, along with a majority share of the Foxtel news network, which broadcasts Sky News.

The petition accused News Corp of using its power to “attack opponents in business and politics by blending editorial opinion with news reporting.” Rudd said he had personal experience of that during his time as Labor Prime Minister.
“Australians who hold contrary views have felt intimidated into silence. These facts chill free speech and undermine public debate,” the petition said.
The Senate inquiry cited a handful of examples that it said demonstrated the extent of News Corps’ control.
The clearest example, the report said, was how swiftly the government reacted to News Corp’s change of tack on climate change after years of policy indecision.
“After nearly a decade of campaigning against the science of climate change and against policies aimed at lowering carbon emissions, editors of all of News Corp’s Australian mastheads suddenly decided, at the same time, to take the opposite line,” the report said.
This October, Murdoch-owned papers launched a “Mission Zero” campaign, calling on the country to embrace a policy to reach net zero emissions by 2050, which Australian Prime Minister Scott Morrison took to COP26 climate change talks in Glasgow, Scotland, in November. It’s now a key part of his election platform ahead of the upcoming Australian election.
News Corp did not immediately respond to a request from CNN Business for comment about the report.
But during a public hearing in February, Michael Miller, the executive chairman of News Corp Australia, defended the company and accused Rudd of misleading the committee about the number of titles the company owns.
Miller said diversity was not only about ownership, but diversity of opinion, which Australians were able to access in “unlimited” volumes online.
He said threats to media diversity need to be addressed, but they concern government laws, not ownership.
“Too many laws threaten journalists with jail, too many documents are top secret and too many whistleblowers are punished when they should be protected,” he said.
The report included two dissenting views, both from members of the ruling Coalition government.
Liberal Senator Andrew Bragg called the recommendations “reckless” and said intervention in the private sector could ultimately harm press freedom. Nationals Senator Sam McMahon said calls for more government involvement were censorship in disguise.
Rudd rejected the dissenting views on Twitter, calling it “a profound disappointment that Liberal & National senators decided again to jump into bed with Murdoch against the Australian people & our democracy.”
Murdoch’s media empire spans the globe, and it has also faced scrutiny in the United Kingdom, where News Corp owns newspapers including The Sun and The Times.

In 2017, UK regulators spent months investigating 21st Century Fox’s proposed $15 billion takeover of the broadcaster Sky and how it would impact the media market. The government also probed whether Fox would uphold UK broadcasting standards.
That deal never materialized. Fox eventually lost the battle for Sky to Comcast (CMCSA), while Disney (DIS) spent tens of billions of dollars to pick up most of Fox’s assets — excluding Fox News Channel, Fox Sports and the Fox broadcast network.
Source: Read Full Article