EXCLUSIVE: Ohio Senate candidate Bernie Moreno is spending more than $4 million to go up starting Thursday with a six-week-long ad blitz in the crowded and competitive Republican nomination battle in the 2022 race to succeed retiring GOP Sen. Rob Portman.

In the spot, which was shared first with Fox News on Wednesday, the successful Cleveland-based businessman and luxury auto dealership giant takes aim at President Biden and congressional Democrats.

“My parents came here for the American dream,” Moreno, who at age 5 joined his family in immigrating from their native Colombia to the United States, says at the top of the commercial. “A dream briefly crushed by Jimmy Carter. Failed Policies causing massive inflation.”

He then argues that “Joe Biden and the socialists are rerunning the same playbook” and charges that the massive spending bills passed by the president and congressional Democrats so far this year are “leading to crippling inflation. They’re getting richer. You’re getting poorer. I’ll stop Biden before he destroys America.”

Moreno – who is supported by Ric Grenell, who served as acting director of United States National Intelligence during former President Trump’s administration, and by former top Trump political adviser and consultant Kellyanne Conway – is part of a crowded Senate primary field of 11 contenders.

Moreno’s campaign highlighted that its ad blitz is the biggest, most concentrated buy to date in the Ohio Senate race and is “believed to be the most significant buy done at this stage in any Ohio primary ever.” 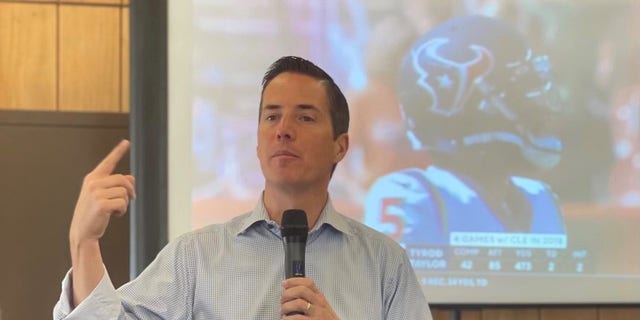 Gibbons announced in July that he’d spend $10 million to run ads through the May 2022 Senate primary in Ohio.

The winner of next year’s Republican primary may face off against longtime Democratic Rep. Tim Ryan of northeastern Ohio.

Ryan, who declared his candidacy for the Senate in April, is considered the favorite for the Democratic nomination in a primary field expected to be much smaller than the large GOP roster of contenders. Progressive Morgan Harper, a former Consumer Financial Protection Bureau senior adviser and 2020 congressional candidate, announced her candidacy over the summer.