Graham Stuart refuses to rule out energy rationing this winter

The National Grid’s warning that in a worst case scenario potential gas shortages could result in British homes losing power for up to three hours at a time this winter has focused attention on the fragility of UK energy supplies. 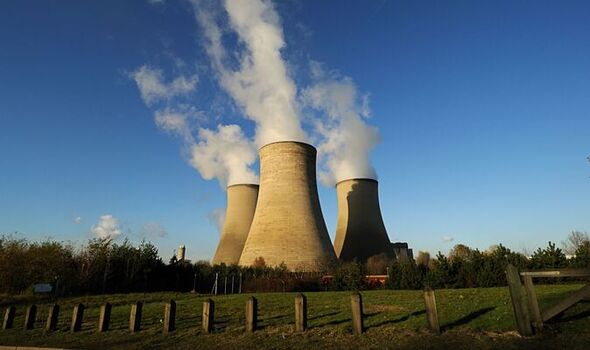 Craig Mackinlay – the chairman of the Net Zero Scrutiny Group of MPs – described the situation as “beyond serious” and denounced the past quarter century of UK energy policy as a “failure”.

Stressing the importance of securing reliable gas supplies, the South Thanet Conservative MP said: “Gas is the fuel which balances the grid because of its ability to instantly spark up to meet demand. High prices, energy insecurity and now the threat of winter blackouts because the world is scrabbling for limited international gas highlights the failure of UK energy policy over 25 years.

“Relying on renewables is a fool’s errand – great when it’s windy and sunny; as useful as a chocolate teapot when it’s not. We need to wake up and pursue the quickest route to new nuclear and domestic gas wherever we can extract it, be it North Sea or onshore shale.”

Mr Mackinlay called for the goal for the UK to have net zero carbon emissions by 2050 to be “laid to rest” until the country has the energy supplies it needs.

He said: “For this winter, if we need to use coal then so be it as the situation is beyond serious. For the foreseeable future net zero ambitions and muddled thinking need to be laid to rest until we can bridge the current crisis.”

His comments come as the UK has started a licensing round which would allow oil and gas companies to search for fossil fields in the North Sea. Nearly 900 locations have been offered for exploration by the North Sea Transition Authority.

In a bid to shield people from the impact of rocketing gas prices in the wake of Russia’s invasion of Ukraine, the Government has introduced an “energy price guarantee”. This is designed so a typical household will pay around £2,500 a year for the next two years.

Gwythian Prins, a security expert and Emeritus Research Professor at the London School of Economics, said the crisis was only “marginally” to do with Ukraine and blamed the energy policies of recent decades. He said a reliable electricity grid required “firm power” – power that is capable of being generated on demand.

Commenting on the potential for rolling blackouts, he said: “This is absolutely standard third world stuff and for a country which is the world’s fifth biggest economy and had an electricity grid which [was] the most secure and robust in the world, it is humiliating.”

He wants the Government make energy security a “national security priority” which would override planning concerns.

Ambitions for achieving net zero, he said, had to be “pushed back for another day when we are not facing a national security crisis”.

Britain, he said, will have to do “whatever it takes” to buy liquefied natural gas (LNG) on the international market.

He warned: “We may be facing a winter in which there is actually not available electricity sufficient to cover peak demand.”

The Government says its energy price guarantee measures will on average save a household £1,000 a year. But Andy Mayer of the Institute of Economic Affairs attacked the policy, saying the policy does not “discriminate between essential need and luxury uses for the well off like hot tubs and patio heaters”.

Warning that children will “feel the pain of the higher future taxes and borrowing required to pay for it,” he said: “It would have been better to spend less, but on targeted benefits that help the poorest, and economy-wide tax cuts that help working people. This would have retained the incentive to use less energy, while making us all feel better off, rewarding those who do the most to save energy.”

Environmental campaigners have warned that avoiding blackouts will be “difficult” but said the best action in the short term “is try to insulate as many homes as possible”.

On Friday, Prime Minister Liz Truss restated her ambition for the UK to “become a net energy exporter by 2040”.

A senior Conservative warned against ditching the Government’s net zero ambitions, warning: “The verdict of history would be devastating.”

The Department for Business, Energy and Industrial Strategy was invited to comment.