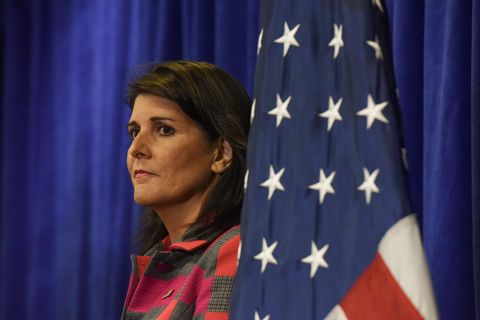 President Trump promised a “big announcement” Tuesday morning, ahead of a meeting with Nikki Haley, his ambassador to the United Nations. Or, actually, his former ambassador—because the announcement in question, which to most political outlets seemed to have come out of left field, is that Haley is resigning from her role at the U.N. 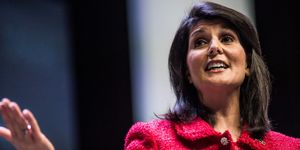 Haley had reportedly floated her resignation to Trump in recent months, he said, saying that she wanted “a break.” She will finish out 2018 in her role, with a replacement likely to be nominated in the near future. (And Trump’s meeting with Kanye West on Thursday, so that’s that sorted?)

“She’s done a fantastic job,” Trump said of Haley during a press conference, adding that he hopes she will return to his administration in future. “We’re all happy for you in one way, but we hate to lose you,” he continued. Haley said that “defend[ing] America” in her role at the U.N. “has been an honor of a lifetime.”

Trump nominated Haley for the job shortly after his victory in the 2016 election, and she was confirmed by the Senate in January 2017. During her two years, she was often the person foreign leaders would go to for guidance when the rest of the administration was inconsistent with their policy positions. She was vocal with her opinions on Iran and North Korea, and she disagreed with President Trump on certain issues. Time magazine even put her on a cover as one of the woman “changing the world.”

Vote no on Brett Kavanaugh’s confirmation