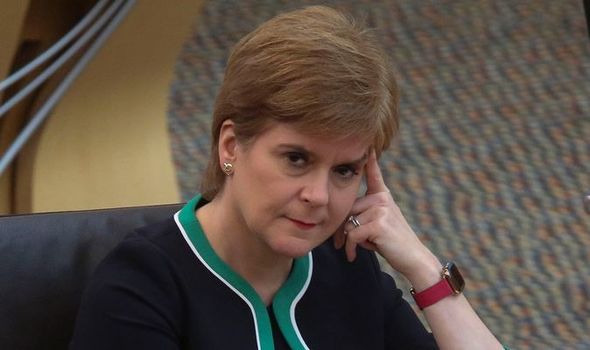 Professor Robert Dingwall said that the decision to make pupils wear masks in Scottish schools was a “deliberate attempt to make mischief”.

Shortly after the Holyrood decision the UK government, which had ruled out masks in schools, U-turned, saying they would be needed where a local lockdown was in place, or at the head teacher’s discretion.

The move prompted Sir Charles Walker, vice-chairman of the 1922 committee of backbench Tory MPs, to accuse the government of repeatedly following the Scottish lead.

Must keep Speaking in a personal capacity Professor Dingwall said he believed the SNP manoeuvres were aimed at “embarrassing” Westminster.

They came at a time when education secretary Gavin Williamson was reeling from the A-level fiasco and also preyed on the fears of parents nervous about children returning to class, he said.

A “kind or compassionate” government would not compel children to wear masks, said the professor.

He explained that before the mask row he could understand why the Scottish government might have taken a different approach to the rest of the UK because of the uncertainty of the science.

“If Scotland and Westminster diverge, this does not have to mean that the Scottish path has been chosen to promote the SNP at the expense of the UK government,” he said. “And I have cut the Scottish Government a fair bit of slack in their management of the Covid-19 pandemic.” 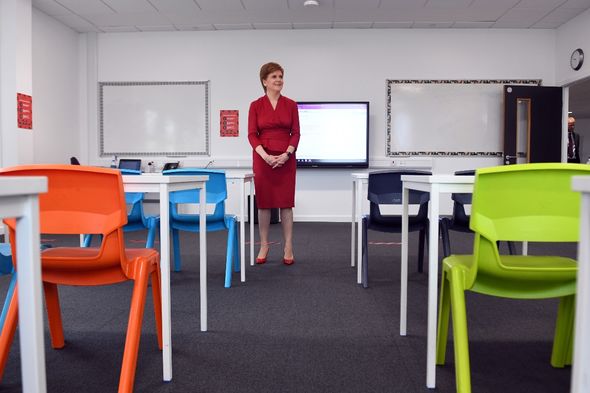 But  the Professor of Sociology at Nottingham Trent University went on: “This week’s fiasco over face coverings in secondary schools forces me to change my mind.

“The interests of Scottish children have been sacrificed to the desire to embarrass the Westminster government.

“It is a deliberate attempt to make mischief when a weakened education minister is trying to coax fearful parents and their children back to school.”

Scottish schools began to reopen in the second week of August. It was after pupils had returned that Nicola Sturgeon introduced the idea of masks.

Professor Dingwall suggested that if there had been genuine fears about transmission in schools, Holyrood would have acted before their schools went back.

Sturgeon claimed she was following the advice of the World Health Organisation that children over 12 should wear masks.

But Professor Dingwall said the actual recommendations from the WHO were more nuanced. 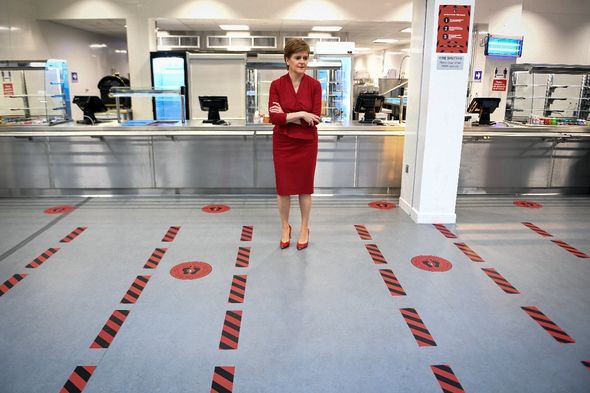 He said: “The science has not changed but the political opportunity beckoned. The result is that English children have also been thrown under the bus.

“The Scottish Government claims that the change was based on a new World Health Organisation recommendation.

“The actual WHO document is complex and elaborately worded to balance weak evidence with different political and cultural contexts.”

He said that the recommendation was not just a “simple instruction to cover faces in busy corridors” but  one that stressed the main value of face coverings was when there was a high level of community infection.

“The Scottish Government has been bragging for weeks about how low its infection rates are, compared with the rest of the United Kingdom,” Prof Dingwall said.

He suggested that children would not be spending long enough in corridors for it to be a risk of transmission, adding that ventilation was a better solution.

He went on: “Requiring face covering for pupils is not the action of a kind or compassionate government.

“Implementation beyond the legal minimum is not the action of a teaching profession that claims to have the welfare of children as its first consideration.”

Ellen Townsend, a professor of psychology of the University of Nottingham, also expressed alarm, suggesting masks in corridors could be the thin end of the wedge.

“Most people who have died of these were very fragile, had multiple morbidities and are well over the age of the average life expectancy.

“Of course, every death  is tragic – we lose  around 1700 people from all causes every day in England and Wales, but people are not aware of the baseline.

“If my dear mother was still alive she would not want children to sacrifice living for an infinitesimally small chance that they would get coronavirus and die. Remember most people who contract coronavirus are not aware that they have it. A study this week showed that no healthy children have died from it.

“There are no good community based studies especially those involving children and it is not good enough scientifically to mandate the use of masks on the basis of a precautionary principle.

“The use of masks is dehumanising. Seeing a face is important for social development and for communication. We derive so many important cues from faces – of course eyes tell you something, but you cannot see a trembling lip or grimace. I worry that it is ‘salami slice’ policy making. 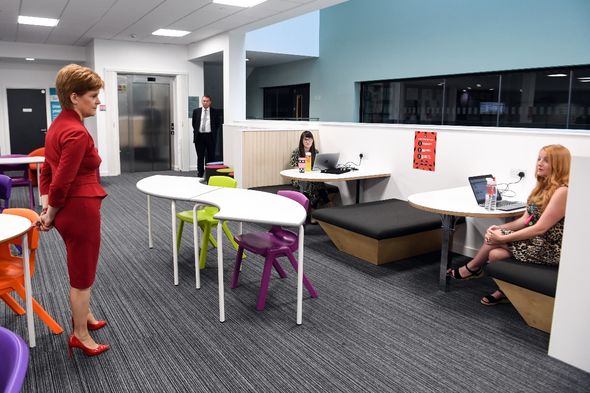 “We mandate masks in corridors and the danger is we will bring them in to assemblies, classrooms and elsewhere. How will a teacher know a child is in distress?

“In all of this we have lost sight of children’s needs and evidence is being diverted to a virus that right now is no more bothersome than flu.”

Opposition parties in Holyrood have said that the warning from a prominent academic must be taken seriously.

Jamie Greene, Scottish Conservative shadow education secretary, said: “Our paramount concern must be the safety of children balanced with the quality of their educational experience.

“The main problem many parents have is that no scientific justification has been presented to them by the Scottish government over its decisions.

“The fact that senior and respected academics are questioning the motives of the SNP government demonstrates a worrying lack of faith in the decision making process.

“Given that there are four nations discussions over these important issues, one does wonder sometimes why Nicola Sturgeon inevitably always makes the first move.”

But a Scottish Government spokesman said: “After Scotland’s schools went back, the World Health Organisation issued new advice recommending face masks for children aged 12 and over when they cannot social distance.

“As part of our pledge to keep all safety measures under review in light of the latest expert advice, we accepted the recommendations of our scientific advisers based on this and other emerging evidence, that pupils should wear face masks in communal areas.”

Meanwhile, sources in the UK government have said Ms Sturgeon’s administration in Scotland has been “a nightmare to work with”.

The senior source said: “We have tried to work cooperatively with the devolved administrations and while Wales and Northern Ireland have been constructive and helpful, the SNP in Scotland have just thought about political gain.

“If you tell the SNP ministers something they announce it publicly straight away and then if you hold it back because you don’t want the information public they cry foul.”