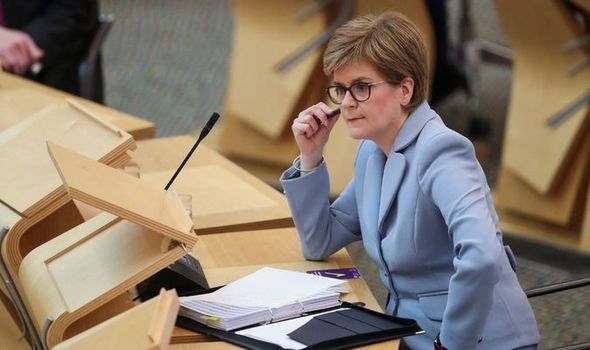 Scottish Labour leader Anas Sarwar said the First Minister had breached a Duty of Candour law that meant the family should have been informed immediately after the connection was discovered. More than 30 sick children were found to have infections linked to the water supply at Glasgow’s Queen Elizabeth University Hospital and two children died.

Mr Sarwar told First Minister’s Questions that it was the “biggest scandal of the devolution era”and it was it is “unforgivable” that the family of Milly Main – a 10-year-old girl who was in remission from leukaemia but died after contracting an infection – had learned of the probable cause of death in a newspaper.

Despite attempts by NHS Greater Glasgow and Clyde to contact affected families since the scandal came to light in 2019, Mr Sarwar warned the relatives of the other child who died have “almost certainly” not been found.

Ms Sturgeon told the Holyrood chamber that “regrettably” the family of one of the children who had contracted an infection had not been reached despite “rigorous” attempts to contact them.

The First Minister said NHS Greater Glasgow and Clyde would take “all reasonable and appropriate steps” to contact them but Mr Sarwar said her response was “not good enough.” 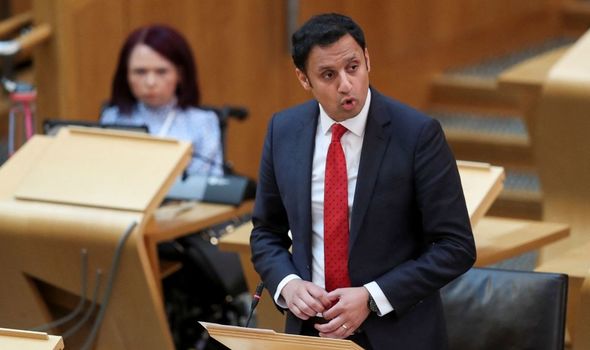 An independent case note review previously concluded there were significant failings over infection prevention and control, governance and risk management at the QEUH campus.

It investigated 118 episodes of a particular type of serious infection, caused by Gram-negative environmental (GNE) bacteria, from 2015 to 2019.

Patients were aged between three months to 18 years and were all receiving treatment for blood disease, cancer or related conditions.

It found a third of these infections were “most likely” to have been linked to the hospital environment, and that the deaths of two of the 22 children who had died were, at least in part, the result of their infection.

JUST IN: We WON’T back down: Lord Frost tears VDL’s Brexit intervention apart

Both children had other serious medical problems and the review concluded that “even without the infection”, their survival would still have been uncertain.

Mr Sarwar said Ms Sturgeon was Health Secretary when the hospital was commissioned and First Minister when it opened “despite an independent review finding that the water supply was not safe.”

“The First Minister has broken the law and she must take personal responsibility that this family will be found and told the truth about what happened to their child. Someone must be held accountable for this scandal.”

Ms Sturgeon extended her “deepest sympathies” to the families involved and the review team has managed to contact all of them “with the exception of one”.

She said: “One family regrettably, and despite extensive efforts by the team and by NHS Greater Glasgow and Clyde, has not been able to be contacted.

Challenged by Mr Sarwar to “take personal responsibility that this family will be found and told the truth about what happened to their child”, Ms Sturgeon said: “I will certainly be ensuring that the health board is doing everything that is reasonably possible to locate this family.”

The First Minister also pointed out that her government had previously announced an independent public inquiry “to get to the bottom of everything that happened.”