Newspapers across U.S. rebuke Trump for attacks on press

LOS ANGELES (Reuters) – Hundreds of U.S. newspapers on Thursday launched a coordinated defense of press freedom and a rebuke of President Donald Trump for denouncing some media organizations as enemies of the American people.

“A central pillar of President Trump’s politics is a sustained assault on the free press,” said the editorial by the Boston Globe, which coordinated publication among more than 350 newspapers.

“The greatness of America is dependent on the role of a free press to speak the truth to the powerful,” the Globe said. “To label the press ‘the enemy of the people’ is as un-American as it is dangerous to the civic compact we have shared for more than two centuries.”

Each of the newspapers, including some in states that Trump won during the 2016 presidential election, ran an editorial, which is usually an unsigned article that reflects the opinion of an editorial board and is separate from the news and other sections in a paper.

The First Amendment of the U.S. Constitution guarantees freedom of the press.

Trump has frequently criticized journalists and described news reports that contradict his opinion or policy positions as fake news.

He lashed out again on Thursday, tweeting “THE FAKE NEWS MEDIA IS THE OPPOSITION PARTY. It is very bad for our Great Country….BUT WE ARE WINNING!”

He also wrote there was nothing he would want more for the United States than true freedom of the press, but that much of what the media published was fake news, “pushing a political agenda or just plain trying to hurt people. HONESTY WINS!”

A customer walks past the front page of the Boston Globe newspaper referencing their editorial defense of press freedom and a rebuke of President Donald Trump for denouncing some media organizations as enemies of the American people, part of a nationwide editorial effort coordinated by the Boston Globe, at a newsstand in Cambridge, Massachusetts, U.S., August 16, 2018. REUTERS/Brian Snyder

The Republican president’s comments reflect a view held by many conservatives that most newspapers and other news outlets distort, make up or omit facts because of a bias against them.

A representative for the White House did not immediately respond to requests for comment on the editorials.

In its editorial, the New York Times said it was correct to criticize the news media for underplaying or overplaying stories or for getting something wrong.

“News reporters and editors are human, and make mistakes. Correcting them is core to our job,” the Times said. “But insisting that truths you don’t like are ‘fake news’ is dangerous to the lifeblood of democracy. And calling journalists the ‘enemy of the people’ is dangerous, period.”

Thursday’s coordinated editorials were criticized by some in the media, including a CBS News commentary that described them as a “self-defeating act of journalistic groupthink.”

“Seriously — Who’s going to be persuaded by this effort, or be impressed that a few hundred newspapers can hum the same tune? Who’s even going to notice?” CBS News’ commentary asked.

Politico’s media critic, Jack Shafer, wrote this week that the coordinated editorial response was sure to backfire.

“It will provide Trump with circumstantial evidence of the existence of a national press cabal that has been convened solely to oppose him,” Shafer said. “Trump will reap enough fresh material to whale on the media for at least a month.” 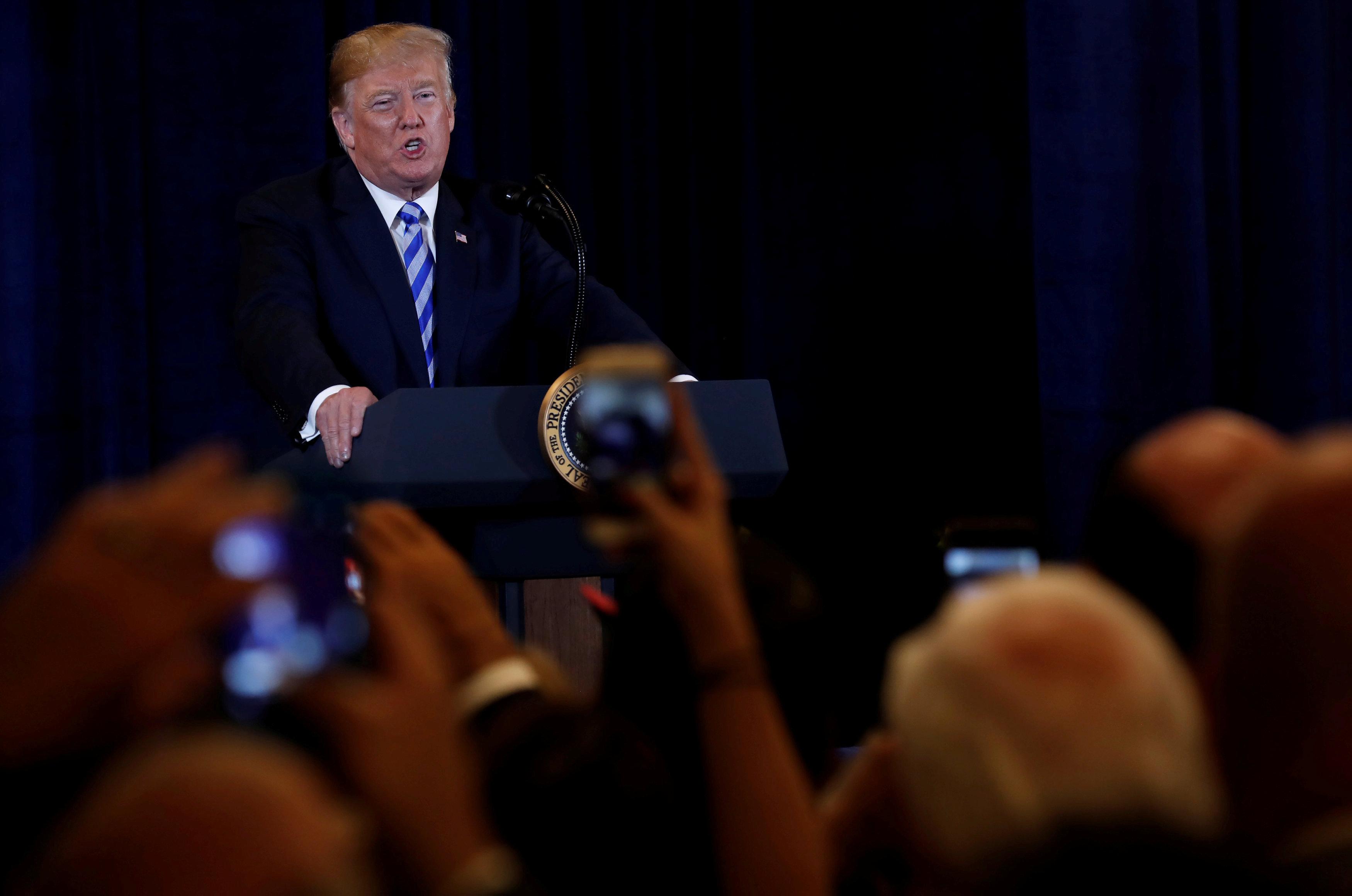 Newspaper editorials across U.S. rebuke Trump for attacks on press

Kelly to stay on as White House chief of staff through 2020: WSJ