In the end, it wasn’t even close.

But what the Democrats’ sweeping victory in a very blue district the party’s controlled for a dozen years tells us about next year’s midterm elections – when the GOP needs a net gain of just five seats to regain the House majority they lost in the 2018 midterms – is debatable.

Stansbury, an environmental policy expert who once worked as a congressional and White House aide, won just over 60% of the vote in Tuesday’s special election to fill the seat left vacant when Deb Haaland stepped down earlier this year after being confirmed as interior secretary in President Biden’s Cabinet. 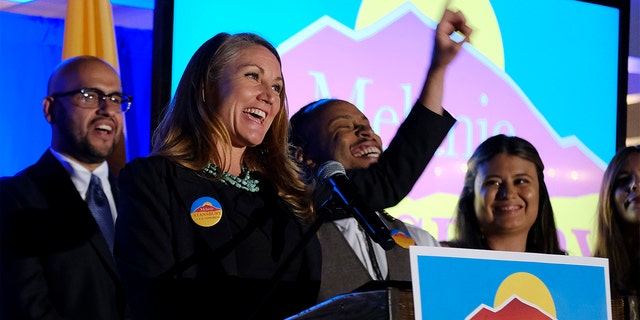 Republican state Sen. Mark Moores grabbed nearly 36% of the vote, with a libertarian candidate and an independent contender combining for 4% of the final tally.

The district, in the central part of New Mexico, includes roughly three-quarters of Albuquerque, the state’s largest city. It’s a solidly blue seat – Haaland won reelection last year by 16 points and Biden carried the district by 23 points over then-President Trump.

House elections analyst David Wasserman of the Cook Report, a well-known nonpartisan political handicapper, predicted ahead of the election that a victory by more than 15 points by Stansbury should make the Democrats very happy, while a victory of less than 10 points might be interpreted as a “sign of a Dem turnout problem post-Trump.”

The Democratic Congressional Campaign Committee (DCCC), following Stansbury’s win touted that “Democrats are stronger than ever.”

Pointing to Moores’ repeated spotlighting of Albuquerque’s rising crime and Stansbury’s initial support for a “defund the police” type measure, DCCC chair Rep. Sean Patrick Maloney emphasized that “New Mexico voters chose a leader with the grit and determination to deliver results and rejected the tired Republican tactics of lies and fear mongering.”

Maloney argued that “while Mark Moores and the GOP spent this special election doing their best Trump impression, Melanie focused on building our country back better, getting folks back to work, and creating an economy for all New Mexicans.”

After suffering an electoral setback a month ago in a congressional special election in Texas and defending their razor-thin majority in the House of Representatives, Democrats took no chances this time around in neighboring New Mexico.

Second gentleman Doug Emhoff traveled to New Mexico last week to campaign for two days with Stansbury, and first lady Jill Biden was there in April. Two of the top Democrats in New Mexico, Gov. Michelle Lujan Grisham and Sen. Ben Ray Lujan, teamed up with Stansbury in the closing stretch leading up to Election Day. And last week President Biden put out a statement personally endorsing Stansbury, a state representative.

The DCCC infused a modest amount of resources in the race, and thanks to help from some House Democratic lawmakers, Stansbury dramatically outraised Moores – and outspent him by a two-to-one margin to run ads. 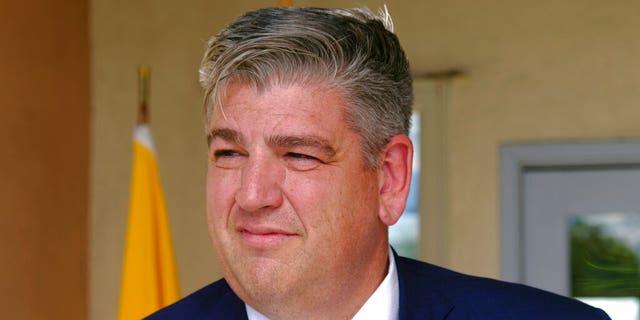 That paid off, as Stansbury enjoyed a substantial advantage over Moores following the two weeks of early voting, which ended Saturday.

The National Republican Congressional Committee (NRCC) and pro-GOP outside groups stayed on the sidelines.

But NRCC communications director Michael McAdams took aim at the Democrats, telling Fox News that “the fact that Democrats feel the need to celebrate holding a district President Biden carried by over twenty points tells you everything you need to know about the headwinds they face going into the midterm election.”

It’s debatable whether the Democrats’ big win in New Mexico or the GOP’s strong performance in the May 1 special election for a vacant House seat in Texas’ 6th Congressional District will serve as much of a barometer for what will happen in the 2022 midterms elections.

Tuesday contest was a low turnout election – just over 131,000 ballots were cast, compared to 320,000 in last November’s contest. It was also a multi-candidate field and the national parties and outside groups pretty much stayed out of the showdown.

“It probably doesn’t mean much one way or another,” Kyle Kondik, an analyst for the nonpartisan political handicapper Sabato’s Crystal Ball, told Fox News.

And he doesn’t see the results from Tuesday night impacting the GOP emphasis on crime and defunding the police, which appeared to help them to unexpected victories last November when Republicans took a big bite out of the Democrats House majority even while losing the Senate and the White House.

“We know that law and order themes are going to be prevalent in Republican advertising next year no matter what. It’s part of the playbook at this point. But it’s not a cure-all for everything,” Kondik said.

But he pointed out the heavily blue seat was “not the sort of district that those sorts of messages would work anyway.”

Once Stansbury is sworn in, the Democrats will hold a 220-210 margin over the GOP in the House, with four seats still vacant.

But the GOP will pick up a House member following the July 27 runoff in Texas’ 6th District race, where both candidates are Republicans.

Two special House elections for vacant seats in Ohio will be held on Nov. 2. The 11th Congressional District, where Democrat Marcia Fudge stepped down after being confirmed as Housing and Urban Development secretary in Biden’s cabinet, is a heavily blue seat. Ohio’s 15th Congressional District, where Republican Steve Stivers stepped down to become president and CEO of the Ohio Chamber of Commerce, is a red seat.