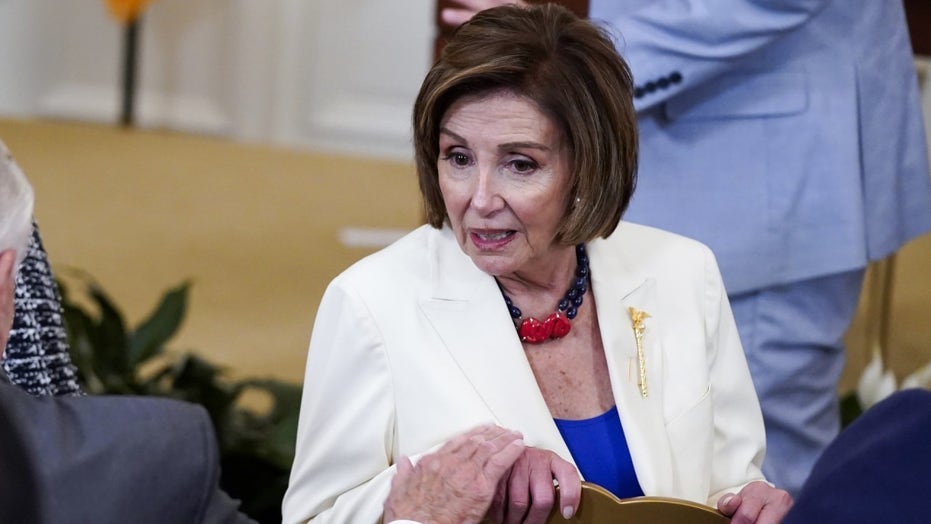 The reason the Senate will almost certainly refuse to approve a 9/11-style commission to probe January’s Capitol riot is because of the bad faith of Nancy Pelosi and her merry band.

House Speaker Nancy Pelosi is not interested in transparency and accountability, or she would come clean about her role in leaving the Capitol Police without the backup they requested on that terrible day.

She is not interested in the truth, or we would know the name of the officer who fatally shot Donald Trump supporter Ashli Babbitt and Pelosi wouldn’t have spent almost five months lying about Officer Brian Sicknick, who died the next day of a stroke, not at the hands of Trump supporters.

No, the only thing Pelosi is interested in is branding Republicans “white supremacists” and “domestic terrorists,” because demonizing their opponents is all the Democrats have for the 2022 midterm elections. They know that after another 18 months of the tender mercies of a Biden administration, voters will be waiting to kick them out.

There was a time when Republican senators such as Ron Johnson and Lindsey Graham wanted Congress to appoint an independent commission to investigate the Jan. 6 riot, as a way to inject truth into the dishonest narrative the Democrats had concocted for their second impeachment of Trump.

No Republican condones the violence that day. The party of law and order has condemned the thugs who attacked Capitol police and smashed their way into the building. Republican members in the House that day were victims just as much as Democrats, if not more. Vice President Mike Pence was the prime target of the real crazies.

So GOP members very much want to get to the bottom of the security failures that allowed the Capitol to be breached.

But that’s the last thing Pelosi wants. She is just grasping for a new weapon to beat up her competition.

That’s why there will not be enough Republican senators willing to rubber stamp her partisan commission.

How can they trust a woman who has maligned GOP members of Congress as “the enemy within” and installed metal detectors at the door of the chamber as a direct insult to her colleagues across the floor.

How can they trust a speaker who demands they wear masks even after vaccination because she says they are “selfish” liars. “Do you want them breathing in your face on the strength of their honor?” she snarled.

She is impossible to work with. If she were a manager in the corporate world she would have been fired long ago.

The pity is that there is much we need to know about the Capitol riot and the cover-up since, so that the public does not continue to be deceived by divisive partisans.

But in the face of nationwide bipartisan consensus that the riot was a lawless outrage, Democrats just won’t stop lying for rank political advantage.

White House press secretary Jen Psaki was at it on Friday, declaring that “a number of officers” died during the riot. Is she really so ignorant?

The reason Democrats keep throwing extra corpses into the mix is because they want to dilute the impact of the one person who really was killed in the Capitol riot. That was Babbitt, an unarmed woman who appeared to pose no threat to the Capitol officer who shot her in the neck as she climbed through a window that day draped in the American flag.

The 35-year-old Iraq war veteran was petite, 5 foot 2 inches tall and weighing 110 pounds. In her backpack was just a sweater and a scarf. Her car was plastered with “Back the Blue” stickers. She was a patriot who signed up for the Air Force straight out of high school in the wake of 9/11.

She had been honored with 12 service awards in her 14 years in the military and did four tours of duty in Iraq and Afghanistan, according to her family’s lawyers.

She came home to a country she felt had lost sight of who the enemy was and instead had turned on itself.

She answered his call to fly across the country from California Jan. 6 to attend what would be his last rally as president.

She made the mistake of entering the Capitol with the mob that day. But she did not deserve to die for that mistake.

She was not a villain, and that is what scares Democrats. It is why Pelosi is bending over backwards to suppress the circumstances of her death from the public, and it is why her devastated family has launched a $10 milllion-plus lawsuit against the Capitol Police.

Her death may have been a justifiable homicide, for all we know, although it is notable that the legal term “justifiable” does not appear in the press release from the Department of Justice closing the investigation into her death without criminal charges.

But the speed and secrecy of the investigation is at odds with the treatment we have seen of police officers involved in other fatal shootings this past year.

One Capitol Police insider said yesterday there are concerns about the safety of the officer and his family if his identity were revealed — which is reasonable. Perhaps it’s a good thing to suppress the names of police officers involved in fatal shootings until public emotion cools.

But the problem is that this special treatment has been afforded only to the police force which protects the politicians in Washington, not to the officers who protect the rest of us.

No, the truth is the last thing Pelosi wants to come out.