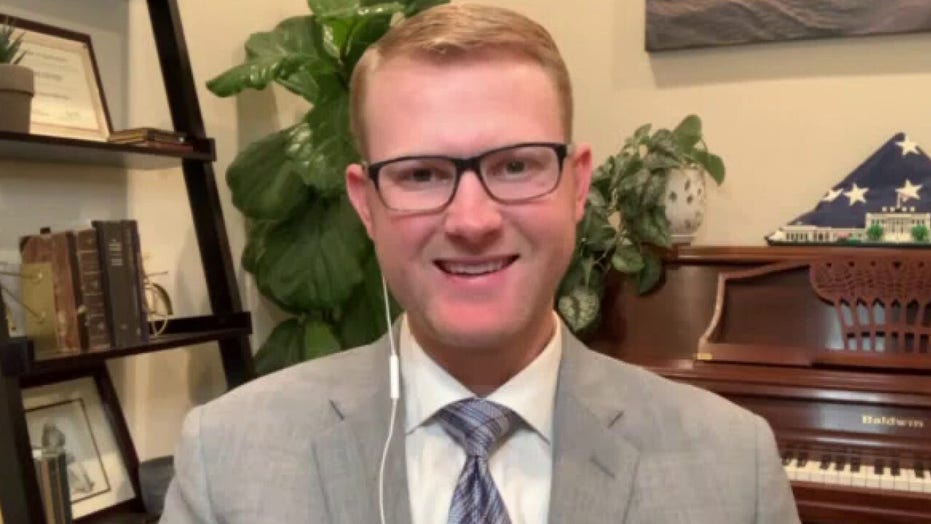 Biden, Trump battle for the state of Pennsylvania

If it comes down to Pennsylvania, Americans will be ‘waiting for weeks’ for an election decision, says Ron Meyer, political analyst.

Military mail-in ballots are still arriving in battleground states such as Pennsylvania, North Carolina, and Nevada, even as President Trump and his campaign protest the counting of votes after Election Day.

Trump has argued that ballots received afterward should not be counted and filed lawsuits to stop the tally in states where he says observers haven't been given "meaningful access" to ensure the process is fair.

WHEN WILL WE KNOW WHO WON THE ELECTION?

In states where the margins between Trump and Democratic opponent Joe Biden are particularly tight, hundreds of thousands of absentee ballots still rolling in are crucial to determining the next president of the United States. Some states allow ballots that are postmarked by Nov. 3 to be tallied even if they arrive later.

Biden has captured 264 Electoral College votes so far, according to Fox News, and needs only one more state to surpass the 270 threshold for a win.

Military mail-in ballots are predicted to surge past levels in 2016, when the U.S. Election Assistance Commission says more than 252,000 active-duty service members cast absentee votes, according to Military.com.

“We won't know the exact number of ballots outstanding, but past elections show the importance of counting these votes,” Jack Noland, research manager at Count Every Hero, an organization focused on ensuring military ballots are tallied, told The Hill.

“It goes without saying that if the race becomes particularly tight, these ballots could be vital,” he said. “This year — especially because of the impacts of COVID-19 — the integrity of the election rests on mail-in votes, including ballots from members of the military, being validated and counted.”

Trump enjoyed a more substantial lead in those states on election night, but it shrank considerably as absentee ballots from Democratic strongholds began to be tallied afterward. Trump has captured 214 electoral college votes so far.