Mike Pompeo: At UN, Biden demonstrates weakness on the world stage once again

Eric Shawn: Climate, COVID and China at the UN

Why? Because once again, Biden demonstrated weakness. He is pushing our allies away and cozying up to our enemies.

American strength is what will deter war; weakness and the potential for cash payouts for our enemies as we did with Iran, only invites attacks.

Joe Biden spoke as if he were living in a different world.

He did not address his administration’s failures in Afghanistan. 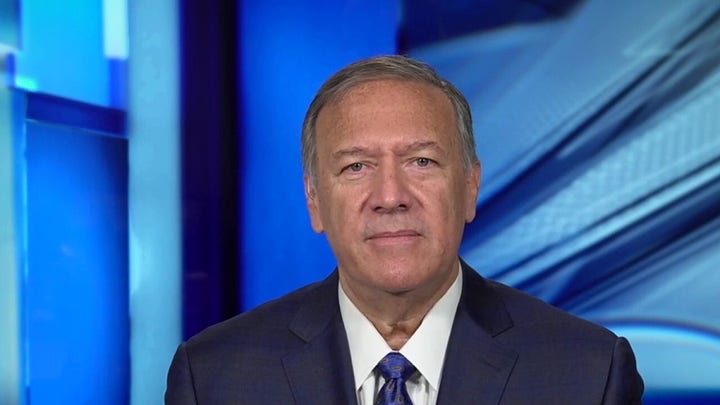 He made a point to mention America’s willingness to reenter the JCPOA, while at the same time offering platitudes about preventing Iran from obtaining a nuclear weapon.

He was singularly focused on climate change, while ignoring many of the pressing security and diplomatic challenges the United States and our allies face.

Most importantly, he failed to call out China.

Providing them a pathway to the development of those nuclear weapons should never be a priority of the United States.  That’s why the Trump administration executed its maximum pressure campaign against Iran – you don’t help your enemies, you deny them. 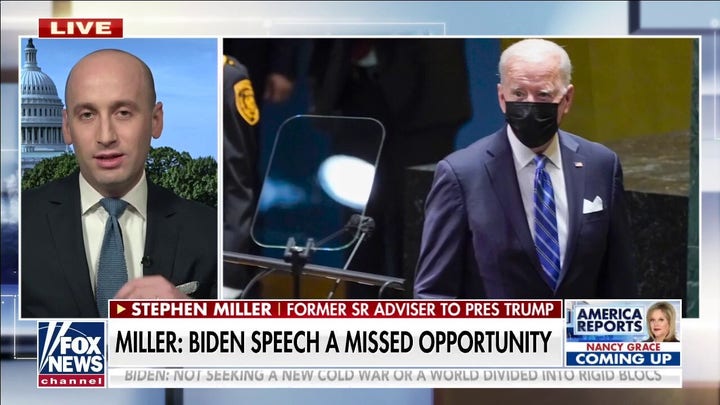 But rather than stand up to our enemies and present the world with strong American leadership in light of the myriad challenges we face, President Biden chose instead to focus primarily on climate change.

He claimed that the world is faced with a “borderless climate crisis” (a poor choice of words, considering the only borderless crisis the United States faces is the immigration crisis playing out right now on our own southern border).

Make no mistake, putting climate first puts America last.  President Biden wishes to subordinate many of America’s most pressing challenges to climate change, putting American security at risk and threatening to devastate our economy while imposing no costs on our adversaries, in particular China, whose leaders care little about the climate pandering of internationalist elites.

Which brings us to China. Perhaps the greatest threat the United States faces right now, and certainly in our lifetime, is the People’s Republic of China, led by the authoritarian rule of the Chinese Communist Party.

To say that the U.S. is “not seeking a new Cold War,” is an unbelievably weak statement to make in front of the world’s leaders.

China clearly sees itself as our adversary and wishes to displace us. They have seized on the weakness of the Biden administration by aligning authoritarians and dictators against the rest of the world.

Beijing has made overtures to Iran and to the Taliban in Afghanistan. They bully and threaten their neighbors, and they trap third world countries in deep debt with broken promises to undertake massive infrastructure projects. And they allowed the spread of the coronavirus around the world with impunity.

This is not to say we shouldn’t work with China where possible, but effective American diplomacy necessarily relies on American strength and credibility.  Unfortunately, this administration seems to care little for either.

President Biden was right in saying the world sits at a critical moment and that the world needs strong American leadership.

Unfortunately, that leadership was nowhere to be found during President Biden’s address.