Activists urge Democrats to build a case by showing Republicans are determined to block popular liberal legislation on voting rights, immigration and guns.

On Tuesday, Senator Mitch McConnell warned Democrats that if they modified or eliminated the filibuster Republicans would bring the Senate to a standstill, and derail President Biden’s agenda in retaliation.

So let me say this very clearly for all 99 of my colleagues: Nobody serving in this chamber can even begin, can even begin to imagine what a completely scorched earth Senate would look like. None of us have served one minute in a Senate that was completely drained of comity and consent. Even the most basic aspects of our colleagues’ agenda, the most mundane tasks of the Biden presidency, would actually be hard — harder, not easier. Perhaps the majority would come after the other rules next. Perhaps Rule 22 would just be the first domino of many until the Senate ceased to be distinct from the House in any respect. This chaos would not open up an express lane to liberal change. It would not open up an express lane for the Biden presidency to speed into the history books. The Senate would be more like a 100-car pileup — nothing moving. 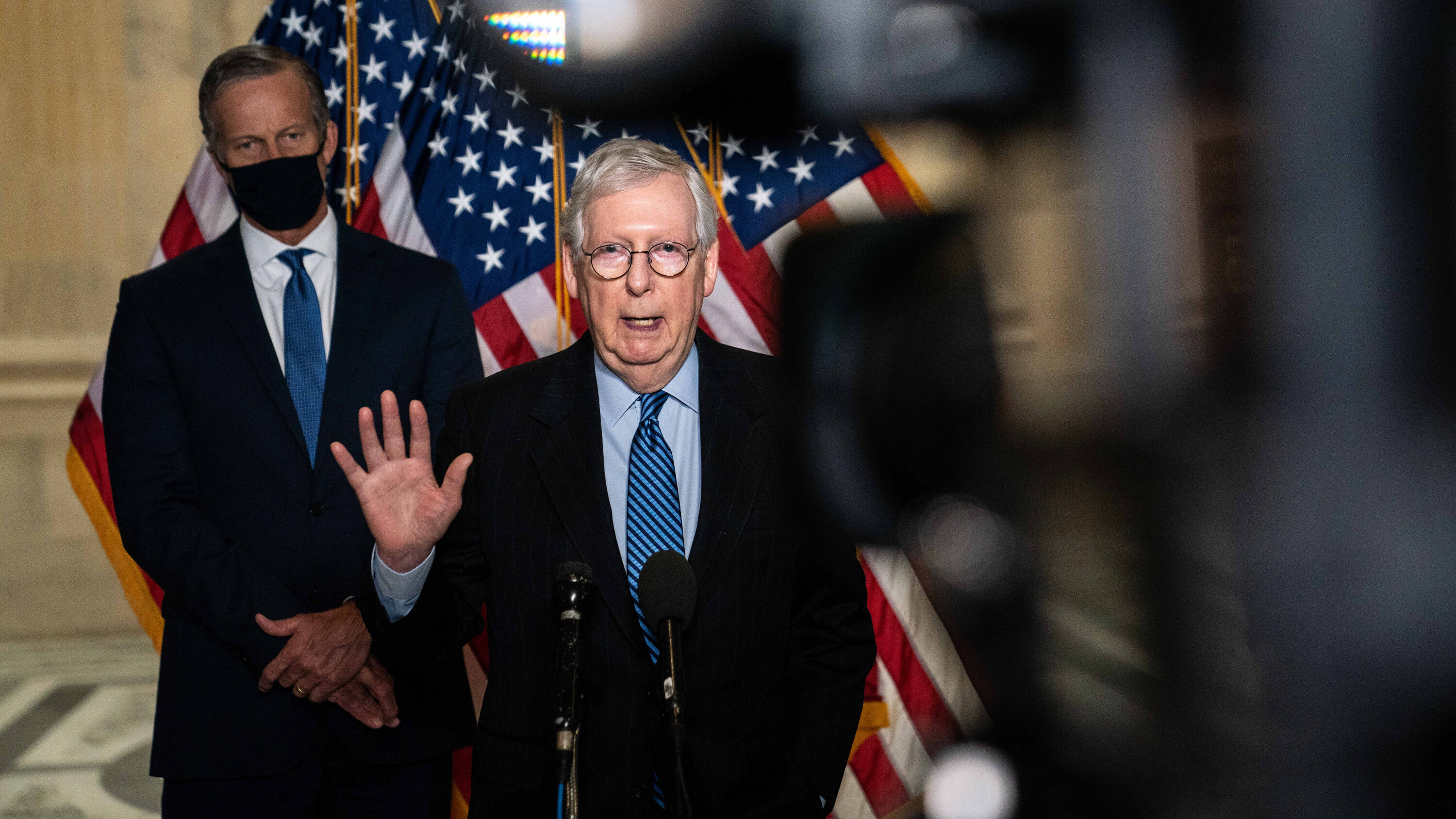 WASHINGTON — The fight over the Senate filibuster escalated sharply on Tuesday, as President Biden for the first time threw his weight behind changing the rules even as Senator Mitch McConnell, the Republican leader, threatened harsh reprisals if Democrats moved to weaken the procedural tactic.

In an interview with ABC News, Mr. Biden gave his most direct endorsement yet of overhauling the filibuster, saying that he favored a return to what is called the talking filibuster: the requirement that opponents of legislation occupy the floor and make their case against it.

“I don’t think that you have to eliminate the filibuster; you have to do it what it used to be when I first got to the Senate back in the old days,” the president said. “You had to stand up and command the floor, and you had to keep talking.” The comments were a significant departure for Mr. Biden, a 36-year veteran of the Senate who has been frequently described by aides as reluctant to alter Senate procedure.

“It’s getting to the point where, you know, democracy is having a hard time functioning,” he added.

Currently, senators need only register their objections to legislation to force supporters to produce 60 votes to break the filibuster, which has become a near-daily part of Senate life. Requiring opponents to hold the floor would put more of the burden on them and theoretically make it harder for them to sustain their opposition.

Mr. Biden’s comments came as Mr. McConnell issued his stark warning and the president’s allies on Capitol Hill began building a public case for the elimination of the tactic.

After Senator Richard J. Durbin of Illinois, the No. 2 Senate Democrat, called for changes to reduce the power of the procedural tactic, Mr. McConnell of Kentucky bluntly promised a “scorched-earth” response and pledged to grind the Senate to a standstill and derail Mr. Biden’s agenda if Democrats took that step.