Matt Hancock on the brink: Health Secretary caught in cheating scandal – job on the line

The alleged cheating scandal is the latest in a series of questions about the conduct of the Health Secretary. Questions have been raised about his handling of the personal protective equipment shortage, the discharge of Covid patients from hospital to care homes, and the handing out of pandemic Government contracts to close personal friends.

The emergence of CCTV footage showing him clinching the bottom of his aide Gina Coladangelo and kissing her in a Department for Health corridor has ramped up the pressure on Mr Hancock.

The pictures of the pair embracing are thought to be from May 6, two weeks before the rules on hugging were eased.

Last year, Government scientist Professor Neil Ferguson was forced to resign after he was caught breaking lockdown rules to meet his married lover. 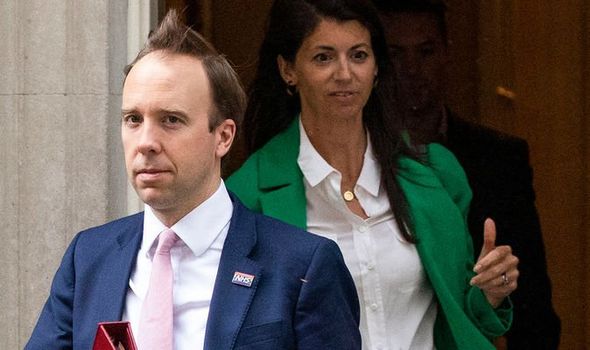 Mr Hancock has been married for 15 years and has three children.

Ms Coladangelo was brought in to advise the Health Secretary voluntarily on the handling of the pandemic last March.

However, she was later placed on the payroll, using taxpayer cash to fund her role.

Express.co.uk has contacted a representative of Mr Hancock for comment.

A friend of the Health Secretary told The Sun, who were the first to publish the pictures, he had not broken the rules.

They said: “He has no comment on personal matters. No rules have been broken.” 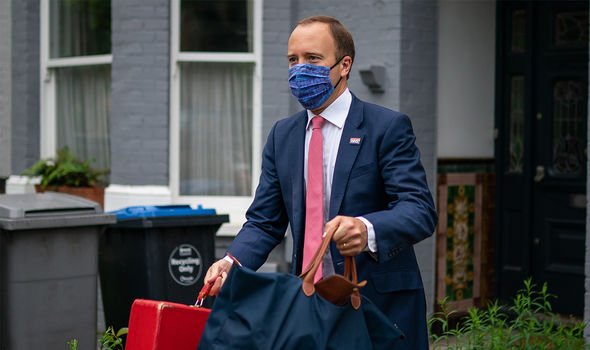 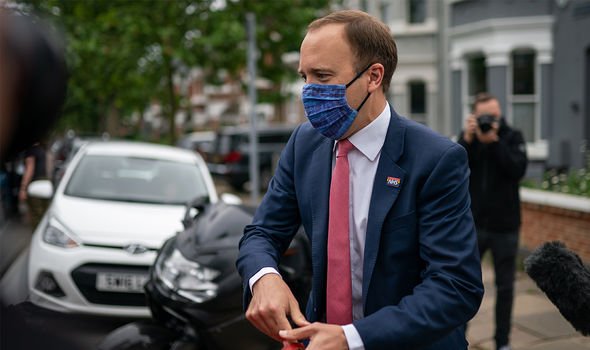 And amid the goring calls for Mr Johnson to sack the West Suffolk MP, Transport Secretary Grant Shapps this morning said the appointment of Ms Coladangelo was subject to strict hiring process.

He told Times Radio: “First of all, I think the actual issue is entirely personal for Matt Hancock.

“In terms of rules, anyone who has been appointed has to go through an incredibly rigorous process in Government, so whatever the rules are, the rules will have to be followed. 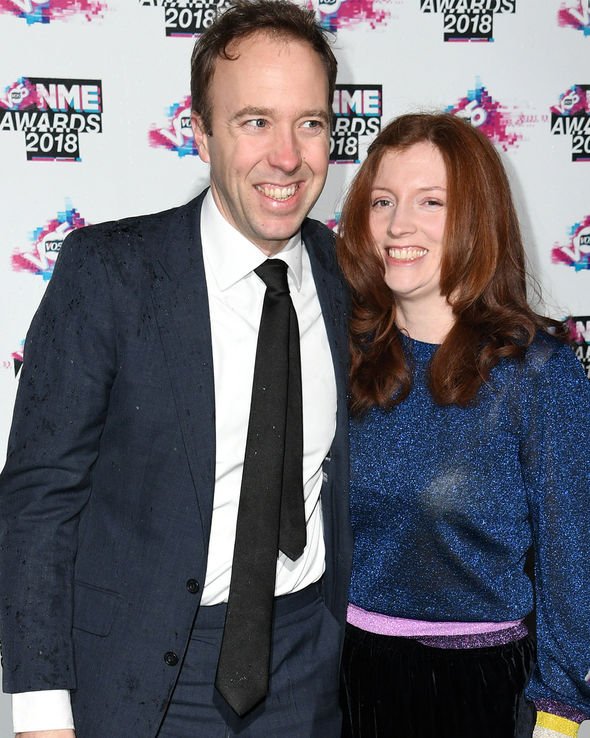 “There are no short cuts to that, as anyone who has had anything to do with the appointments system in the Civil Service knows.

“There are very strict rules in place.”

Mr Johnson’s former chief aide, Dominic Cummings, has previously said he called for the Health Secretary to “have been fired for at least 15, 20, things” relating to his conduct in office.

He said the MP was guilty of “lying to everybody on multiple occasions, in meeting after meeting in the Cabinet room and publicly”.

Mr Cummings has also shared WhatsApp messages that appear to show Mr Johnson referring to the Health Secretary as “hopeless”.

Earlier this week the Queen appeared to take pity on the Health Secretary for the constant slur of allegations made against him.

“Poor man” she was heard saying on camera as she spoke about Mr Hancock to the Prime Minister.

As recently as last week Mr Johnson said he had “full confidence” in the Health Secretary.