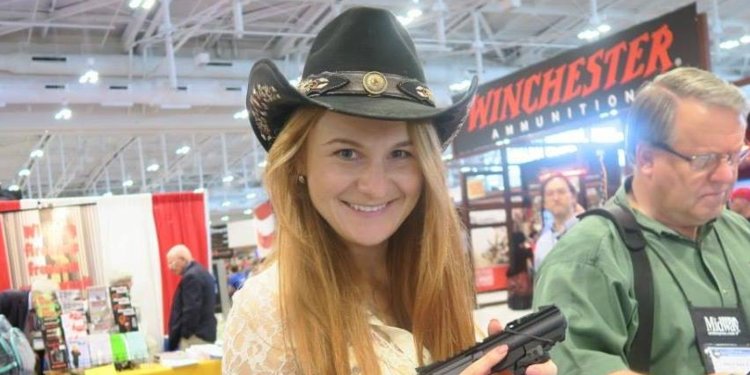 
Sign up for the latest Russia investigation updates here»

In a new court filing Wednesday, the Department of Justice (DOJ) said Maria Butina, the 29-year-old Russian national indicted this week on espionage charges, traded sex for favors while making her way into US politics in Washington, DC.

In the filing, the DOJ requested that Butina be detained pending trial, arguing that she does not have strong ties to the US and could be a flight risk.

“During the course of this investigation, the FBI has determined that Butina gained access through US Person 1 to an extensive network of US persons in positions to influence political activities in the United States,” the document said.

US Person 1 is not identified by name, but is widely believed to be longtime GOP strategist and gun rights activist Paul Erickson. The filing says Butina and US Person 1 are believed to have been involved in a relationship and lived together.

“But this relationship does not represent a strong tie to the United States because Butina appears to treat it as simply a necessary aspect of her activities,” the document said.

“For example, on at least one occasion, Butina offered an individual other than US Person 1 sex in exchange for a position within a special interest organization,” it continued. “Further, in papers seized by the FBI, Butina complained about living with US Person 1 and expressed disdain for continuing to cohabitate with US Person 1.”

Robert Driscoll, an attorney for Butina, said in a statement to the Washington Post that she “intends to defend her rights vigorously and looks forward to clearing her name.”

Butina has been acquainted with Erickson since at least 2013, and they continued to work closely together through their ties to the National Rifle Association.

An FBI affidavit submitted along with a criminal complaint against Butina last week said she and US Person 1 worked together to arrange introductions to other Americans who are influential in US politics, “including an organization promoting gun rights … for the purpose of advancing the agenda of the Russian Federation.”

Erickson first invited scrutiny last year, when The New York Times reported that he emailed Trump campaign aide Rick Dearborn in May 2016, with the subject line “Kremlin Connection,” telling him that he could arrange a backdoor meeting between Trump and Russian President Vladimir Putin.

Erickson wrote that Russia was “quietly but actively seeking a dialogue with the US.”

The Russian banker Alexander Torshin, a close Putin ally, was apparently supposed to get in touch with Trump from Russia’s side. Erickson described him in an email as “President Putin’s emissary on this front.”

Erickson wrote that Torshin would make “first contact” with the campaign at a dinner honoring wounded veterans. Neither Trump nor his campaign advisers attended the reception. But Donald Trump Jr. and Torshin did attend a separate NRA dinner the same night.

The report bolsters the DOJ’s claim that Butina worked with a high ranking Russian official to establish a “back channel” between the US and Russia.

The DOJ also said in its filing that Butina and US Person 1 took steps “consistent with a plan to leave” Washington, DC, in the days leading up to her arrest last weekend.

Those steps, according to the document, included applying for a visa that would allow her to travel to and from the US; looking into getting a moving truck and purchasing moving boxes; making a wire transfer of $3,500 to an account in Russia; packing up her belongings, and leaving a letter telling her landlord she and US Person 1 would end their lease by the end of July.

The document continued, saying that even if Butina was only planning on leaving the immediate DC area, US Person 1 was her “sole real tie” to the US. This person was “instrumental in aiding her covert influence operation, despite knowing its connections to the Russian Official.”