It’s been nearly a quarter of a century after President Bill Clinton began his ill-fated affair with White House intern Monica Lewinsky that nearly brought down his presidency.

In her memoir posthumously published last month, Linda Tripp, the former White House and Pentagon employee who blew the lid off the scandal, revealed how she first learned of the affair. 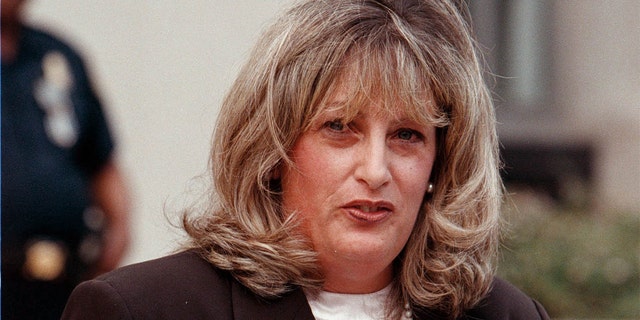 Linda Tripp talks to the press outside the Federal Courthouse July 29, 1998 in Washington, DC.
(Getty Images)

Tripp said she met Lewinsky in April 1996 after she was transferred from the White House to the Pentagon’s Public Affairs Office. She said Lewinsky hinted that she “belonged to someone with influence,” but it was not until a few months later that her “benefactor” was Bill Clinton.

Tripp relayed how Lewinsky attended Clinton’s 50th birthday party at Madison Square Garden. She said when Lewinsky returned she boasted that “she had ‘made actual contact’ with him in a peculiarly personal way.”

“Right after the November election, she would lay all her cards on the table and open up to me about him. She was like a high school girl losing her virginity to the cute captain of the football team and then bragging about it to her friends,” Trip wrote in her book.

“The saddest part was that this grope validated, in her mind, a sort of secret romance between them. She may not have been Marilyn Monroe singing to her guy, but she was Monica and he was the president, and this was good enough. For now.”

Tripp died in April of late-stage pancreatic cancer and lymph node cancer. Her book, “A Basket of Deplorables: What I Saw Inside the Clinton White House” was released in December.