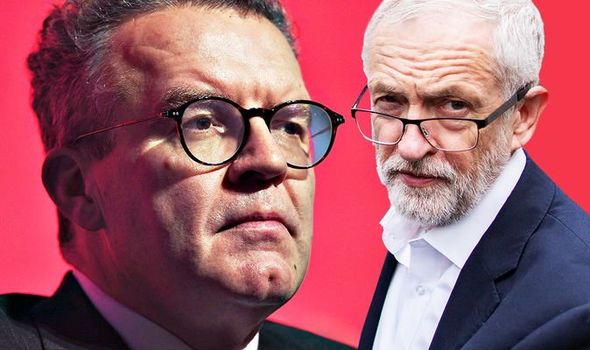 The poll found nearly two-thirds of Labour Party members surveyed wanted to hold a vote on whether to kick out Mr Watson, who has been critical of his own party’s failings on anti-Semitism and Brexit. LabourList website found that 63.3 percent of Labour members polled wanted an election on the party’s deputy leadership.

Although popular among Labour MPs, Mr Watson has come under fire from Corbyn-supporters for publicly ramping up calls for a new Brexit vote – only to be slapped down by his leader.

He has also been outspoken and critical over his parry’s failure to deal with the ongoing anti-Semitism crisis.

An ally of Mr Watson said the poll was part of a “coordinated attempt” to silence him.

He told the Daily Telegraph: “The only way to challenge Tom is for 15 percent of MPs to challenge him and that’s not going to happen.”

The poll comes after Emily Thornberry was axed from the Labour Party’s front bench today as Rebecca Long-Bailey replaced her for the first time at Wednesday’s PMQs – just days after the shadow foreign secretary hit out at her party’s Brexit policy.

Mrs Thornberry has publicly supported a public vote – which may overturn the result of the 2016 EU Referendum – alongside Mr Watson and Shadow Chancellor John McDonnell. 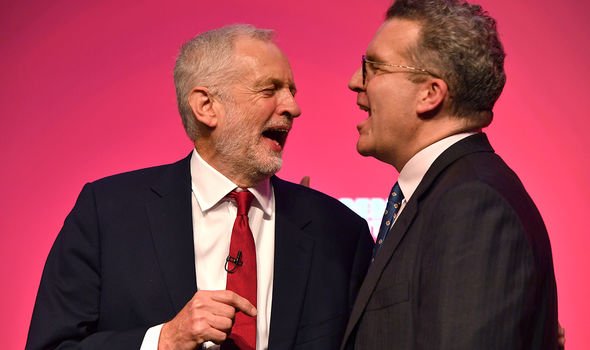 In the aftermath of the sounding defeat suffered by her party at the European elections on May 26, the senior Labour figures said their party should have openly campaigned for a second referendum.