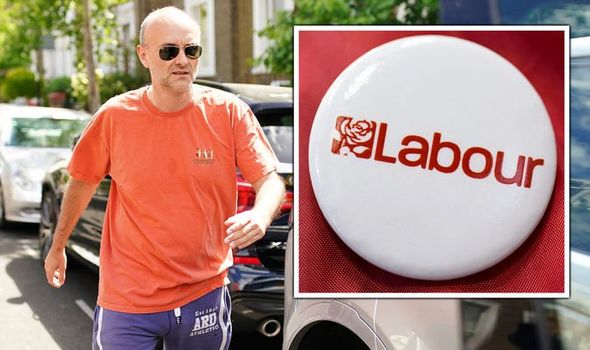 According to a joint investigation by the Guardian and Daily Mirror, Mr Cummings was spotted twice in the North East over the course of almost a week, between March 31 and April 5.

He had allegedly made the 250-mile trip whilst he and his wife were both displaying symptoms of coronoavirus.

In a letter to Sir Mark Sedwill, Shadow Cabinet Office minister Rachel Reeves said: “The British people have made important and painful sacrifices to support the national effort, including being away from family in times of need.

“It is therefore vital that the Government can reassure the public that its most senior figures have been adhering to the same rules as everyone else.”

This includes when the Prime Minister was made aware of the decision from Mr Cummings to travel from London to Durham during lockdown.

The letter adds: The British people do not expect there to be one rule for them and another rule for the Prime Minister’s most senior adviser.

SNP Westminster leader Ian Blackford has called on Sir Mark to investigate the “rule-breaking and the Tory Government’s cover-up” of Mr Cummings’ lockdown journey to Durham.

In a letter to the head of the civil service, Mr Blackford highlighted the “matter of serious public concern” with several questions for Mr Johnson, including when he found out about his adviser’s trip and what role the Government played in “keeping the public in the dark for eight weeks”.

He said: “I have written to Sir Mark Sedwill seeking an immediate investigation into the rule-breaking and the Tory Government’s cover-up – and to call for Dominic Cummings to resign or be sacked.

“Boris Johnson must answer serious questions about his role in this incident and the cover-up – including when he found out, when he heard about the police action, why Mr Cummings wasn’t sacked immediately, and why he kept the public in the dark for eight weeks until a newspaper broke the story.

Mr Blackford added: “This is a matter of leadership and judgment for the Prime Minister who must prevent lasting damage to his Government and his own reputation.

“Millions of us have made huge sacrifices over the months to obey the rules, while Boris Johnson’s most senior adviser was breaking them.

“There cannot be one rule for the Tory Government and another for the rest of us.”

Earlier, Mr Cummings insisted he “behaved reasonably and legally” when he made the 250-mile trip during the height of the coronavirus pandemic and lockdown.

When a reporter suggested to him outside his home in the capital the trip to the North East did not look good, Mr Cummings replied: “Who cares about good looks.

“It’s a question of doing the right thing. It’s not about what you guys think.”