Home » Politics » Kemi Badenoch: I will deliver for the millions who backed us in 2019

Kemi Badenoch: I will deliver for the millions who backed us in 2019

The former equalities minister finished fourth in the most recent round of the contest, but insists she is still “in this race to win it.” 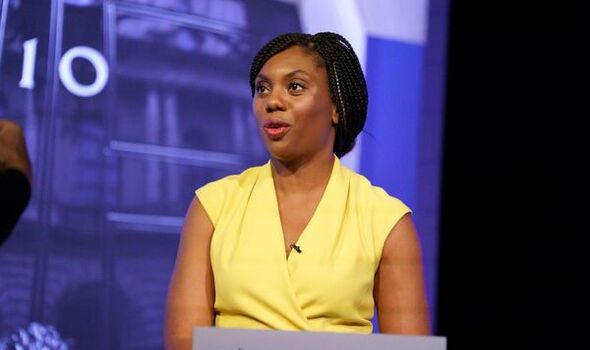 Ms Badenoch admitted that the Government’s plans for the country had been “knocked off course” and said she is the person to get things back on track.

In a personal message to voters who gave the Tories a historic 80-seat majority in 2019, she told the Sunday Express: “Millions of people voted for the party because you trusted us to deliver.

“When your voices had been taken for granted for so long by Labour and the political establishment, the Conservative Party promised to put you and your priorities first again. Since then our plans have been knocked off course – but I intend to correct that.”

Ms Badenoch’s supporters include former Levelling-Up Secretary Michael Gove. She will hope that former supporters of Attorney General Suella Braverman’s doomed campaign will back her.

However, ex-Brexit minister Lord Frost has called for her to “stand down in return for a serious job” in a Liz Truss administration.

Ms Badenoch, 42, insisted in her message to voters that she has a clear mission. She said: “I am putting myself forward for leader first and foremost to tell the truth. For too long politicians have focused on telling people what they want to hear, rather than being straight with them.

“I’m here to be honest with you. This is a great country with great people but we face some grave challenges. The cost of living is soaring, our economy is imbalanced and our culture and values are under threat.

“But I am an engineer and a problem solver. I have the courage, conviction and clarity of thought to fix these problems. This means fixing government so it is working in your favour.”

Describing the significance of the 2016 Brexit vote and the most recent general election, Ms Badenoch said: “(It) sent a clear message to the heart of Whitehall. People are tired of the same old consensus that more and more government is the answer to our problems, that as long as we are making good headlines today, tomorrow’s prosperity can wait.

“No more. I am the candidate to bring about the change and renewal we need. I understand the problems we are facing and how we can fix them.

“I have a track record of getting things done in government – so you can trust me to be straight with you, and trust me to deliver.”